Fans are back! Ashton United open gates to 300 supporters for their pre-season friendly against Swindon after Government ruling allowing clubs at step three and below to  admit them for first time since March

Fans have finally been able to return to the stands to watch live football, after a limited reintroduction was permitted for Ashton United’s friendly clash with Swindon Town.

The return was officially authorised by the Government after the guidance on recreational sport and attendance was updated earlier in the week.

It was determined that spectators are now allowed to attend football in the seventh tier and below, meaning Ashton United’s friendly with League One side Swindon Town was able to sell off tickets. 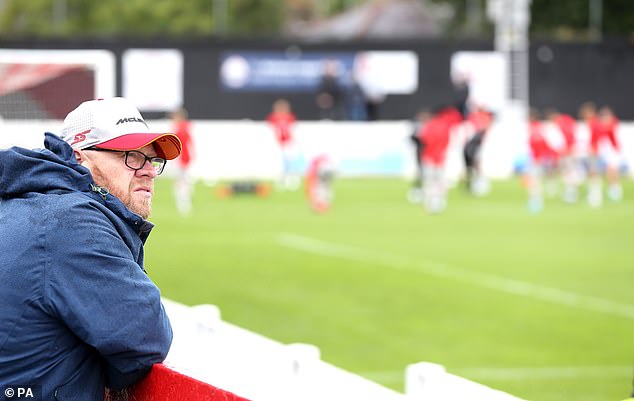 Fans have finally returned to watch football, in small numbers, for the first time since March 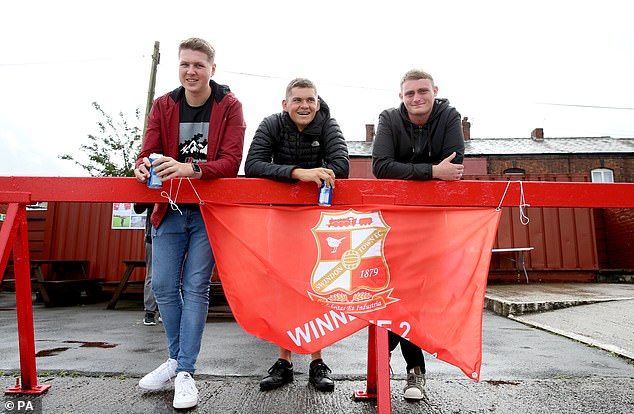 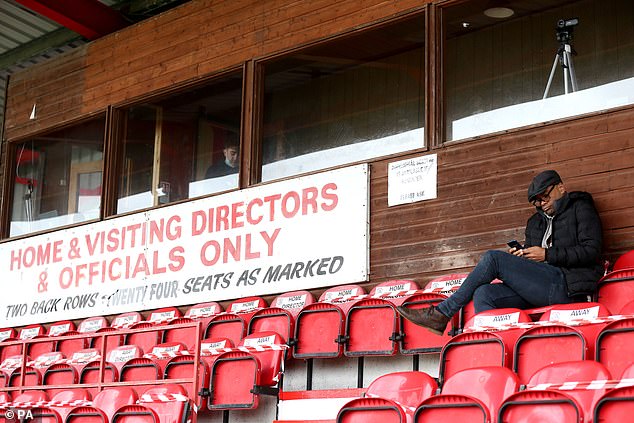 ‘Due to an announcement by the FA, a maximum of 300 fans will be able to attend the game so tickets will be limited,’ Ashton United wrote on their official website in the lead up to the match.

Tickets were sold online only priced at £5 for all ages, with no sales permitted on the day of the match.

Images have now emerged showing the welcome sign of fans returning to the Hurst Cross Stadium in small numbers, albeit with a host of measures in place.

Supporters were required to pass through sanitising stations on their way into the ground, to ensure hands were fully cleansed. 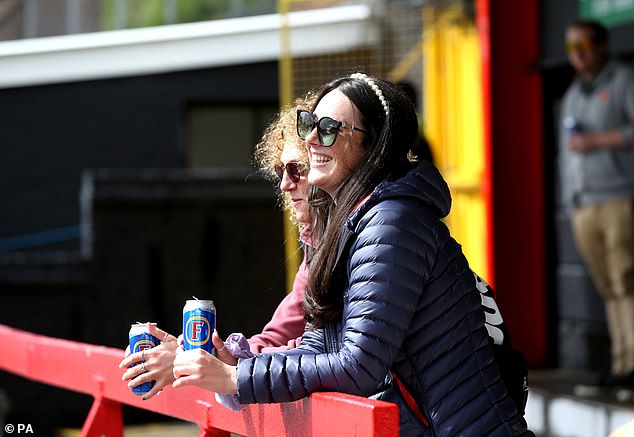 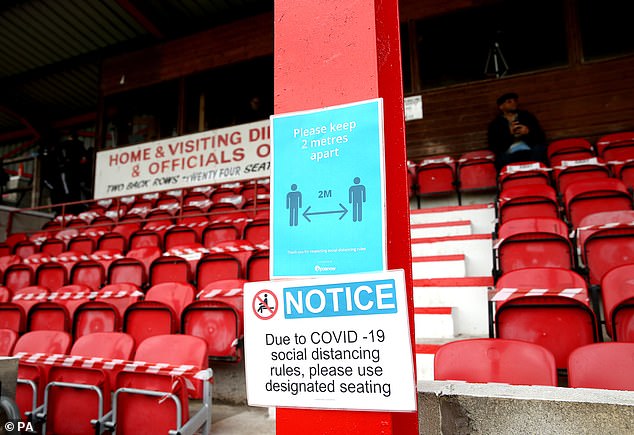 Signs were placed up around the stadium, giving fans instructions on what measures to take 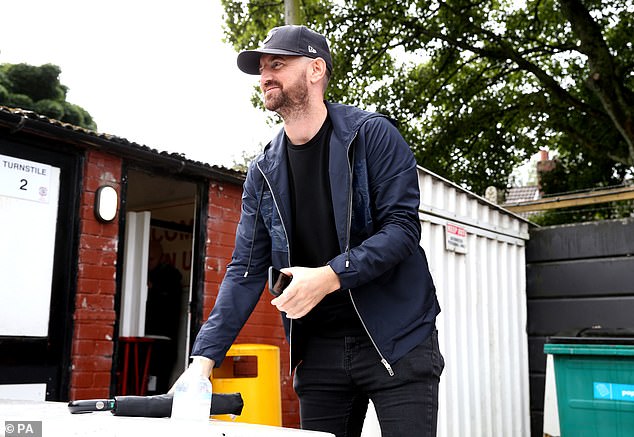 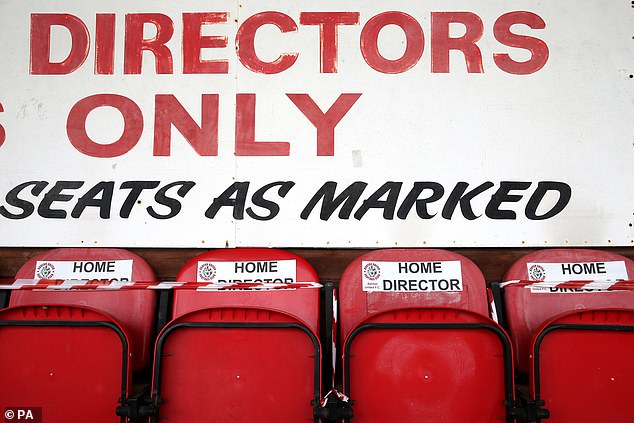 Certain sections of seating were also completely cordoned off, in order to maintain social distancing and give fans a one way system to make their way around the stands.

Home fans flocked to the match, while away supporters also showed how much they had been missing football by making the long trip up to the north west.

A group of Swindon fans were seen proudly flying a red flag of their side, having made the 170-mile journey from Wiltshire.

Going forward it has been communicated in Government guidelines that fans will need to abide by social distancing rules, and spectator groups must be restricted to ‘discrete six-person gathering limits’. 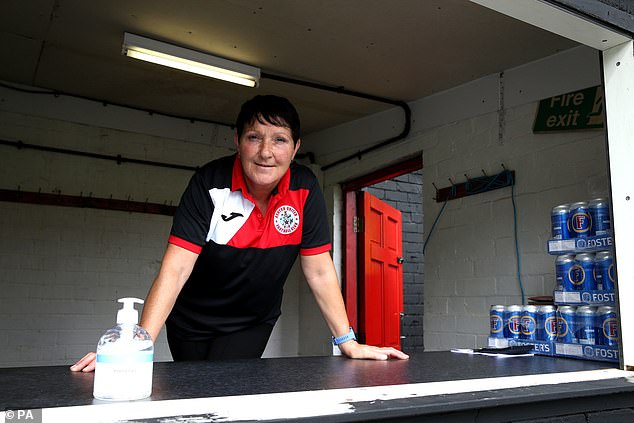 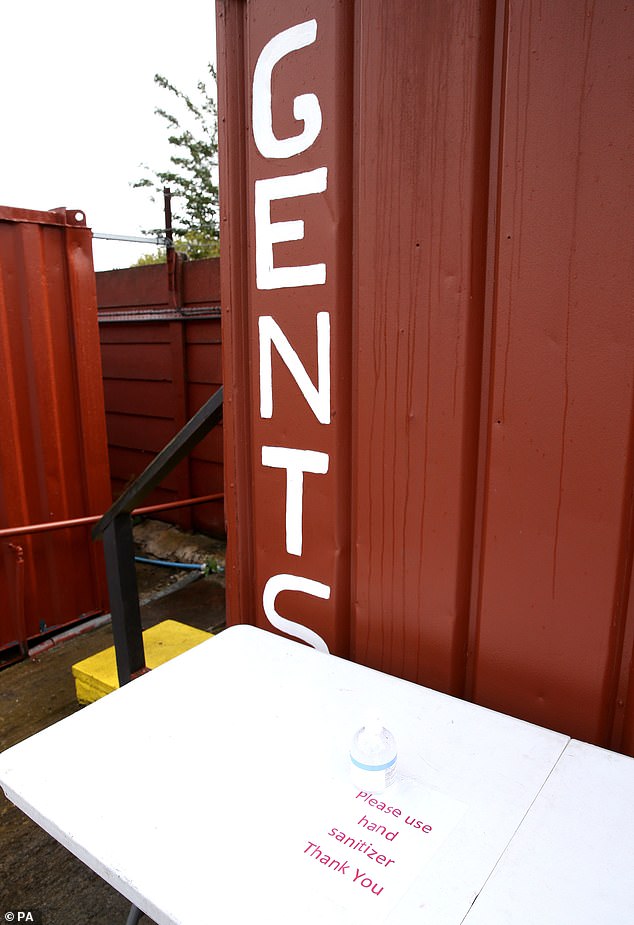 Distancing measures were also in place at the toilets, with fans instructed to sanitize

A campaign using the ‘#LetFansIn’ hashtag gained significant traction among non-league clubs in recent days, while two petitions supporting the cause have received several thousand signatures.

The latest ruling on football attendance applies only to those in the lower divisions, and extended guidelines are expected in the coming weeks regarding how football plans to safety return fans to the stands across all tiers of the game.