Fans have torn into Manchester United for ‘letting go of the wrong goalkeeper’ after contrasting displays from David de Gea and Dean Henderson this weekend.

Henderson, who was number two behind De Gea at Old Trafford last season but did not play a single Premier League game, joined newly-promoted Nottingham Forest on loan at the start of July.

But just two weeks into the season, the early signs suggest that United may have been better off keeping the one-cap England international. 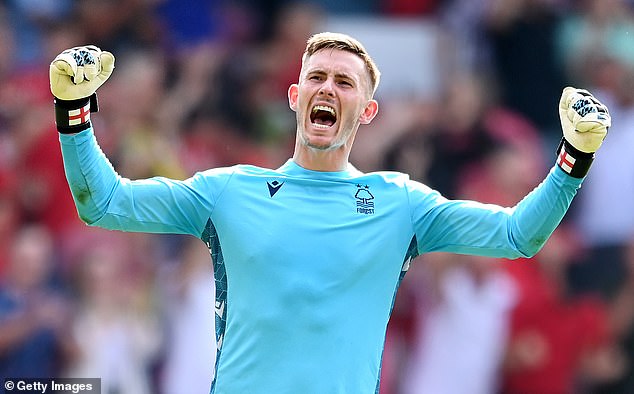 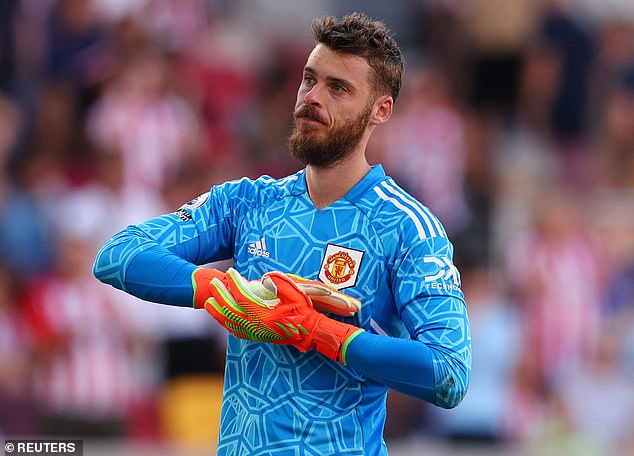 De Gea had a horror show between the sticks in United’s shambolic 4-0 defeat to Brentford on Saturday and after the game he accepted responsibility for the result.

The Spaniard somehow let Josh Dasilva’s shot squirm past him after only 10 minutes, before his sloppy pass to Christian Eriksen on the edge of the United penalty area led to Mathias Jensen stealing the ball to double the Bees’ lead.

In comparison, Henderson kept a clean sheet as Forest got off the mark for the season with a 1-0 win over West Ham on Sunday.

The 25-year-old played a vital role in the victory as he saved a second half penalty from Declan Rice.

Tearing into United on Twitter, one fan wrote: ‘Dean Henderson having the game of his life the day after that De Gea disaster class. How do this club get every big decision wrong.’

‘Man Utd should sign this Forest keeper, he looks handy,’ another supporter joked.

Telling Sky Sports about his penalty save after the game, Henderson said: ‘I know Dec’s favoured side, I’ve trained with him before. But you never know if he’ll change it up last minute. I stuck with what I knew and luckily he put it there.’ 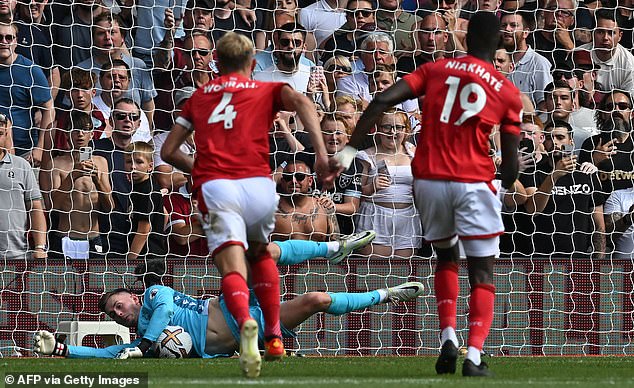 The Forest goalkeeper was slammed by United fans earlier this month as he described his treatment at Old Trafford as ‘criminal’ in an extraordinary interview with TalkSPORT.

‘To be quite honest with you, it’s probably been the toughest 12 months of my career,’ Henderson said. ‘It’s been tough, it’s been hard and I’m so happy I’ve come out the other end of it now.

‘The conversation I had, coming out of the Euros squad (with England), was that you’re coming back here (to United) to be the No 1 goalkeeper. I got Covid, then unfortunately no-one followed through with anything they told me.

‘It’s frustrating as well, because I turned so many good loans down last summer for that reason and they wouldn’t let me go. To sit there and waste 12 months is criminal, really, at my age. I was fuming.’