Smith and her husband Michael Wynn-Jones are the club's majority shareholders, with Smith having been on the board at Carrow Road since 1996.

She is regularly in attendance at matches both home and away, having become one of Norwich's most infamous fans following her half-time rallying cry against Manchester City in February 2005.

However, she has once again caught the eye of supporters after appearing to fall asleep during her side's 1-1 draw against Newcastle at St. James' Park on Tuesday night.

After being reduced to 10 men in the ninth minute following a red card for Ciaran Clark, the hosts took the lead through a Callum Wilson penalty just after the hour mark.

Norwich rescued a point 11 minutes from time, though, thanks to a thunderous volley from Finnish striker Teemu Pukki which leaves them three points from safety.

However, following the equaliser, fans spotted the 80-year-old cooking seemingly asleep in the stands after being picked up by a television camera.

"Delia Smith falling asleep has been the highlight of this match," tweeted one supporter, seemingly unimpressed by the quality of the relegation six-pointer.

What's the most embarrassing thing you've seen at a football match? Let us know in the comments section.

A third supporter joked: "Delia Smith trying to contact the living at this Norwich match."

"Delia Smith seems absolutely glued to the action here tonight," added another fan, accompanied with a clip of Smith seeming to doze off after speaking to the person sat next to her.

Smith had been captured by the Amazon Prime Video cameras shortly after Pukki's equaliser, with the goal clearly not springing the Norwich into life. 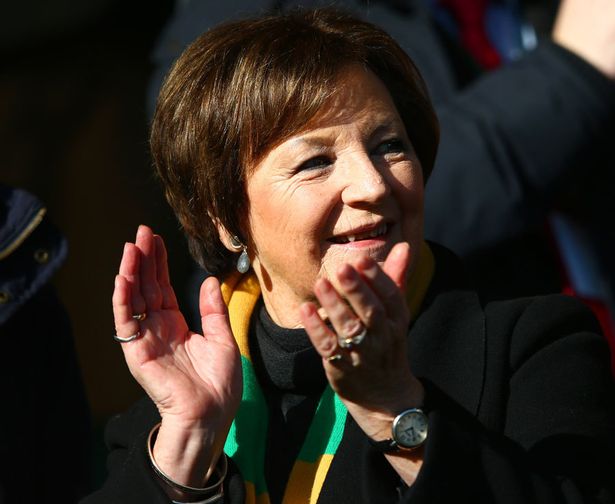 The point at Newcastle means that Norwich remain unbeaten under new boss Dean Smith following a win over Southampton and a draw with Wolves since he replaced Daniel Farke.

It also sees the club make it four matches without defeat and leaves them within touching distance of 17th-placed Leeds United after 14 matches of the season.