Fenerbahce have furiously denied that Mesut Ozil is refusing to play for the club due to unpaid wages, branding reports on the matter as ‘fake news’.

Turkish broadcaster Volkan Demir suggested on television channel A Spor that the former Arsenal midfielder had gone on strike over not being paid.

Ozil has not featured for Fenerbahce since January 19, missing the last seven matches in all competitions because of a back injury. 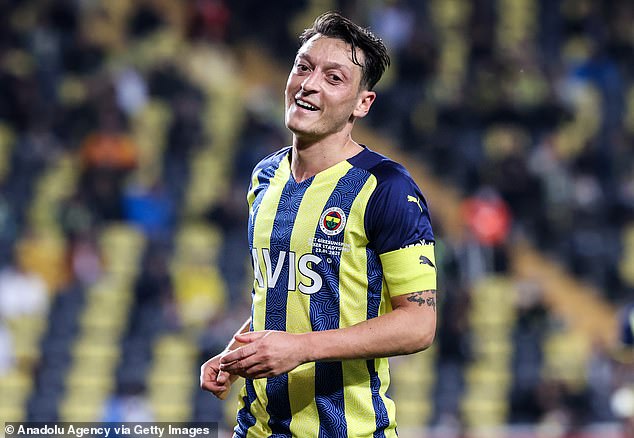 Mesut Ozil has not played for Fenerbahce since January 19, missing seven matches in total

Following the claim that the real reason for the German’s absence was salary-related, the Turkish Super Lig outfit released a strongly worded statement to refute the idea.

‘The news that Mesut Ozil did not play because his debts from the club were not paid have nothing to do with the facts,’ the club said.

‘As we have often experienced, this kind of fake news that is created completely haphazardly without being confirmed by any official from our club is beyond our tolerance limit. 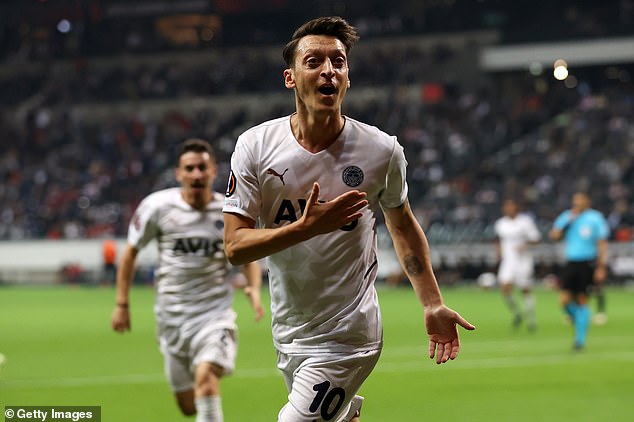 The 33-year-old midfielder is on a reported salary of just under £3.5million a year in Turkey

‘Despite the heavy economic conditions at Fenerbahce, payments have been made on time until now.

‘We invite Volkan Demir, who voiced this news, to correct his comment and apologise. Otherwise, we would like to point out that our club will not be able to take part in any organization or facility it hosts.’

Fenerbahce are currently in over £312million of debt and have been placed under strict financial constraints by UEFA. 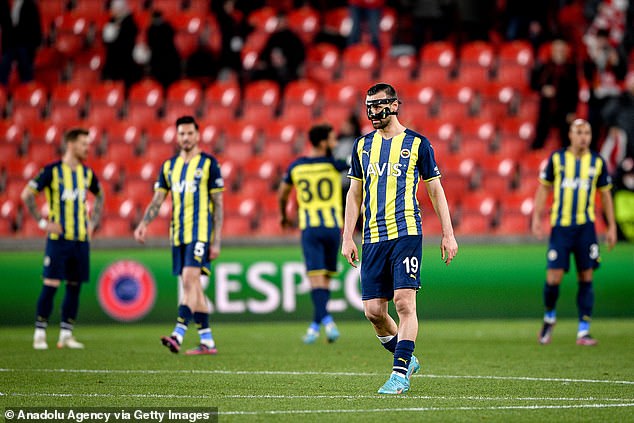 They signed Ozil on a free transfer from Arsenal in January 2021, but it was reported that the midfielder would be earning just under £3.5million a year in Turkey.

Spanish outlet Diario AS claimed last September that the 33-year-old was unhappy at Fenerbahce and was keen to secure a move away from the club.

Ozil has made 23 appearances in all competitions this season, scoring eight goals. Fenerbahce are currently fourth in the Super Lig – 20 points behind leaders Trabzonspor – and were knocked out of the Europa Conference League by Slavia Prague last month.