‘Brb Twitter, see you in a couple of weeks’: Manchester United legends Rio Ferdinand and Gary Neville joke that they are signing off Twitter as Liverpool win the Premier League

Manchester United legends Rio Ferdinand and Gary Neville have joked that they are signing off from Twitter after Liverpool were crowned Premier League champions.

After a 30 year wait for the league title, Liverpool won the title on Thursday night as Chelsea beat Manchester City 2-1.

’28 wins out of 31 games….nothing but praise for you! Thoroughly deserved…. Relentless appetite….especially losing it last season after being so good. Mentally tough!’. 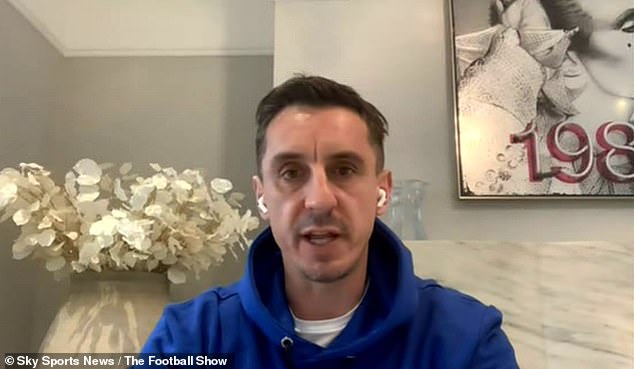 The former right-back certainly didn’t want to discuss Liverpool’s remarkable feat, which had been delayed due to the coronavirus pandemic.

Once the league started, however, it appeared only a matter of time before Liverpool were crowned champions, such was the substantial nature of their lead over Manchester City.

Earlier in the season Neville had tweeted a video of himself unpopping a bottle of champagne when Liverpool’s unbeaten run in the league came to an end as they were beaten by Watford.