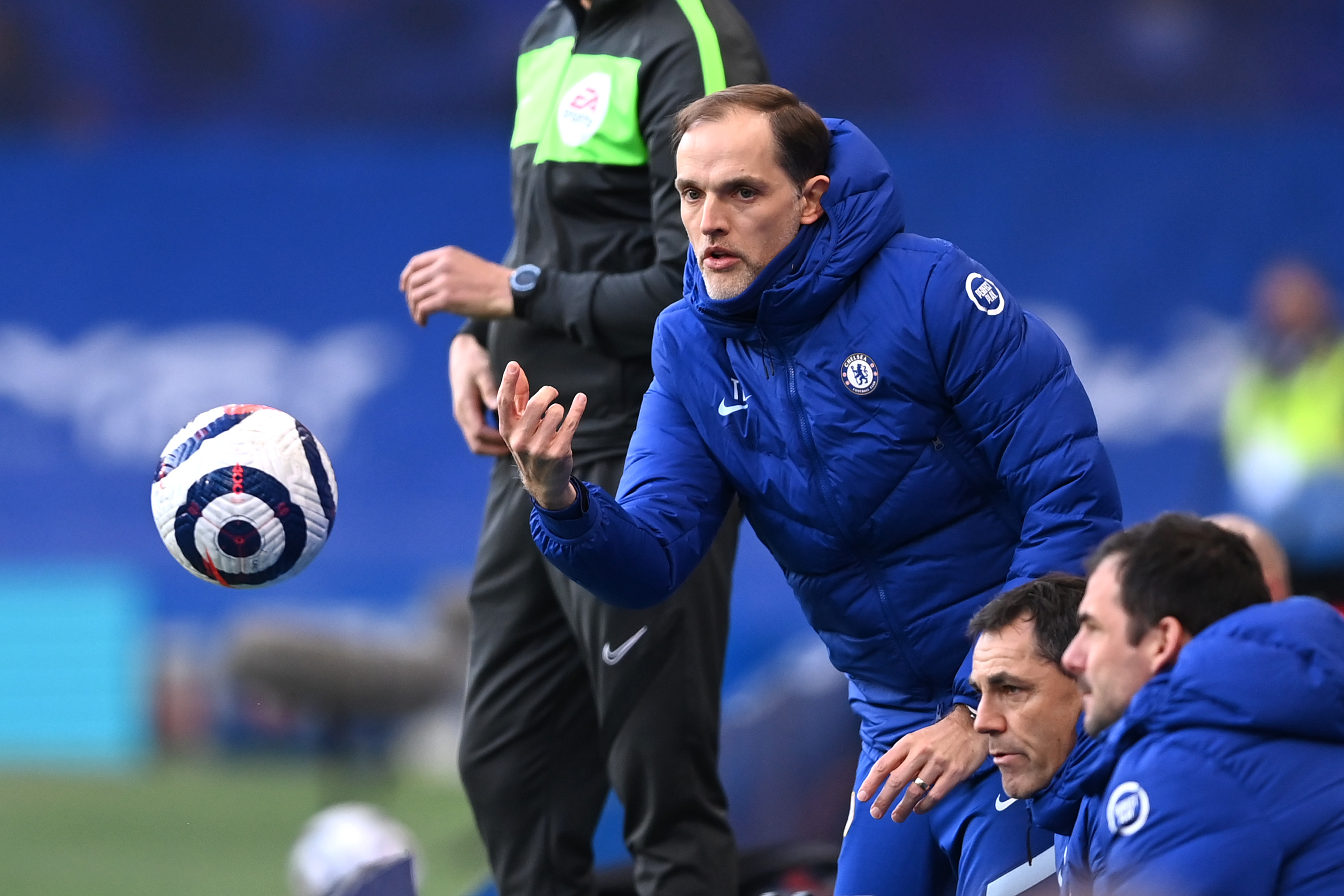 Manchester United legend Rio Ferdinand has been impressed with Thomas Tuchel’s start as Chelsea manager but believes ‘unlocking’ Timo Werner, Kai Havertz and Hakim Ziyech will be a ‘massive task’ and one which could impact how long he stays in the job.

The former Paris Saint-Germain and Borussia Dortmund boss remains unbeaten since taking over the reins from Frank Lampard at the end of January, winning six and drawing three of his opening nine matches at the helm.

And while Tuchel has been without Thiago Silva – Chelsea’s most experienced centre-back option – for the last month, the club have conceded just two goals in all competitions in the Brazilian’s absence.

Top-of-the-table Manchester City are the only team with a better goals against column (16) than the Blues (25) in the Premier League this season.

However, Ferdinand warned that there were still major improvements to be made in other areas at Stamford Bridge.

‘The defensive record since he’s come in has really shot up,’ legendary ex-United and England centre-half Ferdinand told the FIVE YouTube channel.

‘He changed personnel and gone with experience and you’ve seen an uplift in some of the players there.

‘I still think there’s massive work to do.’

Eyebrows were raised when Mount – one of the first names on the teamsheet under Lampard – started on the bench for Tuchel’s opening match in charge at home to Wolves.

But the midfielder has started all but one of Chelsea’s matches since and Ferdinand reckons he’s already established himself as Tuchel’s ‘best player’, with summer signings Werner, Havertz and Ziyech continuing to struggle under the German.

‘I think Mount under Frank was their best player and he’s still the best player under Tuchel,’ Ferdinand added.

‘What he’s got to do, the recruitment they had under Frank, he’s got to get a tune out of them. Werner is not playing to the standard that we have seen at Leipzig, Havertz is on the bench, Ziyech played yesterday [against Manchester United]… no real massive impact.

‘These are three players that were tearing up their leagues where they came from so he needs that to be transferred into the Premier League and I think that’s a massive, massive task for him.

‘If he gets that right he’s on the right road and for them, I think it’ll be the same: recruitment. If these guys like [Erling] Haaland and [Kylian] Mbappe come up, Chelsea will be in the mix for them to try and buy them, 100 per cent.

‘That will obviously have a big impact and bearing on how well he does but as a man, he’s one of the most impressive men I’ve met in terms of football and the way he talks about the game.

According to Ferdinand, Chelsea’s over-reliance on 34-year-old Olivier Giroud proves they need to splash the cash on attacking reinforcements in the summer transfer window.

He also suggested Tuchel should be playing Werner out wide rather than as a No.9 in the centre of the pitch.

Asked whether Chelsea’s current options up front were good enough, Ferdinand replied: ‘On form? No, not at all. How long are they going to keep relying on Giroud? At his age, where he’s at in his career, he’s an impact player, 100 per cent.

‘For Chelsea to be having Giroud leading the line says really where they’re at in terms of they need to make some more recruitment in that area.

‘Is Timo Werner a No.9? I would say he’s probably better off from a wider position where he was playing at Leipzig. But they’re fully stocked out there, they’ve got [Christian] Pulisic as well.

‘Where does Havertz fit into this team? I think there’s a lot of questions for Tuchel to be answering and that’ll come with games, more time on the training field.

‘He’s going to have to get into these players to really unlock them and give him the best chance of staying and actually producing something there.’