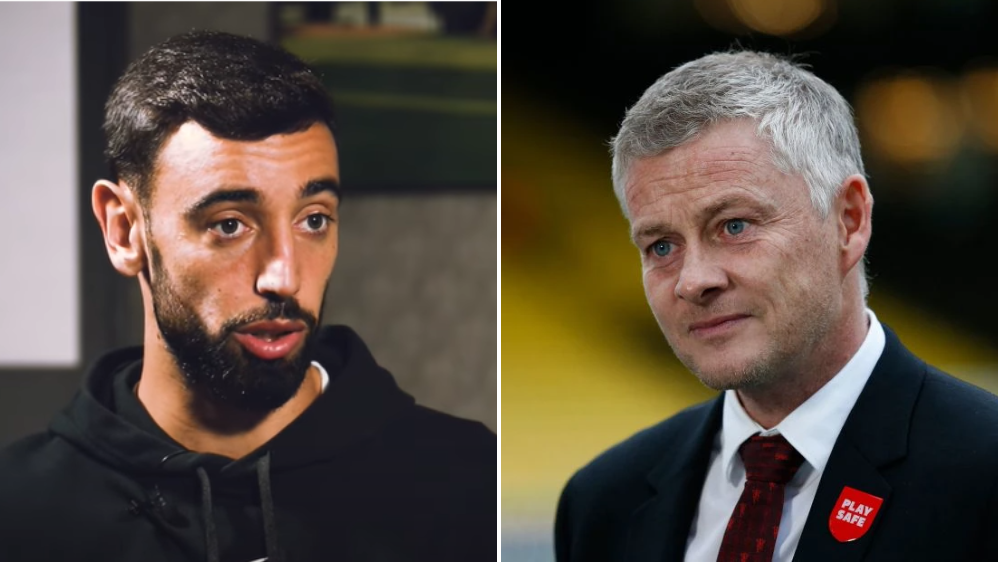 Solskjaer spent almost three years in the Old Trafford hot-seat before his sacking in November 2021.

Under the Norwegian, United finished second in the Premier League in 2020-21 but were just seventh in the table when the owners decided to look for a new manager.

Ralf Rangnick ended up replacing Solskjaer on a temporary basis, with Ten Hag unveiled as the club’s new permanent manager towards the end of last season.

Manchester United lost their first two games under Ten Hag but have since won four successive league games to climb to fifth in the Premier League.

Fernandes has been impressed by the impact Ten Hag has made and says he has brought ‘discipline’ which the club ‘missed’ under his predecessor.

The Portugal midfielder told The Athletic: ‘First of all, he has an idea. He has a style. You have to follow his rules. He is strict on that. And I like that.

‘He has brought discipline, which is something I think we missed in the past. Everyone must be on the same page.

‘That is what Pep (Guardiola) and (Jurgen) Klopp have been doing for years, because they have stability in the club and in the way they choose the transfer market and build the team, which is really important for them to get the rewards.

‘I saw the manager say in a press conference that we do not want to bring players just for the sake of bringing them; we want to bring the right players for what we want to do. It is something the club needs.

‘We still have a margin to improve and he needs time to get the most out of us with his idea of playing. I believe we will get to the point with him where we are established as a team and everyone is on the same page.’

Ten Hag, 52, won three Dutch titles before agreeing to join Manchester United over the summer. His Ajax side also reached the semi-finals of the Champions League in 2019.

Fernandes added: ‘It is good that everyone takes the blame themselves because it was not everyone doing the right things.

‘That can be the players or the manager, but normally it is the player and the manager together. As a message, it was good for the team. Discipline is what he wants and we have to follow the rules.

‘Players do not like to run, sometimes a manager makes choices that you do not understand, but you will probably understand the benefit later on.

‘Individually, he calls the players many times to show us clips and he will say, “Here, I prefer you to do another kind of thing”. That is good, because players need time to get the best out of the idea that he wants to do.’

‘I’ll give money to charities, not the FA’: Furious Jose Mourinho refuses to comment on Newcastle penalty