Fikayo Tomori says he opted to stay at Chelsea this season in order to improve his game and wants to follow the example of new signing Thiago Silva.

The 22-year-old was heavily involved in Chelsea’s successful season last term, making 15 Premier League appearances and four in the Champions League, but he has lost his place to the veteran Brazil star.

Tomori was a summer target for Everton but instead decided to remain at Stamford Bridge to compete for a place at centre-back with Silva, Kurt Zouma, Antonio Rudiger and Andreas Christensen.

“In football, things change so quickly so I wanted to make sure whatever decision I made was really thought out and to try and do what’s best for me,” he told his club. “I thought about what was happening, especially when we had a few weeks off leading up to the season.

“In the small pre-season we had, I was talking a lot with my agent and the club, to get some clarity on what was going on. With transfers, I prefer if it wasn’t last minute, but situations happen where you have to take a decision quickly. 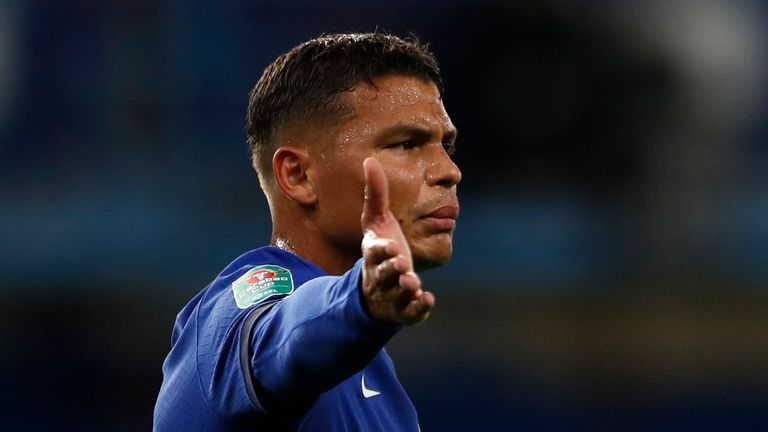 “I made the decision in the end to stay, to improve more, try and get in the team, play some more games, gain some more experience, and try and get to the levels I was at last season.”

Silva arrived from Paris Saint-Germain on a free transfer and, despite Chelsea’s defence being somewhat suspect so far this season, including in Saturday’s 3-3 draw at home to Southampton, Tomori has been impressed with the Brazilian so far.

“Even though he doesn’t speak a lot of English, you can tell the way he [Thiago Silva] drives himself and those around him on the training pitch and on match days,” he said. “You can see why he’s featured at the levels he has.

“I can watch what he does and see how professional he is. You always see him in the gym looking after his body and making sure he’s right for the games. What’s he done in the past will transfer to what he does here, and it will help all of us.”