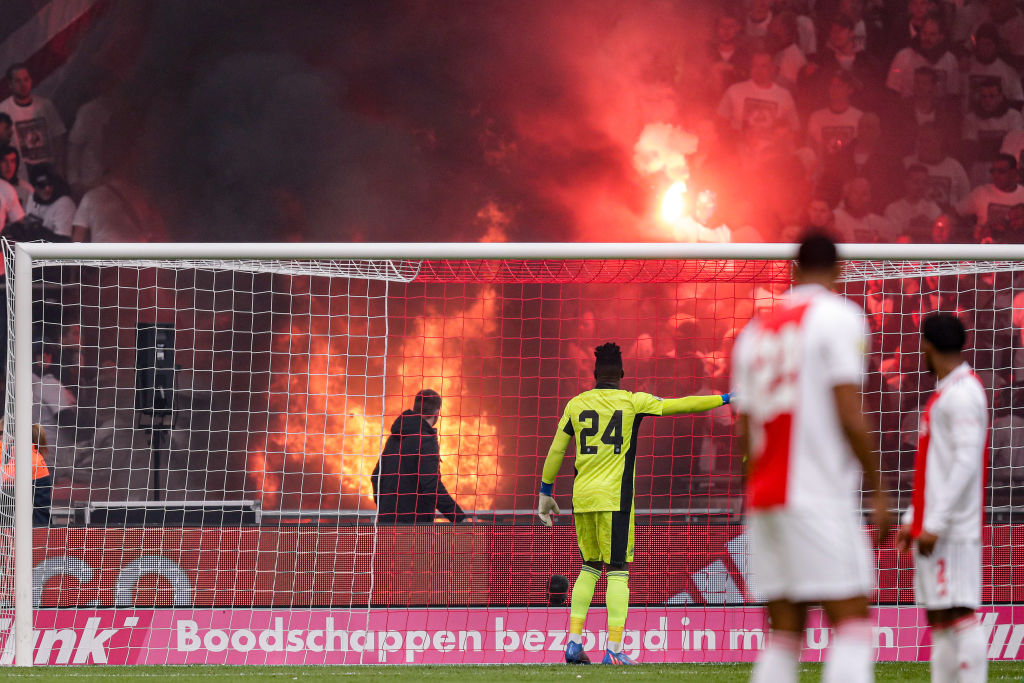 There were fightening moments at the Amsterdam Arena on Sunday as a fire broke out at the front of the stand behind a goal ahead of the match between Ajax and Feyenoord.

A banner caught fire, seemingly from one of the flares set off by supporters, which unleashed flames and black smoke into the Dutch air.

It was a substantial fire, with players already on the pitch but before the Eredivisie game kicked off.

Thankfully it was quickly brought under control, with no reported injuries, and the game could go ahead, which went on to be a superb contest.

Feyenoord twice took the lead at 1-0 and 2-1 through goals from Luis Sinisterra and Guus Til, but it was a late comeback from the home side and goals from Dusan Tadic and Antony saw Ajax pick up the three points after Sebastien Haller had scored the first.