In the corner of the South Stand, just before kick-off, the visiting fans broke into song. They had been waiting for this moment – but so, too, had the man who was subject of the chorus.

After 301 days, recovering from a ruptured cruciate ligament, Virgil van Dijk was back in the Premier League and they had come from Liverpool to – as the chorus goes – watch him defend and pass the ball, calm as you like.

That is what he did. There was nothing flash, nothing fancy but the sight of the Netherlands international in the heart of Liverpool’s team, barking out instructions and keeping things ticking over smoothly, was possibly the highlight of Jurgen Klopp’s day. 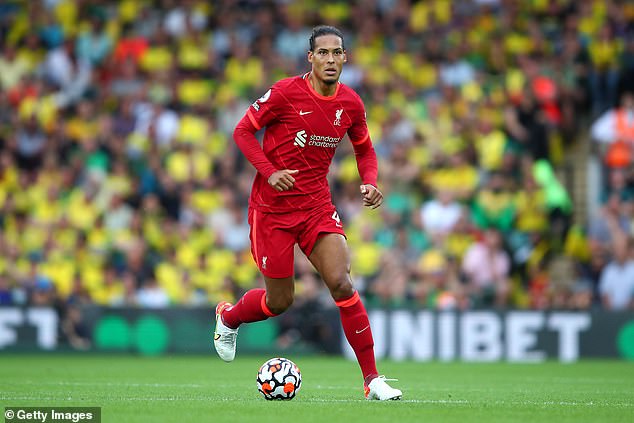 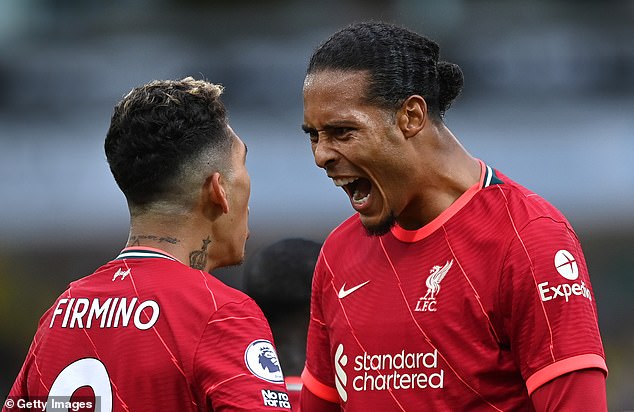 Van Dijk has been through the mill mentally since he was felled in last season’s Merseyside Derby by a flying Jordan Pickford. He has worked relentlessly, pushing himself to the limit, in order to get back and now it was a time for reflection.

‘Mentally it was tough,’ said Van Dijk, who completed the 90 minutes. ‘You are going from one day of being fully fit to the next day when you can’t walk, you are full of medication, full of pain – you can’t sleep. Everyone has their opinion and you read those things because you have nothing to do.

‘Last season, we were struggling with more injuries in key positions where we couldn’t play our game, really, the way we want to play our game: high-pressure, full of energy. When we had midfielders playing as centre-backs, it’s not easy at all. 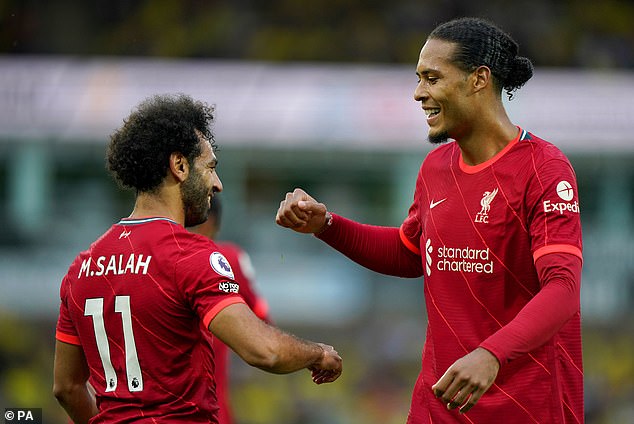 ‘In the end, the guys did a fantastic job to come third. Hopefully this season we can build on that and stay fit, hopefully. We don’t take that for granted. It’s amazing, to be honest. It was a tough game, for many reasons. Winning 3-0 sounds comfortable but, at times, we made it very difficult.’

It was tough but it was significantly less fraught than it might have been. Van Dijk – and Joel Matip – showed just much Liverpool missed having top class central defenders available, a point also emphasised by the sight of Joe Gomez, who has been missing last November, on the bench.

‘We’ll see what the season brings,’ said Van Dijk. ‘You have to enjoy it and I certainly will, having been out for so long. Being up against world-class strikers again, world-class teams… when you can’t predict who is going to be the winner at the end of the season, it’s amazing.’