Fleetwood 0-1 Everton: Demarai Gray comes to the rescue as his first-half strike secures narrow win at League One side in Carabao Cup

Demarai Gray answered a late SOS to ensure Everton recorded their first win of the season and avoided cup embarrassment at League One Fleetwood.

Gray was promoted from the substitutes’ bench shortly before kick off when intended starter Tom Davies had a groin problem.

It proved fortuitous for Frank Lampard’s side as Gray – the only Everton player to have scored in the Premier League this season – converted the winner after 28 minutes. 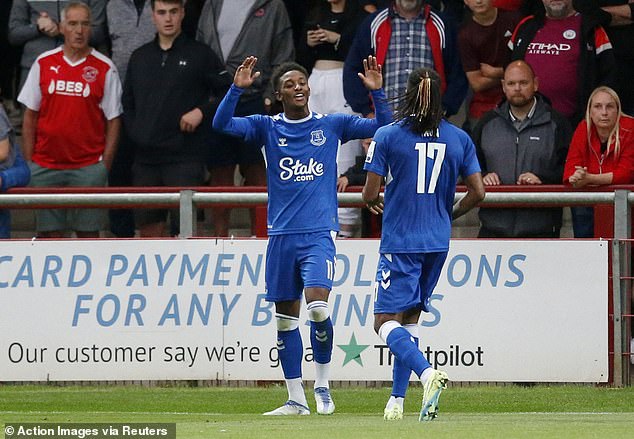 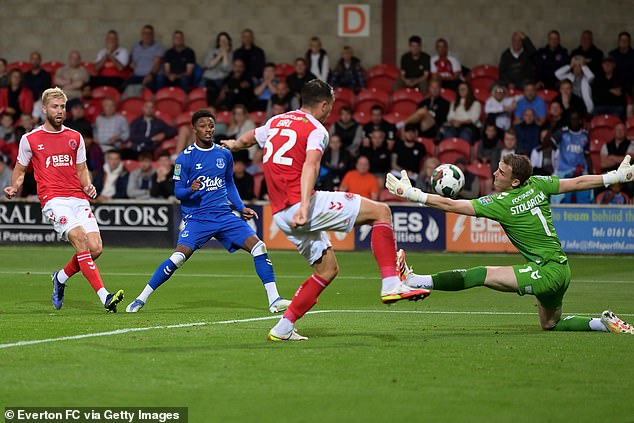 ‘He was straight out of the blocks and did very well. He was ready,’ said Lampard, whose goalkeeper Asmir Begovic then made good saves to clinch the win.

‘They made it tough for us and I was pleased with our attitude, though we were loose at times in possession.’

Fleetwood, 14th in their division, did manager Scott Brown proud to run the Premier League side close but Bluenoses can still dream about a first major trophy since 1995 – when the Cod Army were still a non-league club.

Lampard gave first starts to £34million midfielder Amadou Onana and 18-year-old defender Reece Welch and there was a surprise inclusion on the bench for Anthony Gordon who is closing in on a move to Chelsea – though the 21-year-old didn’t get on the pitch.

Alex Iwobi fired into the sidenetting while Dwight McNeil’s finish was tame after he’d been set up by Nathan Patterson.

Gray rescued a point for Everton against Nottingham Forest on Saturday and again showed his composure in front of goal to break the deadlock.

It was a well-constructed move with McNeil shifting the ball to Iwobi who in turned found Gray just inside the left edge of the penalty area. The finish into the bottom corner was unerring.

Fleetwood responded with a dominant spell just before half-time. The previously underused Begovic suddenly had to be alert to twice foil Cian Hayes and then save a spinning shot from Harvey Macadam.

The home side upped the ante by sending on skipper Josh Vela at the interval and Begovic reacted brilliantly to turn away a miscued header from his own player, Welch. 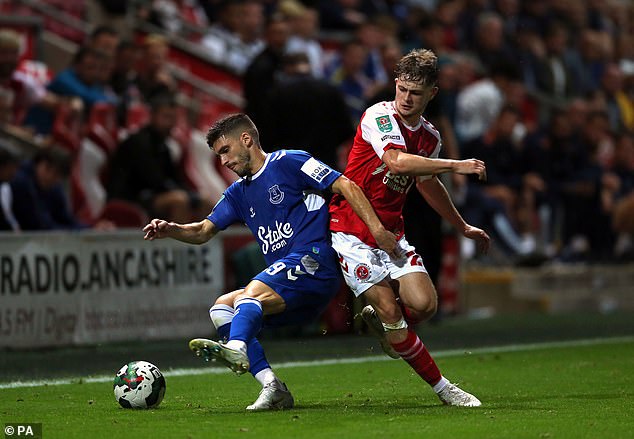 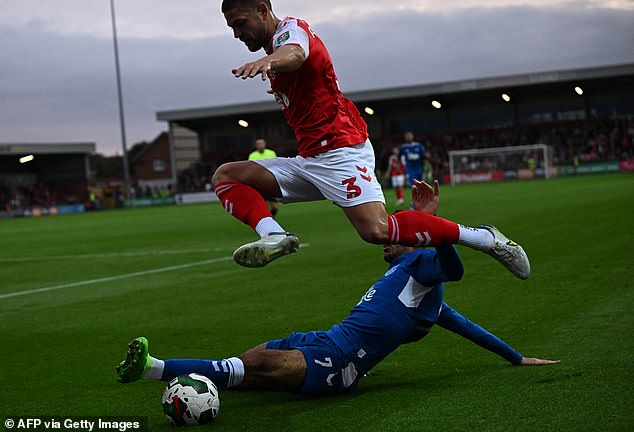 When Hayes sped past Welch and fired another shot parried by Begovic, Lampard sent on the experienced James Tarkowski to seal the win.

Lampard insists Everton don’t need to sell Gordon to bring in players before deadline but there is a growing sense that a £60million bid from Chelsea is tempting for the club and player.

‘I’m involved in the discussions as it should be, it is a football decision and a financial decision and it has to be right for everyone,’ said Lampard, who could still use the 21-year-old at Brentford on Saturday if a deal isn’t completed.

‘Anthony was substitute tonight because he had a small injury on his heel and didn’t train yesterday but it was important for him to be involved and he was fit enough if needed. He’s our player.’

Dele Alli was absent from last night’s game as he completes a move to Turkish side Besiktas. 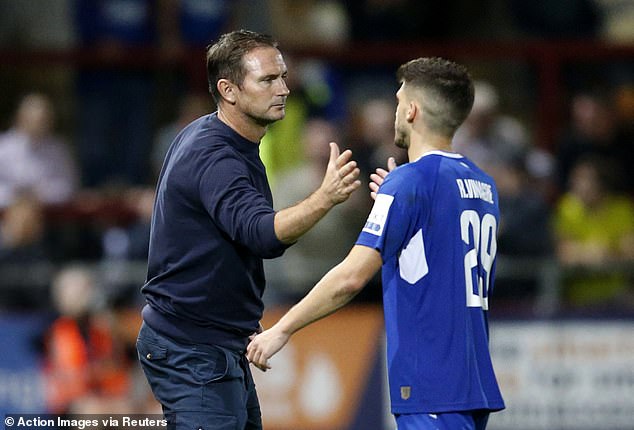