Roman Abramovich changed the game in England. The oligarch propelled Chelsea from being a team on the fringe of power in the domestic game to a side feared across Europe in the flash of a chequebook.

Not many of the fans at Stamford Bridge cared where the Russian’s money had come from. There was plenty of anger outside west London about how Abramovich inflated the transfer market and bullied rivals with cash but the emotion most common among opposition supporters was envy. Everyone wanted their own sugar daddy.

It has taken 19 years for the reality of Abramovich’s ownership to become clear. Vladimir Putin’s invasion of Ukraine has prompted a new set of questions about the desirability of the 55-year-old’s investment in Chelsea. Last week, rumours were rampant within the game that Abramovich’s assets would be frozen and the club placed in the hands of a receiver so that Thomas Tuchel and his team could continue playing. That the owner has moved to place the running of Chelsea in the temporary control of the club’s charitable trust suggests that fear was real.

Many of the fans are conflicted. Events in Ukraine have appalled much of the world. Action is being taken against Russian resources in the most significant financial centres. Abramovich is a second-tier oligarch and hardly a Putin confidante but he is close enough to the regime to warrant attention.

There is more to Chelsea than their owner. The club was founded in 1905 and it was 98 years old before any Muscovite money turned up. Memories are short and some cannot divorce Stamford Bridge from Abramovich. The cult of the hyper-rich foreign owner is more or less as old as the Russian’s arrival in west London. 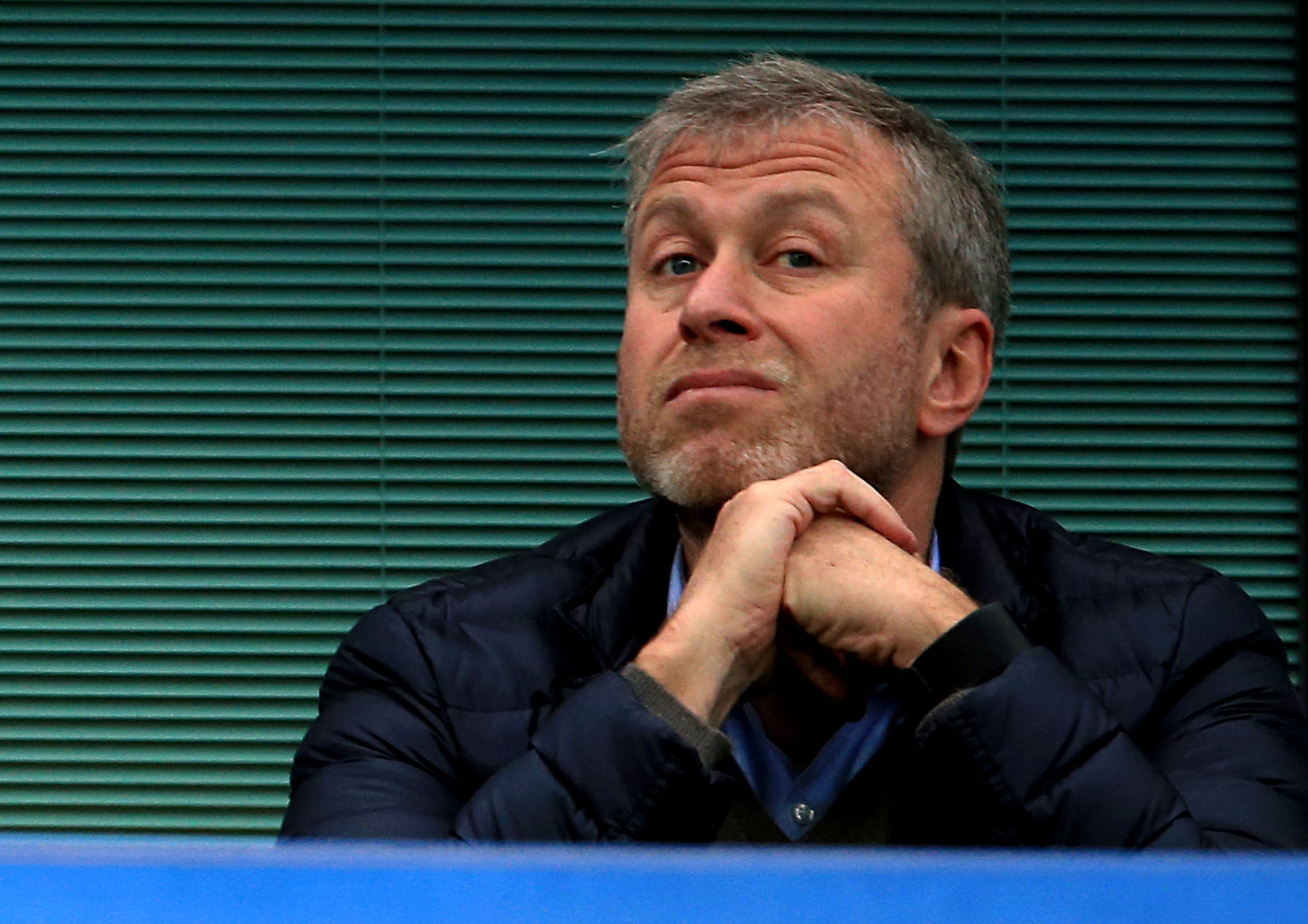 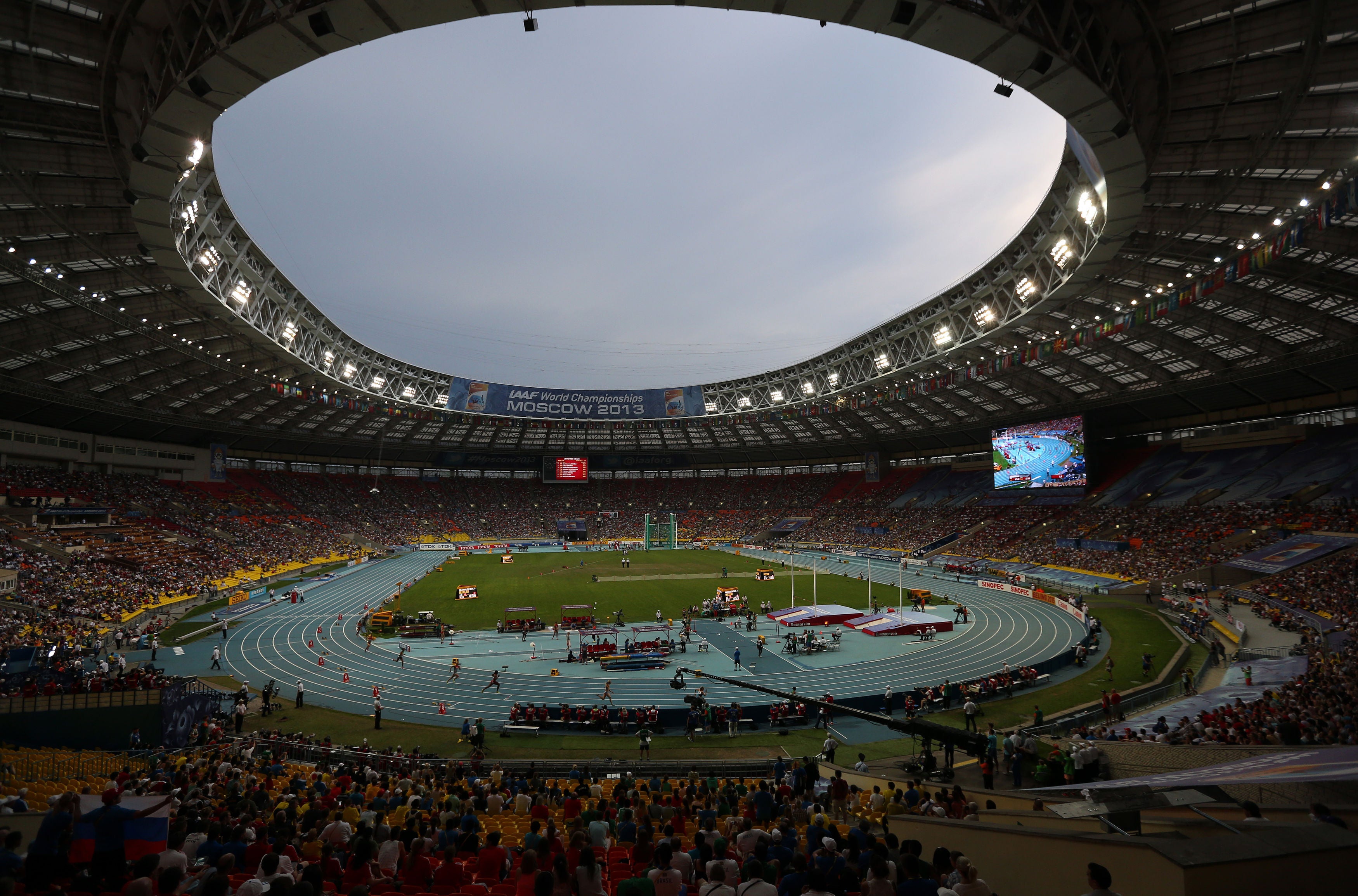 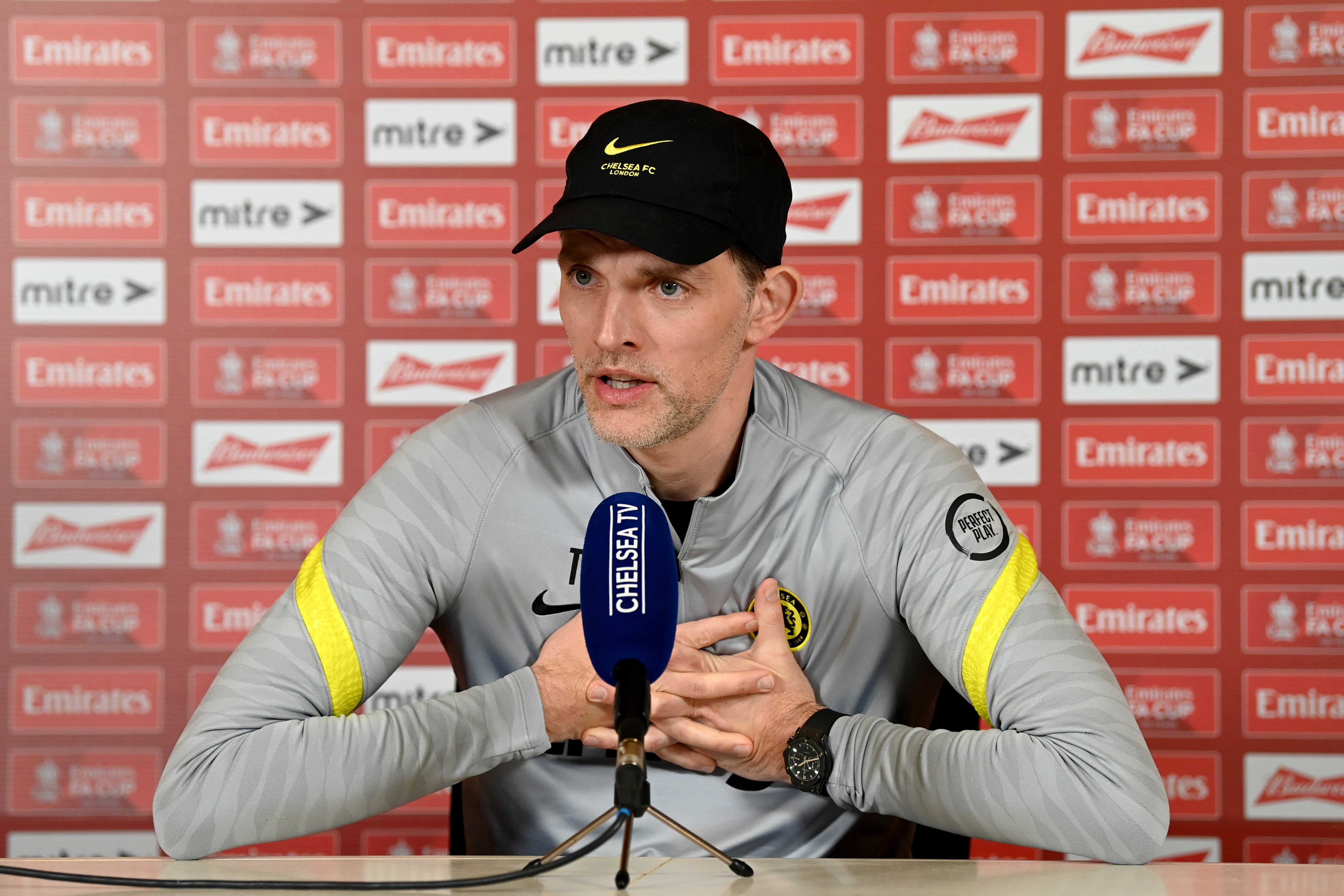 Make no mistake. Everyone dreamt about having a wealthy benefactor in the style of Chelsea. Few thought about the consequences. Manchester United walked into the Glazers’ arms in the vain hope that the Americans would spend as wildly as Chelsea. Liverpool fell for the dubious charms of George Gillett and Tom Hicks. Gillett promised to buy “Snoogy Doogy” if Rafa Benitez wanted him; he meant Snoop Dogg, the rapper. The hopes of competing with Chelsea in the transfer market descended into bleak humour in a matter of weeks.

In the subsequent chaos, many on the Kop were desperate for Dubai or China to ‘save’ the club. It sounded like a great idea at the time. Few can claim to take the high moral ground. That is different, however, from pretending morals do not matter.

Manchester City won the lottery. Abu Dhabi’s takeover has made Abramovich’s involvement in Chelsea look tame. Emirati cash has transformed what was Manchester’s second team by some distance in 2008 into a superpower.

The latest example of the trend is the Saudi-backed buyout of Newcastle United. Another perennially underachieving club have been handed the key to the golden door.

It is natural that the supporters of the clubs involved despise the term ‘sportswashing.’ All they crave is success. This harsh reality throws up questions that fans do not want to answer.

The traditional approach to men in the boardroom was summed up by a section of Len Shackleton’s book. The Sunderland icon included a chapter in his autobiography entitled ‘What the average director knows about football.’ Underneath was a blank page. Bill Shankly, the legendary Liverpool manager, backed up this sentiment. “At a football club, there’s a holy trinity,” the Scot said. “The players, the manager and the supporters. Directors don’t come into it. They are only there to sign the cheques.”

Even before Abramovich, the cheques were becoming more important. These days they buy not only players but silence from supporters.

Owners – the money men – have become more visible and esteemed than some of the players and managers. The knee-jerk reaction of some supporters is to defend them. Ironically, the cult of personality surrounding Abramovich is relatively small compared to what came later. A section of City fans not only react to any criticism of Abu Dhabi with anger but insist on defending the emirate even when a rational response would be to admit that they are queasy about their owners’ activities.

Newcastle diehards have followed this template. Their craving for football success in many cases overrides their qualms about Saudi Arabia’s questionable behaviour. They refuse to accept the concept of sportswashing. It is there before our eyes. 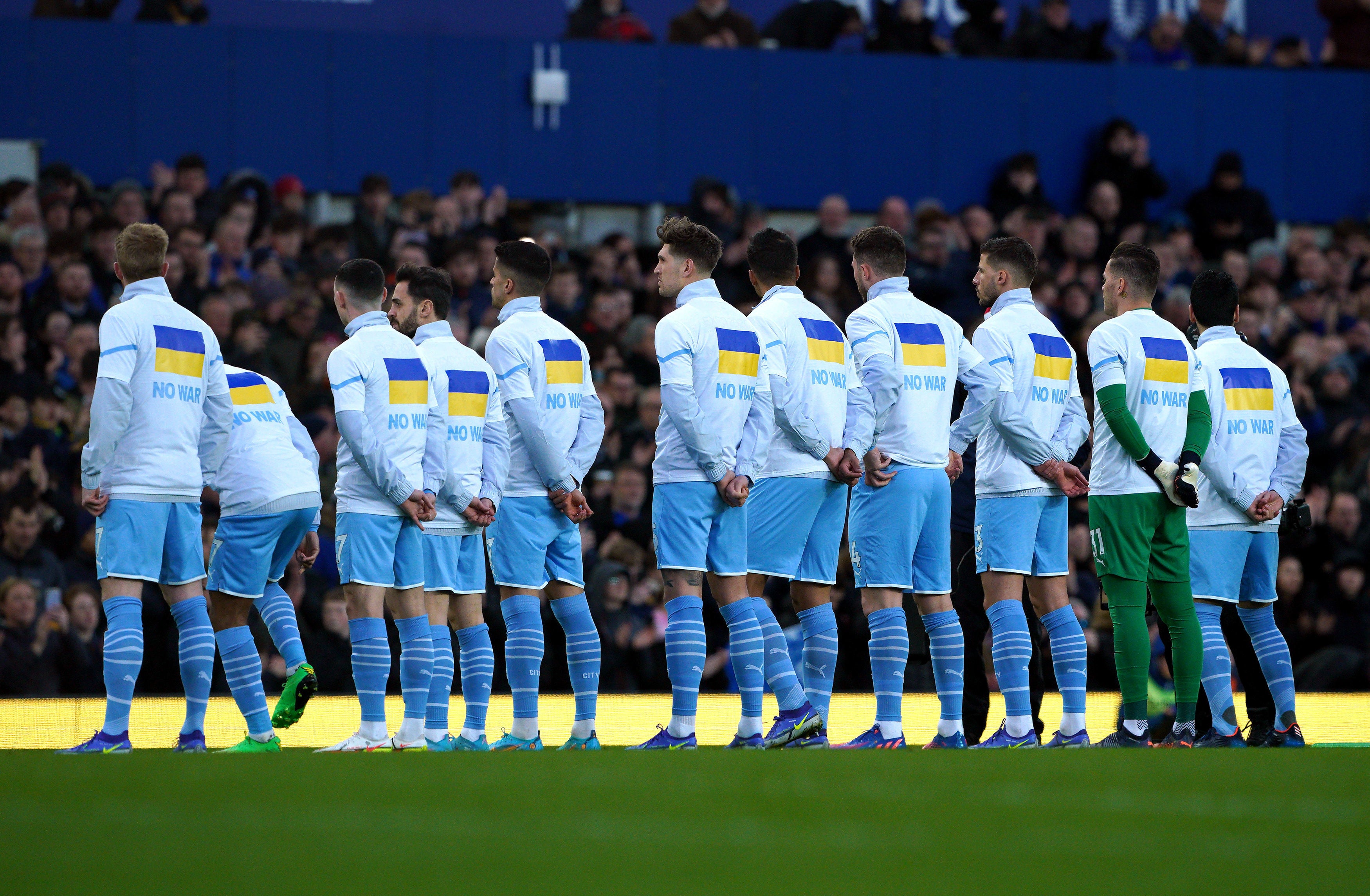 Last weekend there were emotional scenes at Goodison Park. City and Everton players and fans came together to make a gesture in support of Ukraine. Everton wore yellow and blue flags, City had the same symbol on their tracksuit tops. Vitaliy Mykolenko and Oleksandr Zinchenko embraced beforehand, opponents united by the assault on their homeland.

There can be no doubt about the sincerity of the players and the supporters. This was real, raw emotion. Unfortunately, it was also the essence of sportswashing.

Abu Dhabi is part of the United Arab Emirates, who are allied with Saudi Arabia in a destructive seven-year war of attrition in Yemen. Sheikh Mansour, City’s owner, is the deputy prime minister of the UAE.

Even closer to Kyiv, Everton’s most significant sponsor is Alisher Usmanov, an oligarch who is significantly higher on the Putin food chain than Abramovich. Advertising for his USM company was splashed across Goodison. While the nation was sobbing along to the emotional pictures from Merseyside, the rinse and repeat sportswash spin cycle was in full flow.

Yet Chelsea, City, Newcastle and even Everton fans have no need to feel ashamed. Their clubs were established long before anyone realised that they could be used as political vehicles. They do not need to defend their owners or sponsors.

The ambitions of owners and supporters run in parallel but rarely intersect. In the boardroom, they want the team to win to increase the value of the club, bring in greater profits or attract positive publicity for their business or nation. Fans want glory.

What has happened with Abramovich should be a wake-up call. City supporters can distance themselves from Abu Dhabi and still want their team to win. Their culture was long established before anyone in the Gulf knew of the club’s existence.

Geordies should not look for excuses to absolve their Saudi investors over human rights infractions. No one is asking followers of clubs with dubious backing to boycott games; they can support the team without supporting the owners.

Sportswashing will happen regardless of the opinions of the regulars at the Etihad, St James’ Park or Stamford Bridge. There is a huge difference between being willing and unwilling participants, though. 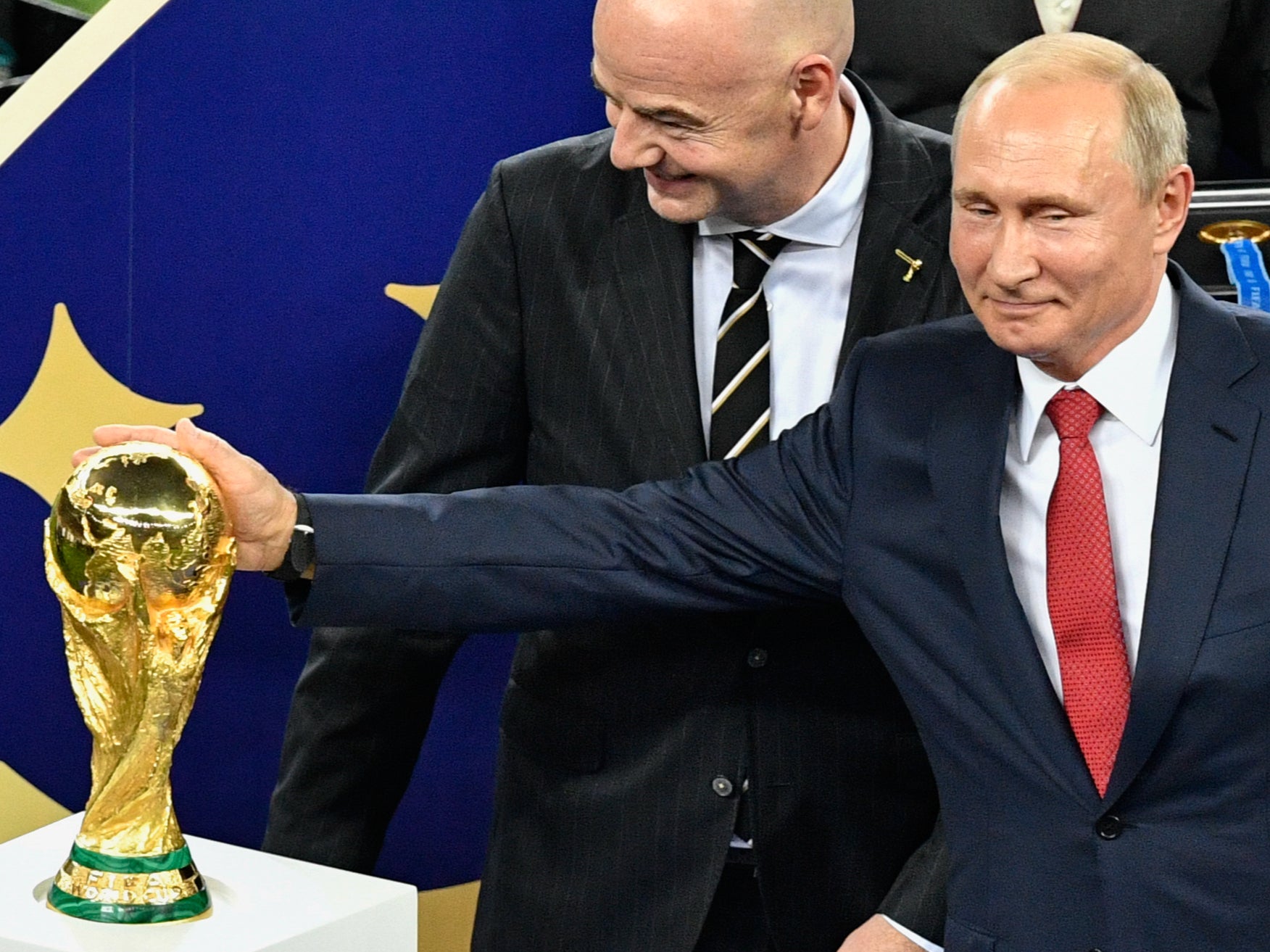 The owners of Chelsea, City and Newcastle are no more representative of the clubs’ fanbases than Fenway Sports Group and Stan Kroenke are of Liverpool and Arsenal respectively. No supporters deserve to be held to higher account.

Unless, of course, they blindly tie themselves to the objectives of their owners. Geopolitics is not sport. The ‘my team right or wrong’ ethos is destructive to everything that football is built upon – community, togetherness, inclusiveness and mutual purpose.

At Chelsea, there is a growing feeling that the club has been used. Many have felt that for a long time but some are just admitting it now. In these days of mega money, it is almost impossible to unseat owners but no one should be asking for that. Just stop pretending that the people whose names are over the stadium door are the good guys.