Home » Soccer » For those paid to speak, silence is not an option at Qatar World Cup

Silence is not an option when it comes to the 2022 edition of the FIFA World Cup in Qatar.

Everyone associated with the World Cup including players, especially former players who have made a living from the game, broadcasters, national federations, administrators and sponsors all have a duty to raise their voice for families who have suffered so that a ball can be kicked.

At least 6500 migrant workers from Bangladesh, India, Pakistan, Sri Lanka and Nepal lost their lives building US$220 billion worth of infrastructure for the event, including seven new stadia, an airport, roads, public transport and about 100 hotels.

For every goal scored, about 39 lives will have perished so that we can rise as one to scream, exult, celebrate. Think about those families when your favourite player scores, your country wins, your captain holds the trophy aloft.

Sport has historically abrogated responsibility for the too-often immense harm perpetrated by major events such as the Olympics and World Cup where indigent populations were relocated, dissidents incarcerated or killed and worker rights trampled. But, more than a decade since Qatar was awarded  hosting rights, and just two months away from the opening game, the shadow of abuse weighs heavily on the event.

Media reports recounted in horrific detail the inhumane, furnace-like conditions in which migrant workers slaved, some paying with their lives, and eventually labour unions and human rights organisations were able to force a measure of reform. But not enough, and not before many thousands died as players, especially former greats, rush to Qatar to reap hundreds of millions with barely a whisper about the families who paid that terrible price. 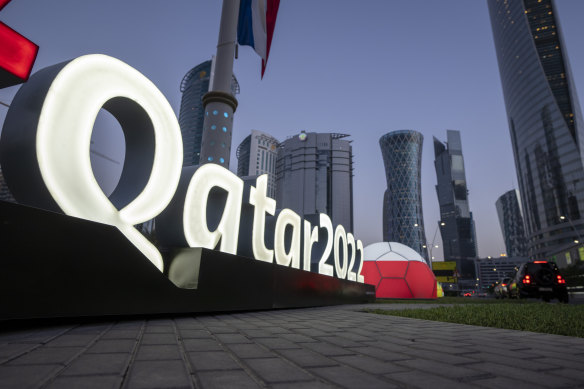 Thousands of workers have died in Qatar in the 12 years since the tiny gulf state was awarded the 2022 FIFA World Cup.Credit:AP

The ‘kafala system’ – modern slave labour in real terms – was eventually reformed however wage theft, slave-like conditions and abuse still occurs daily. Just last month, a group of migrant workers were deported for exercising their right to freedom of association and assembly to protest their mistreatment.

And football said nothing.

Other sports are far more progressive in promoting human rights and social justice. The WNBA is a beacon, while Lewis Hamilton’s rainbow helmet and Naomi Osaka’s advocacy for Black Lives Matter stand out. But with billions of dollars purchasing the collective conscience of the game, football has a long way to go.

The national teams of Norway and Germany protested during their qualification campaign, Socceroos captain Maty Ryan and teammate Jackson Irvine expressed their concern, the Danish and Dutch Federations have stated their institutional opposition while Football Australia is silent and the world’s player union, FIFPro is advocating for a migrant worker centre in Qatar as a legacy of the event. But what about the retrospective harm, justice for those who died? 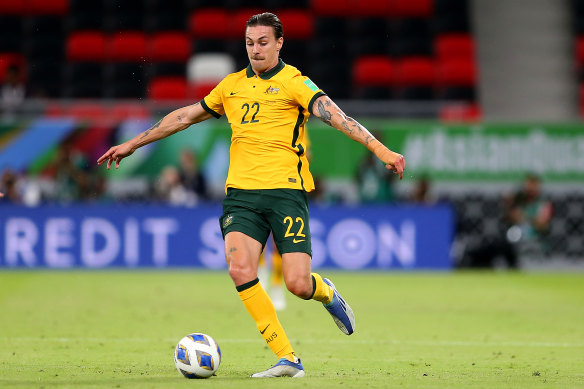 Socceroo Jackson Irvine has voiced his personal unease about the Qatar tournament but Football Australia maintains its silence.Credit:Getty

They cannot be forgotten.

All internationally-recognised human rights are enshrined in the FIFA Human Rights policy of 2017, however it came too late for thousands. The LGBTQ community, meanwhile, are still criminalised in Qatar as gay and lesbian fans feel unsafe attending their World Cup.

‘Respect our culture’, says the Qatari Supreme Committee. Football’s obligation, however, is not to culture but international law. Culture only leaves sport adrift in a sea of conflicting laws, customs, priorities and often as a contributor and enabler of harmful practices.

The role of the International Olympic Committee is not to bend to the Chinese Communist Party and be silent about the atrocity perpetrated on Uighurs in Xinjiang. Nor is it FIFA’s job to bow to Qatar’s version of worker protections or gender inequality. Instead, they should stand for fundamental principles of human engagement and treatment and use their power to shape the world. 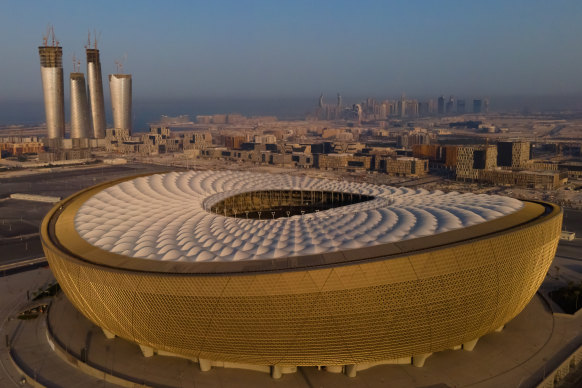 The Lusail Stadium in Doha will host the World Cup final in December.Credit:Getty

A FIFA World Cup in the Middle East is truly a wonderful aspiration however no sporting event can come at such a human cost.

Players and fans, sponsors and broadcasters didn’t choose Qatar, it’s true, but we are all bound to hold the game accountable to the highest standards of human endeavour. Our voice, or our silence, will determine what the future of the sport holds for innocent people.

Many of us are rightly conflicted. How do we handle a situation in which we never should have been placed? Do we boycott, or use the event to amplify these issues?

The next month is an opportunity to keep these issues at the forefront of the international media agenda and advocate for systemic change across all of global sport. The most impactful path is to educate ourselves on what has occurred, commit to football upholding human rights and use our national and international platforms for change. 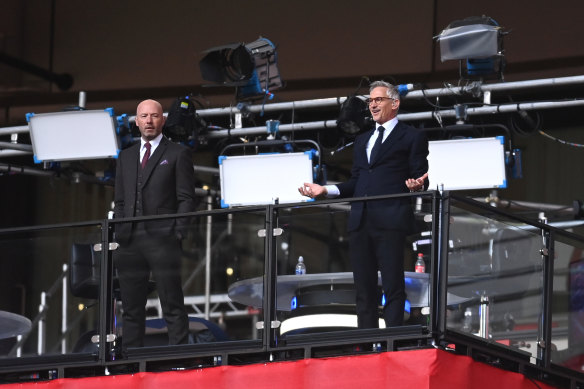 Accordingly, I will broadcast the World Cup from Australia to elevate these issues and donate the entirety of my fee for the month to affected families of deceased migrant workers, migrant workers subjected to wage theft and organisations protecting the LGBTQ community and women’s rights in Qatar.

I also support the #PayUpFIFA campaign for compensation of US$440 million ($660m) for affected families, equal to the player prizemoney pool and invite all other broadcasters around the world, many of whom are legendary players with the power to elevate the issue and mobilise millions of fans, to make their own donation.

Human Rights Watch, Amnesty International and FairSquare have called on the 31 non-host federations for endorsement along with all 19 World Cup sponsors.

Pleasingly, English football legends and broadcasters, Gary Lineker and Alan Shearer have joined the campaign. At this point, however, just four federations have enabled players to engage directly with relevant human rights organisations and only four sponsors — Adidas, McDonald’s, Anheuser-Busch and Coca-Cola — have expressed support.

An appalling response from the world’s largest sport. Human rights law should not be an afterthought or an aspiration but a non-negotiable in sport.

World Cups power the growth of the game in countries like Australia, with all the accompanying social dividends, and football is a global language that brings us together to share lasting memories. This time, however, many thousands of families have only grief, debt and destitution to remember.

That is why compensation must come before celebration. Every one of us is bound to act and silence is complicity.