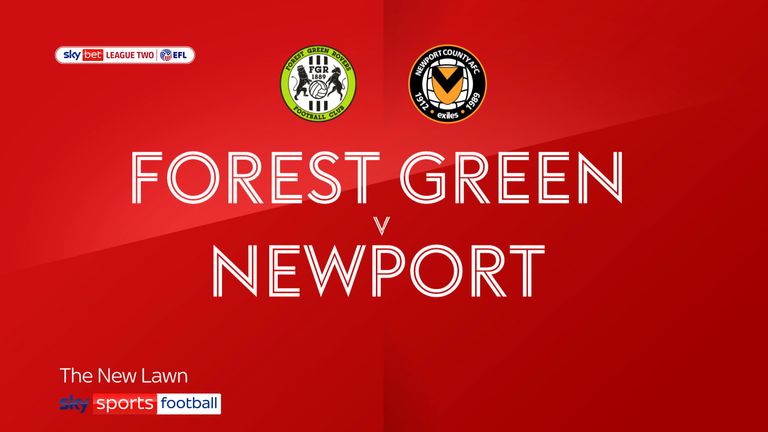 Jamille Matt scored against his former club as he earned Forest Green a point with a 1-1 home draw against Sky Bet League Two leaders Newport.

Tristan Abrahams’ penalty a minute before the break appeared to have given Michael Flynn’s side the foothold, until Matt’s strike 14 minutes from time earned a point for Rovers.

Newport opened with intent and Jamie Proctor failed to make the right connection with a fourth-minute header, glancing wide from a teasing Ryan Haynes cross.

Matt Dolan planted a header wide from a Josh Sheehan corner and Proctor’s overhead kick flashed over the bar as the visitors dominated.

Rovers responded and Nicky Townsend’s hurried clearance presented Aaron Collins with a chance – but the former Newport striker drilled wide from the edge of the box.

Townsend atoned for his earlier error with a strong glove to deny Collins from a Jayden Richardson cutback, before making another sharp block to deny the lively Collins.

However, the hosts were level when substitute Matty Stevens conjured a 76th- minute equaliser, Matt pouncing inside the box for his sixth goal of the season.