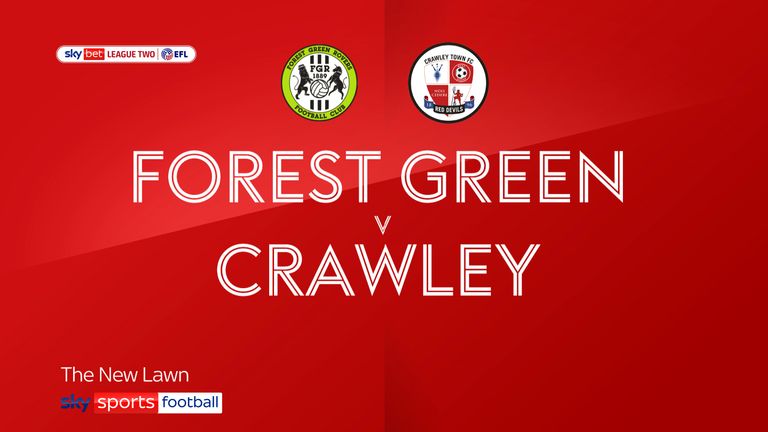 Tom Nichols bagged a brace as Crawley rocked title-chasing Forest Green with a 2-1 away victory in Sky Bet League Two.

Nichols pounced in each half after Forest Green substitute Jake Young drew the home side level after the break to stretch Crawley’s unbeaten run to seven and end Rovers’ eight-game undefeated sequence.

The home side had gone into the game knowing a win would put them top after leaders Newport saw their game with Exeter postponed because of a waterlogged pitch.

An explosive start saw Crawley pin Forest Green back from the off with Nichols blazing over inside two minutes with just Luke McGee to beat.

Rovers pressed the self-destruct button after 16 minutes as captain Carl Winchester passed to Crawley’s Jake Hessenthaler who picked out Nichols to run on and plant the ball beyond McGee.

Jamille Matt glanced wide from a teasing Nicky Cadden cross five minutes into the second half as Rovers hunted an equaliser.

Young levelled things up after 51 minutes for Rovers as Glenn Morris could only glove his swerving free-kick on its way into the back off the net.

Nichols scored the winner and his second with 11 minutes to go as he finished with aplomb from a Jack Powell assist for his 10th goal of the season.