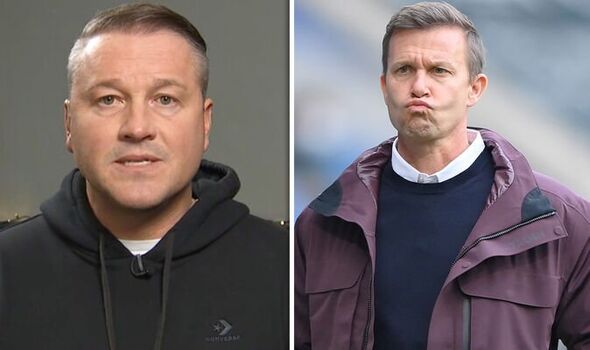 Former Leeds United goalkeeper Paul Robinson has revealed his concern at the impending appointment of Jesse Marsch at Elland Road. Marsch is set to be appointed the new Leeds boss following the sacking of Marcelo Bielsa on Sunday. The Whites are in a fight to stay in the Premier League, currently sitting just two points above the relegation zone.

Marsch has been out of management since a brief spell at RB Leipzig last year.

He has previously managed Red Bull Salzburg as well as New York Red Bulls and Montreal Impact in MLS.

But Robinson is not sure if the 48-year-old is the right man to spearhead Leeds’ survival push.

He knows Leeds chiefs will have done their background work on Marsch.

However, he fears it is too big a task for a manager who has never worked in England.

Asked if Marsch can keep Leeds up, Robinson told Sky Sports News: “It’s a big question, a very, very big question and I think it’s how he takes to the job.

“But when Marcelo Bielsa came in we didn’t know much about this manager.

“From the outside looking in, his CV doesn’t stack up to a top Premier League manager and he’s coming into a really, really tough league in a relegation fight. He’s got it all to do to keep Leeds United up.”

Bielsa is revered by Leeds supporters after he led the club back to the promised land of the Premier League in 2020.

And Robinson says the club may end up regretting sacking him as it will be difficult for the players to immediately change from his famous style of play.

He added: “With the change of play, style of play, would it have been better to keep Bielsa and know what you’re getting?

“What he’s done has worked in the Premier League. Do you stick with that and ride out the storm? Or do you sack him and move on?

“They’ve chosen to sack him and move on. They’ve rolled the dice.”