It’s been five years since the Reds completed the £29million capture of Roberto Firmino and Liverpool’s ‘Bobby dazzler’ has already cemented his place in the club’s history books. Supporters have fallen hard for his trickery and genius on the field and while his numbers in front of goal are not prolific, he remains a vital cog in Jurgen Klopp’s well-oiled machine.

Firmino was signed by former boss Brendan Rodgers before his final season in charge at Anfield.

The Northern Irishman lasted just a few months into the season before he was handed his P45 following a 1-1 draw in the Merseyside derby at Everton.

Former Hoffenheim star Firmino was shoehorned in out wide and looked largely ineffective in the early days of Klopp’s tenure.

However, the German began to get the best from Firmino as a false-nine following a 4-1 win at Manchester City, a match where the forward enjoyed his coming of age in the Premier League.

JUST IN: Borussia Dortmund benched Jadon Sancho because ‘his head is already with Man Utd’ 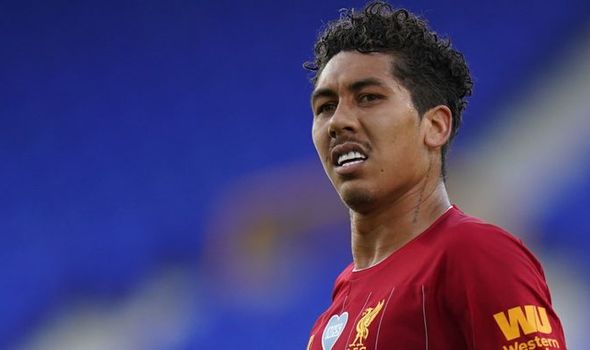 Former Liverpool CEO Ian Ayre was recently interviewed by the Daily Mail, in which he detailed the extreme length the Reds went to, to sign Firmino.

The 28-year-old was at the Copa America with Brazil in the summer of 2015 when the deal was finalised.

But Ayre and several members of the Liverpool hierarchy were determined to get the deal over the line.

Dave Fallows and Barry Hunter had carried out extensive checks on Firmino in his final season at Hoffenheim.

His performances left a huge impression, having recorded 22 goals and 16 assists in all competitions.

“I remember going out to Hoffenheim to meet with the owner (Dietmar Hopp) and the agent (Roger Whitman) who was representing the club,” Ayre told The Mail.

“We got the deal done and it was all very straight forward. After that, we spoke to Roberto’s agent.

Ayre then boarded a flight from Manchester to Chile having returned to the UK from exploits in Germany. 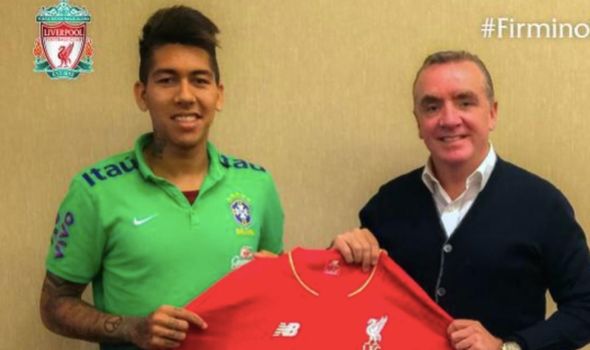 Shortly after holding a meeting with Firmino and his agent, the deal was done.

“It was quite surreal, leaving a European summer to go out to the Copa America and I remember flying into Santiago and seeing the snow-capped mountains,” Ayre added.

“This, really, was nothing different to lots of other deals that we had done before.

“I always find that face-to-face meetings bring a personal touch. We did it with (Philippe) Coutinho, for (Sadio) Mane. Even Joe Gomez was a drive down to Charlton, to meet him and make sure we completed. That face-to-face aspect is so important to make sure there are no problems.

“There could have been a problem as the Brazilian FA were running a closed camp and not allowing anyone in to see their squad. But we were really lucky as Dunga, their manager, agreed to let Roberto leave the team hotel and meet me for an hour with his agent.

“That’s when we did the deal. I took the picture and he was our player.”

Kane will only thrive with more energy in England team, says Neville