France ended its run of quarterfinal eliminations in major tournaments by beating the Netherlands 1-0 after extra time to advance to the semifinals of the Women’s European Championship for the first time on Saturday.

Eve Perisset converted a penalty in the 102nd minute, following Dominique Janssen’s foul on Kadidiatou Diani that was awarded by video review, to end the title defense of the Dutch. 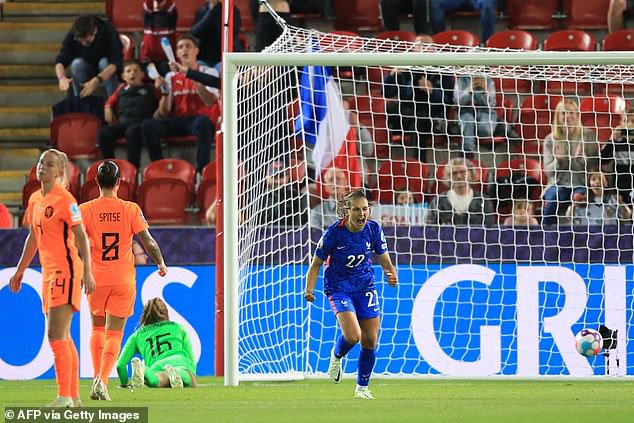 They completed the lineup of teams in the semifinals, where Germany awaits on Wednesday. Host nation England and Sweden meet on Tuesday.

France has only ever reached the semifinals of a major tournament once before – the World Cup in 2011.

An exciting, end-to-end game went to extra time only thanks to profligate French finishing and the brilliance of Netherlands goalkeeper Daphne van Domselaar, filling in once again for Sari van Veenendaal following the Dutch captain’s campaign-ending shoulder injury against Sweden in the group stage. 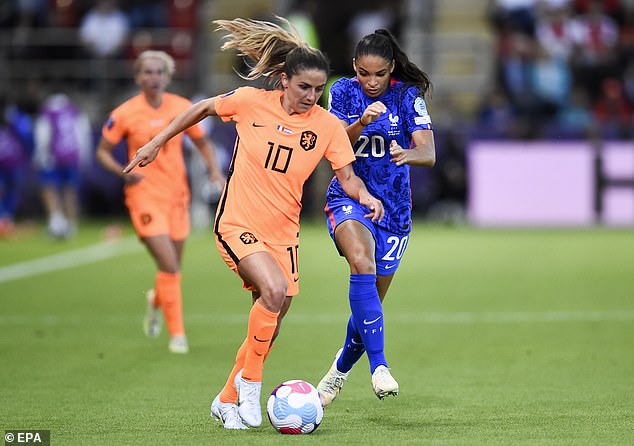 Her best save came in the fourth and final minute of stoppage time, when she flew to her left to tip aside a header from Wendie Renard. A minute earlier, Van Domselaar defied Delphine Cascarino at the near post having also saved well from the winger early in the first half.

France also struck the post through Cascarino, while Dutch defender Stefanie van der Gragt twice blocked shots on the goal-line in the first half.

The best chance of the many chances created by France fell to Grace Geyoro, who somehow headed wide from three meters out in the 87th minute – and was substituted moments later.

Dominated in the first half, the Netherlands improved in the second half but couldn’t get star striker Vivianne Miedama into the game enough. 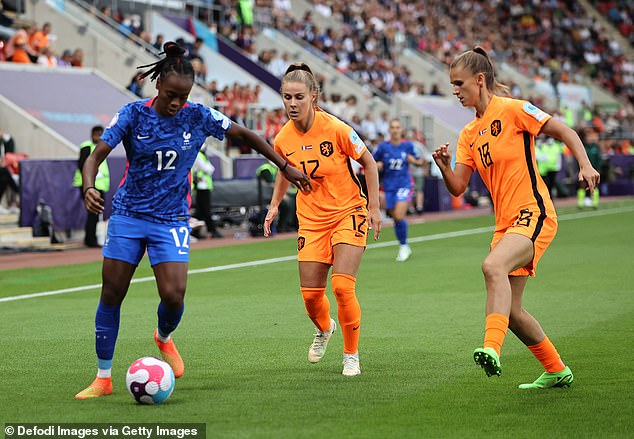