Frank Lampard has told his Chelsea players to focus on their families and believes they do not need any extra motivation to stay fit during the coronavirus lockdown. The Blues boss and his squad are currently practising social distancing in line with government guidelines to help combat the outbreak of COVID-19.

The entire Chelsea team underwent a 14-day period of self-isolation in their own homes after Callum Hudson-Odoi tested positive for coronavirus earlier this month.

And the Blues are still housebound for the majority of their time in accordance with new lockdown measures that have seen all but essential shops, services and transport close down across the UK.

Lampard has been making the best of the situation by spending some much-needed time with his young family, and the 41-year-old has encouraged his players to do the same.

Speaking on a video call, Lampard told the official Chelsea website: “I’ve been self-isolating a long time, we’re trying to do the right thing. 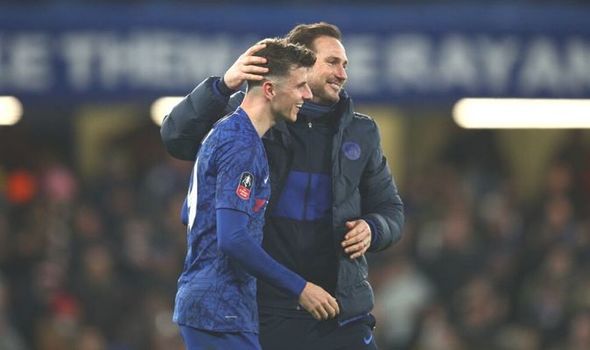 “We have to look at the positives. With how busy my job is I don’t have enough time at home to be with my family.

“I’ve had a lot of time to run around and play and spent time so that has been a positive for me.

“This situation has been changing frequently, it’s new ground. I let the players know I’m there for them all individually because these are tough times.”

The Premier League season is currently postponed indefinitely, although top-flight chiefs reportedly want to restart the campaign on June 1 and complete the remaining fixtures in just six weeks.

UEFA have already pushed Euro 2020 back a year to allow European leagues to finish later in the summer, while any Premier League games that do take place are set to do so behind closed doors.

The Chelsea squad are currently carrying out individual training programmes at home, with exercise bikes delivered to every player’s home while skipping ropes and weights were also sent out in a bid to replicate some of the facilities available at the club’s Cobham training ground.

Each Blues star has been issued with a GPS watch that logs their physical activity while staff are monitoring the results and providing daily feedback.

Two intense sessions per day are scheduled, but these are not just limited to the exercise bikes.

Players who have gardens are encouraged to do sprints and core strength exercises while those living closer to Stamford Bridge have been instructed to find quiet outside space to complete their running drills.

Some members of the team have even been sent healthy food parcels to help maintain their diet while Lampard and his backroom staff are in constant contact with the players.

The new training measures are said to have been well-received and the Blues boss is not concerned about any of his players slacking off due to the lack of football.

Indeed, Lampard has reminded the Blues stars to pay special attention to their families during such trying circumstances and draw motivation from them.

“My message to players is always look after your family and the motivation will come,” he said.

It is unclear when the Chelsea players will be allowed to return to training as a group, although it is reportedly unlikely to be before the start of May.