Frank Lampard has hailed Hakim Ziyech for providing a reminder of his ‘immense quality’ in Chelsea’s 4-0 Champions League win at Krasnodar.

Morocco winger Ziyech capped a fine full debut with a goal in Russia on Wednesday night as the Blues coasted to their first Champions League Group E victory.

The £40million summer signing from Ajax impressed on his first start since March, after the coronavirus shutdown and a nagging knee injury. 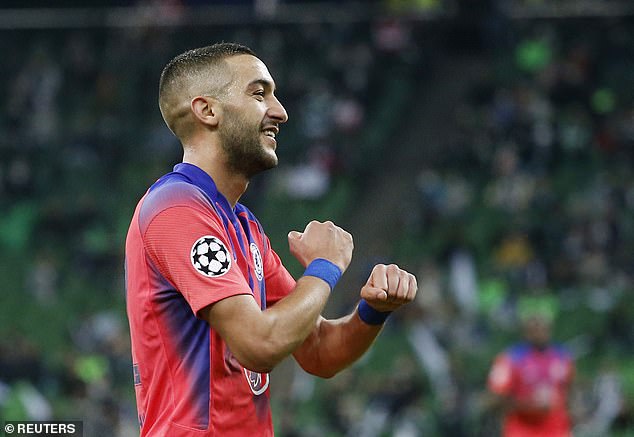 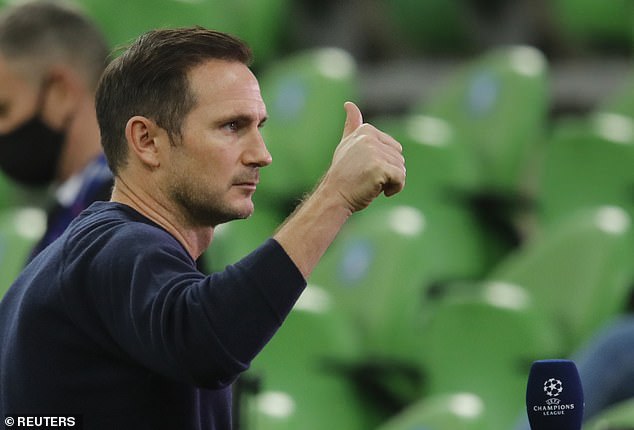 And now Lampard expects the 27-year-old to keep proving his top-level credentials, as he warms to his Stamford Bridge task.

‘Hakim Ziyech has worked really hard to be fit, and I was very excited to get his quality into the team,’ said Chelsea boss Lampard.

‘He brought a lot of quality and calmness when he was on the pitch, and got a well-deserved goal.

‘His performance was very, very good when you consider he hasn’t started a match since March, when the Dutch league finished. 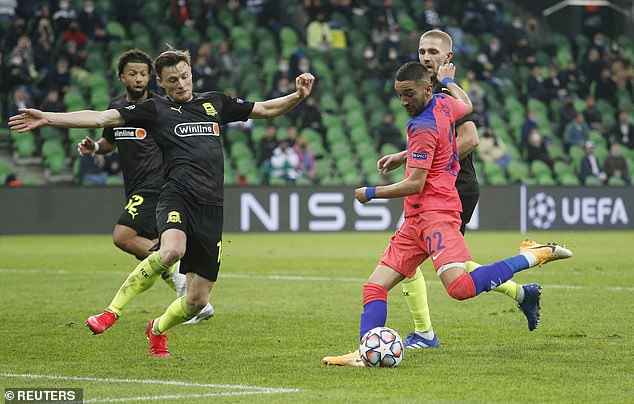 ‘It’s been frustrating for him and for us as his injury has meant he hasn’t been able to start.

‘But what I’ve seen in training and what I knew we were signing is a player of immense quality with personality to receive the ball and find assists and goals.

‘We saw a lot of glimpses of that, and he will get better.

We brought him in to do a job, and maybe people had forgotten about him a bit because we signed him in January and he missed the start of the season.

‘But now he has shown that he is here.’

Jorginho missed his second penalty of the season, before Werner rifled a late spot-kick to flex his own dead-ball muscles.

Antonio Rudiger enjoyed a positive first appearance of the season in helping the Blues seal a third-straight clean sheet in all competitions.

The German defender had appeared close to a Stamford Bridge exit during the transfer window, but now has the chance to rebuild his west London career. 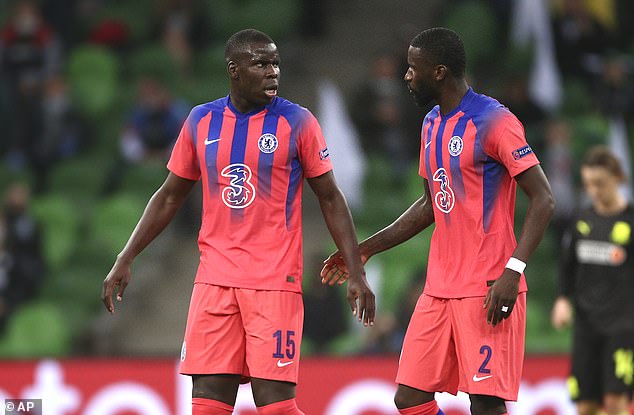 And Lampard insisted he never doubted Rudiger’s quality and commitment.

‘I am very pleased with the performance of Rudiger and (Kurt) Zouma; they can take credit for the clean sheet, amongst other players,’ said Lampard.

‘I didn’t have doubts over Toni. His training and professionalism has been clear ever since I’ve been here, and certainly in recent weeks.

‘And I was pleased with the back five’s concentration levels, to have a real desire to keep a clean sheet.’