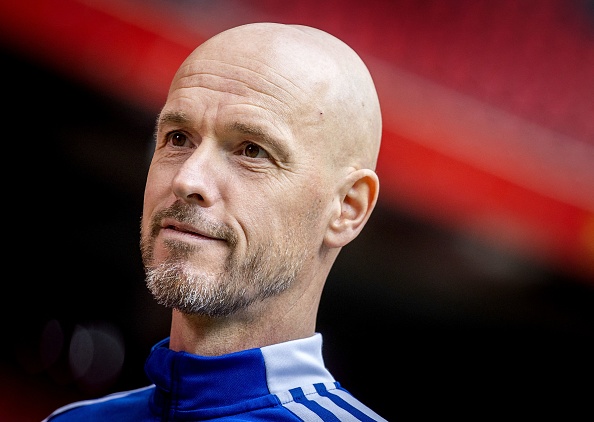 Fred says the appointment of Erik ten Hag is ‘great news’, while he called on his Manchester United teammates to ‘put a lot of work in’ upon the Dutch coach’s arrival.

On Thursday, United announced that their next manager will be Ten Hag, bringing an end to their search for interim boss Ralf Rangnick’s replacement.

The 52-year-old will see out the campaign with current club Ajax, and then take over at Old Trafford after the end of the season.

Ten Hag has put pen to paper on a deal which runs until June 2025, including an option for a further year.

The Dutchman has enjoyed success with Eredivisie club Ajax, notably guiding them to the Champions League semi-finals in 2019.

United midfielder Fred has branded Ten Hag a ‘world-class coach’ and is hoping he can lead the team to silverware.

‘He’s a world-class coach who will help us a lot here. I’ve watched Ajax and they are a great team who play good football. We know he helps us a lot and hopefully next year we can win trophies.

‘Of course, you always have to prove yourself day to day and game by game. A new manager will look at the team and you have to show the quality of your work to continue playing and working hard under the new coach.

‘The priority is to improve, develop day by day, continue fighting and challenge for trophies. We need to be back to the huge club that Manchester United are.

‘We need to get back to being the huge club that we are. We know the new manager will help us get back on the rails and the objective will be to be back winning again.’

Fred also urged his fellow United players to put the hard work in when Ten Hag makes his way to Old Trafford.

The Red Devils have struggled on the pitch this season, with their dismal 4-0 loss to Liverpool in midweek dealing a blow to their chances of finishing in the top four.

‘We really need to put a lot of work in, Fred added.

‘The new manager’s job will not just take one day to the next. It will take time. We will have pre-season and it won’t be easy. A new style that we can adapt to. We still need to meet our objectives on this season of course, too.’