The French media have desperately claimed that Argentina’s third goal in the World Cup final should not have been allowed to stand due to multiple Argentina substitutes running onto the pitch before Lionel Messi’s strike crossed the line.

Having raced into a two-goal lead before half time with goals from Messi and Angel Di Maria, Argentina were pegged back when Kylian Mbappe scored twice in two minutes to take the game to extra time.

The controversial moment then arrived in the 108th minute as Lautaro Martinez was played through on goal. His effort was well kept out by Hugo Lloris, but Messi was on hand to tap home the rebound from close range. 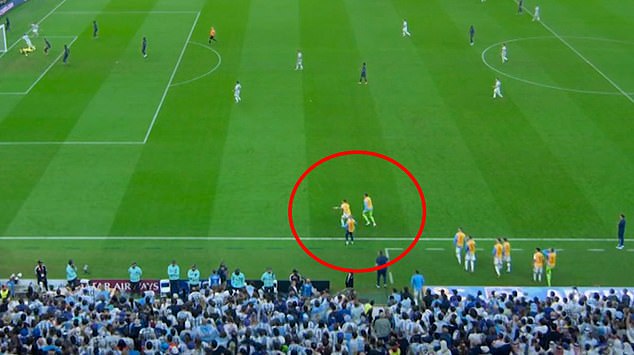 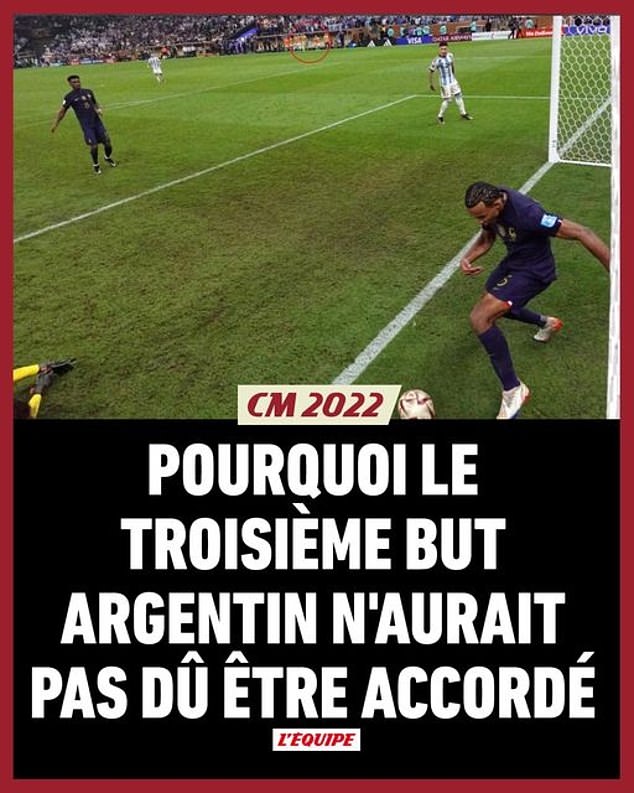 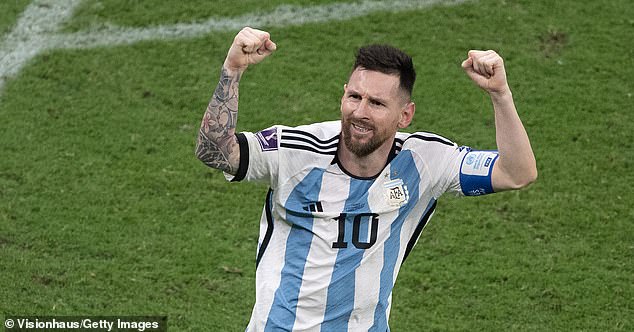 However, French outlet L’Equipe believe the goal should have been disallowed.

Underneath the headline, ‘Why Argentina’s third goal shouldn’t have been awarded’, they claim that ‘two emotionally charged substitutes’ entered the pitch before Messi’s shot crossed the line which is ‘strictly prohibited’.

The goal was checked by VAR for offside, but replays showed that Martinez had just managed to stay onside, leading to wild celebrations amongst the Argentina players and fans.

Whether VAR also looked at the substitutes going on the pitch is unknown, but L’Equipe feels a free-kick should have been awarded to France by the letter of the law.

They point out that Law 3, Paragraph 9 of the Laws of Football reads: ‘If, after a goal is scored, the referee becomes aware before play resumes that an additional person was on the pitch at the time the goal was scored: the referee must disallow the goal if the extra person was: a player, substitute, substituted player, sent off player or official of the team who scored the goal; play must be restarted with a direct free kick from the place where the extra person was.’

Instead, the goal was given and France were behind again, needing to find another goal to force penalties.

They managed to do just that as Mbappe fired home a penalty to complete his hat-trick after his shot had been blocked by the arm of Gonzalo Montiel. 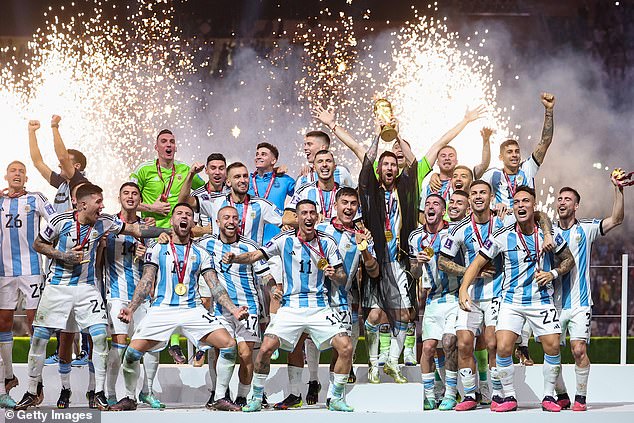 This meant penalties were needed to decide the winners, and after Kingsley Coman and Aurelien Tchouameni both failed to convert their spot-kicks, it was left to Montiel to redeem himself by scoring the winning penalty.

France narrowly missed out on winning their second successive World Cup, and were beaten on penalties in the final for the second time in 16 years after losing in the same agonising fashion against Italy in 2006.

The French media appear to feel that Sunday’s match may not have needed penalties, though, if Argentina’s third goal had been ruled out.