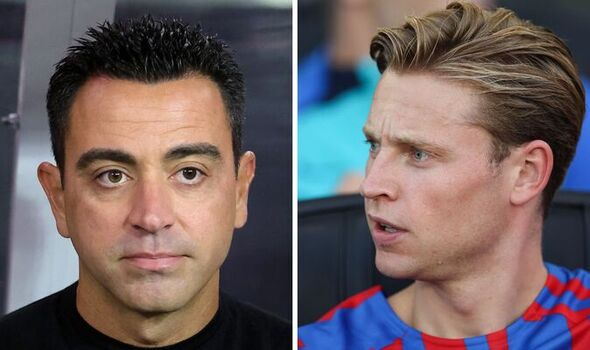 Barcelona boss Xavi has told Frenkie de Jong he must take a pay-cut in order to stay at the club – a request the Dutchman looks willing to approve, according to reports in Spain. The never-ending transfer saga that has dominated the headlines appears to finally be nearing a conclusion but it does not bode well for Manchester United.

The Red Devils have been sat at the negotiating table for weeks on end and despite agreeing a £72million deal with Barca, they could now be set for potential heartbreak.

De Jong has been consistent with his view on a move to Old Trafford, publicly declaring his wish to remain with Barcelona.

He has been respectful and appreciative of United and Erik ten Hag’s interest but De Jong feels his story in Catalonia is not yet done.

According to Spanish newspaper AS, Xavi has held face-to-face talks with De Jong this week in which he relayed a message from above that the player must take a pay-cut to stay at the club. 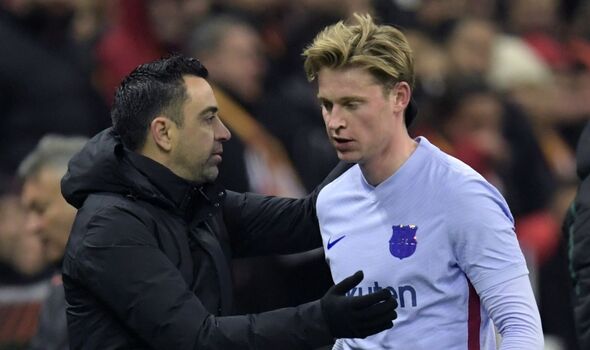 It’s claimed De Jong is expected to comply, despite allegedly being owed wages by his current employers.

Although Barcelona have spent excessively this summer, they are still struggling to balance their finances behind the scenes and, furthermore, comply with Financial Fair Play.

De Jong has been continuously pushed towards the exit door as his departure would generate substantial, immediate cash.

But Barcelona are respectful of De Jong’s wishes and Xavi also values and appreciates his quality and influence on the side.

Now the ball is in the Dutchman’s court, he must decide whether he is willing to see his salary slashed in order to stay in Spain for the upcoming season and beyond.

The report claims that both Xavi and De Jong left the meeting feeling satisfied with the nature of the discussions.

Barcelona are actively looking to create room within their wage bill to register the club’s new signings and De Jong has been identified as one of the players that must take a hit.

In addition, somehow, Barca are also trying to facilitate a last-gasp swoop for Jules Kounde.

Chelsea have offered Sevilla £55million for the defender but the proposal has not yet been accepted by the Andalusians.

Barca are now expected to make their opening offer for Kounde, who has reportedly agreed to join should a deal be struck.

The club’s best chance of quickly matching or bettering Chelsea’s bid rests with the sale of De Jong but now he looks likely to stay, Barcelona must devise a Plan B.

United could turn to the likes of Ruben Neves and Youri Tielemans, should they finalise give up on De Jong.