The race to sign Frenkie de Jong has narrowed amid claims that the Barcelona midfielder will not be heading to Bayern Munich this summer. The German giants were lingering in the shadows as Manchester United’s swoop for the Dutchman continued to stall, but with Bayern out of the equation, Erik ten Hag and co can breathe a little bit easier.

United’s interest in De Jong has dominated their summer. The 25-year-old has seemingly been reluctant to commit to the project under Ten Hag, but with Barca demanding that he take a pay cut to continue at the Camp Nou, the Red Devils have enough belief to hang in there despite a lengthy standoff.

The move is currently thought to be held up due to £17million of deferred wages that Barca are reluctant to pay. United have already agreed a £63m initial fee that could see things progress quickly should the current hurdle be cleared.

But with no Champions League football on offer at Old Trafford, there remains the possibility of a painful 11th-hour hijack. Chelsea are rumoured to be keeping tabs on De Jong, and Bayern were also waiting to pounce should negotiations with United have fallen through for good.

JUST IN: Tottenham boss Antonio Conte hints same transfer decision has been made with four players 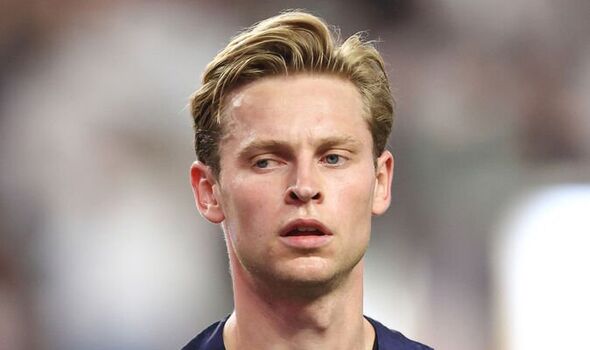 The Red Devils need not worry on the latter front, however, as Sky Germany claim that De Jong ‘definitely’ won’t be joining Bayern this summer. A permanent switch and a loan deal have both been ruled out, which would seem to leave United in a two-horse race with Chelsea assuming a Barca exit is inevitable.

According to SPORT, the Spanish side are now considering a loan arrangement which would give parties more time to find a solution in the deferred wages standoff. Barca president Joan Laporta has maintained that the club are keen to keep hold of De Jong, but they also need cash after splashing out on Robert Lewandowski, Raphinha and Jules Kounde.

Ten Hag would naturally have preferred De Jong to be bedding in by now, with United’s pre-season tour of Australia and Thailand firmly in the rear-view mirror. Even if a deal is promptly hauled over the line, there is just over a week left of the summer before the new boss makes his competitive bow in the dugout against Brighton on August 7.

United have had a relatively productive summer with Lisandro Martinez, Tyrell Malacia and Christian Eriksen all arriving. But there are plenty of high-profile issues left to resolve, including the future of Cristiano Ronaldo who supposedly reiterated his desire to flee Old Trafford after a crunch meeting at Carrington this week. 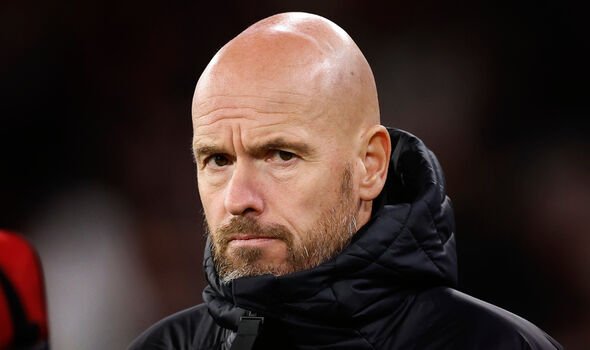 Loan exits may also need to be sorted out for young trio Amad Diallo, Charlie Savage and Zidane Iqbal after they were all left out of the squad to face Atletico Madrid on Saturday. Instead, they are expected to form part of an under-strength side against Rayo Vallecano this weekend.

Ten Hag and technical director Darren Fletcher supposedly met this week to discuss plans for their younger contingent, with loans to the Championship an option after the success enjoyed by James Garner and Tahith Chong last term.

Cristiano Ronaldo will start the Manchester derby despite dip in form