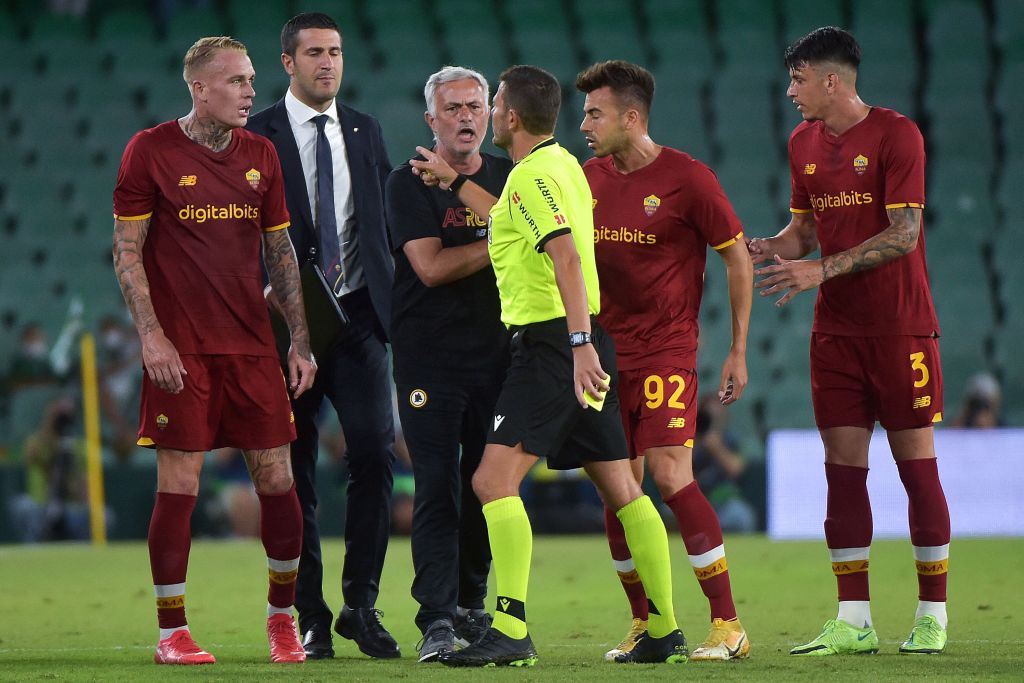 Jose Mourinho was left fuming during a pre-season friendly at his new club Roma and was sent off after storming onto the pitch.

Mourinho, the former Manchester United and Chelsea manager, was livid after Lorenzo Pellegrini was given his marching orders by Spanish referee Figueroa Vazquez in their 5-2 defeat to Real Betis.

Pellegrini was livid that Alex Moreno’s goal was allowed to stand despite the Betis star clearly handling the ball over the line after a shot had hit the bar.

And when the referee sent him off, Mourinho rushed onto the pitch to express his displeasure.

That, in turn, saw him sent off as he furiously remonstrated with the officials.

An entertaining encounter was locked at 2-2 after 51 minutes after goals for Betis from Rodri and Nabil Fekir, with Eldor Shomurodov and Mancini scoring for Roma.

But the game descended into chaos after Moreno’s handled goal.

Pellegrini, Mancini and Karsdorp were all sent off in a crazy 20-minute period, with Mourinho also being sent to the stands.

Cristian Tello and Rober both scored in the final 10 minutes, with Roma left with only eight players on the pitch and without a manager.

Mourinho was hired as the new Roma boss after leaving Tottenham Hotspur after a disappointing Premier League campaign.