Former Aston Villa striker Gabriel Agbonlahor has added the next chapter to his feud with Liverpool manager Jurgen Klopp by asking him for a ‘catch up’. The Reds manager had previously criticised the pundit for his comments after Manchester United lost 4-0 to Brentford.

Speaking earlier this week, Klopp revealed that he almost phoned into talkSPORT after listening to Agbonlahor slate United for their performance last weekend after they were humiliated by Brentford. He said: “He lost against us 6-0 in my first year [at Liverpool]. I couldn’t remember him as a ‘mentality monster’ on the pitch.”

“It was unbelievable. If ex-players are already going like this, you can imagine how everything else is going.” The comments did not go down well with Agbonlahor, who responded with an image of him celebrating after beating Liverpool at Anfield.

And the former England international added to the feud with comments on Saturday evening by saying that Klopp had no place to tell him how to be a pundit. Recalling the day of Klopp’s statement, he said: “I woke up and I’ve never seen my phone blow up as much as it was, I was like ‘what’s happened?’ and then it was ‘Jurgen Klopp has done this’. When I’ve seen the clip, I’m thinking ‘come on, Jurgen, this is a bit too much, isn’t it?’ 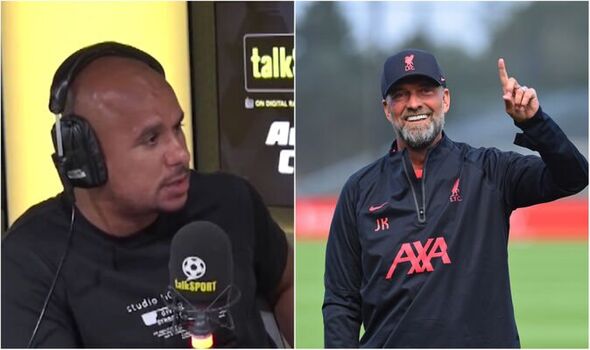 “It’s great for the show, listening to talkSPORT, all managers should be, but for me, I’ve got bosses I answer to and if my reaction to Manchester United being 4-0 down was too much, I’m sure I would have heard about that. I don’t need Jurgen Klopp to tell me how to be a pundit, he needs to concentrate on being a manager.

“He wouldn’t take advice off me as a coach, so I’m not going to take advice off Jurgen Klopp but it’s settled now. It was very strange for him to back Manchester United, but he might be playing mind games. Maybe he’s a bit nervous about Monday night. If they (Liverpool) don’t get a result against Manchester United then he wants to make out that Brentford are better than what they actually are.” 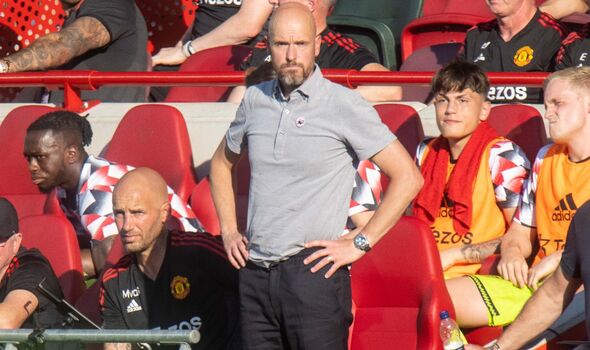 Liverpool take on Manchester United on Monday night in what is sure to be an incredibly heated encounter, with both sides having a point to prove after underwhelming starts to the season – though they are at different ends of the spectrum in terms of ‘underwhelming-ness’.

Agbonlahor then concluded his comments by saying: “It’s very strange. But Jurgen, if you’re listening, I’m available for a chat anytime, let’s catch up in Liverpool.” It’s unlikely that the former Borussia Dortmund boss will take the pundit up on his offer, though it feels like the offering will not be the last time that the pair lock horns over an issue.