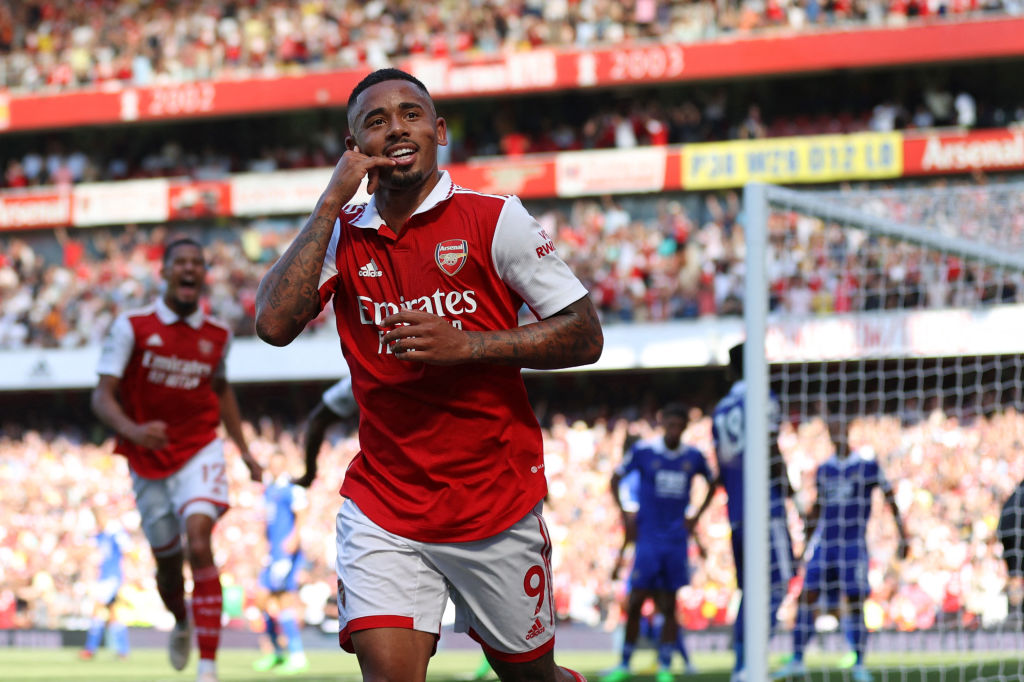 Gabriel Jesus was thrilled after marking his home Arsenal debut with two goals in a thumping 4-2 win over Leicester City.

The summer signing from Manchester City enjoyed a stellar pre-season campaign and earned plaudits for an eye-catching performance in last weekend’s 2-0 win at Crystal Palace.

Jesus, however, was thrilled to get off the mark this afternoon with a superb curling shot and then doubled Arsenal’s lead with a predatory header at the far post.

Not content with that, the Brazil international also provided the assists for goals scored by Granit Xhaka and Gabriel Jesus that helped thwart a Leicester comeback.

‘I am so happy because we played so good against a tough opponent,’ said the £45million summer recruit.

‘I work all day every day to score goals.

Asked how happy he was to have got off the mark in a subsequent interview, Jesus added: A lot, a a lot. I just wanted to play and the club understand.

‘Sometimes players just want to play and I’m the same. Here I come, every day I train, me and Eddie, he has a lot of quality and a lot of confidence to play as well.

Assessing the performance of his headline summer signing, meanwhile, Mikel Arteta purred: We know what Gabi can do.

‘He is disappointed in that dressing room because he said he could have scored four. I would not like to play against him. So mobile, so intuitive, always sharp.’