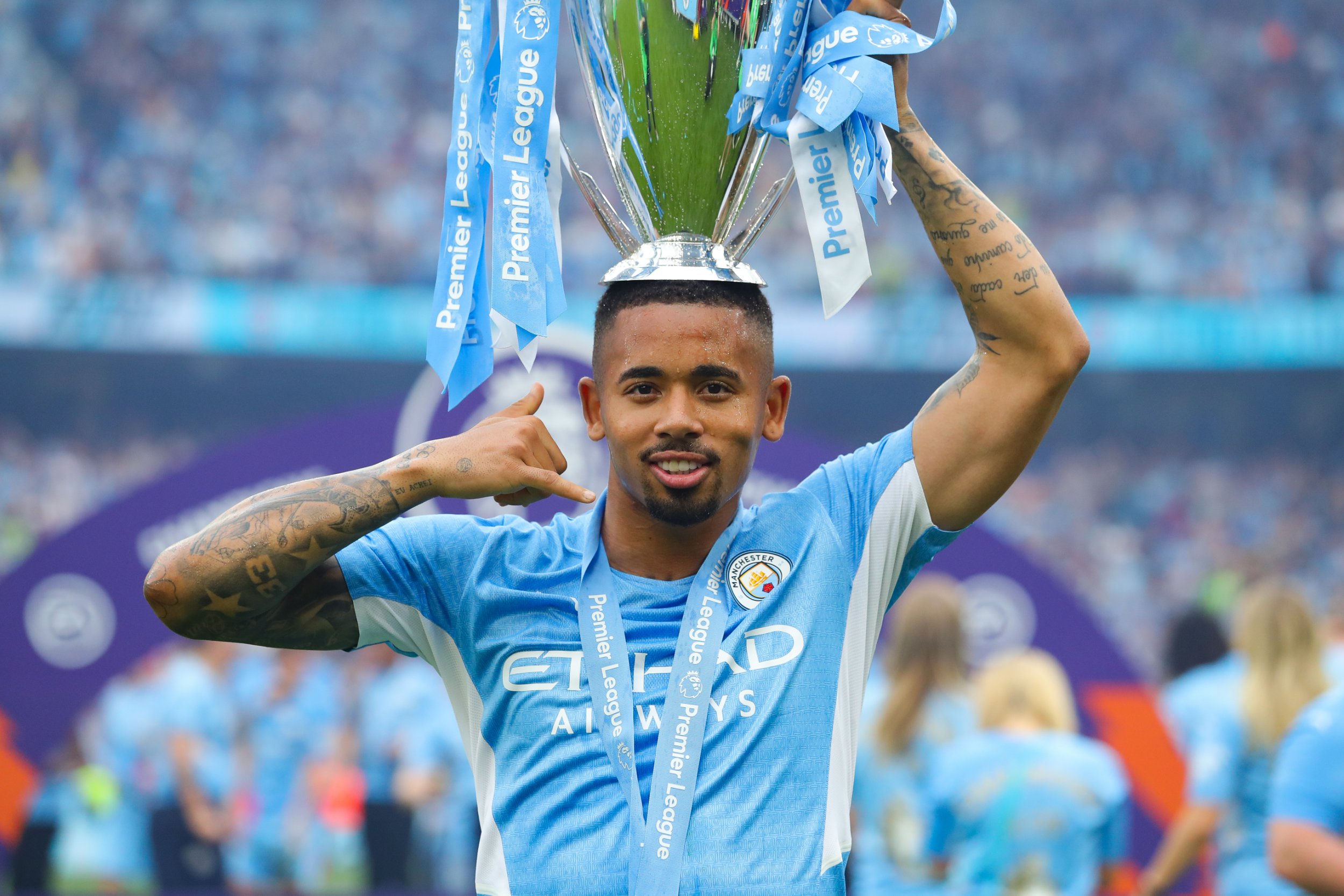 Gabriel Jesus has revealed he has told Manchester City about his desire to move clubs this summer with Arsenal still frontrunners to sign the Brazilian.

Jesus won his fourth Premier League title with City on Sunday as Pep Guardiola’s side came from behind at the Etihad Stadium to seal a 3-2 victory over Aston Villa.

Earlier this month, Jesus’ agent revealed that the City forward ‘likes’ Arsenal’s proposal and described a possible move to Mikel Arteta’s side as a ‘serious possibility’.

But the 25-year-old’s agent also revealed that six other clubs are also in the running.

Speaking after he lifted the Premier League trophy with his City teammates on Sunday, Jesus revealed he will make a final decision over his next club during his holiday this summer.

‘I have a contract with City and I have already expressed my desire to the City people and to my agent. I have in my head very clear what I want.

‘Today, I want to celebrate a lot with City. It’s obvious that I’m very happy here. Tomorrow, if everything goes well for me, my wife and our family, Helena [his daughter] will come to the world.

‘So, I have to take advantage of this moment. Then, think about the team, smile at the team again. And, on vacation, I decide about my future.’

Meanwhile, Brazilian outlet Globo report that Jesus’ preference would be to remain in the Premier League and that Arsenal is his ‘most likely’ destination.

The report also claims that City are demanding at least £42 million for the Brazil international, whose contract expires with the Premier League champions next year.

It’s understood that Jesus was also considering leaving City before the club agreed their deal to sign Erling Haaland from Borussia Dortmund, and that Arsenal have a key advantage during negotiations due to the Brazilian’s positive relationship with the Gunners’ technical director Edu.

Who Liverpool should sell, loan and buy this summer in transfer breakdown