Tottenham head coach Jose Mourinho says Gareth Bale is “arriving” at his best form and hopes the forward will “fly” when he plays against Royal Antwerp in Thursday night’s Europa League group game.

Mourinho said Bale would play from the start in the Group J match and was full of praise for the Wales international, who is on loan from Real Madrid, for his professionalism and work-rate off the field since returning to Spurs.

It will be just his second start this season, the first coming in the 3-0 home win over LASK on the Europa League’s opening day, but Mourinho can already see signs of Bale reaching his best level.

“Bale is playing and we all have not just a feeling but the data to show that Bale is arriving,” said Mourinho, who is set to make changes from Spurs’ 1-0 Premier League win at Burnley on Monday.

“He is working very hard, he is being a great example for everybody. A big guy like him travelled to Burnley, stayed on the bench for 90 minutes, didn’t play for one minute.

“He is improving, improving a lot and I think tomorrow (Thursday) already we can see Gareth at a good level and hopefully he can fly because he is working very hard.” 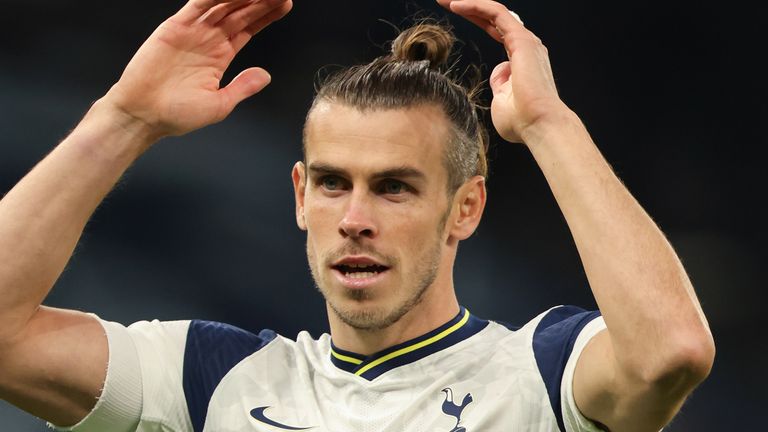 Bale was often a target for criticism in Spain, with people suggesting he cared more about playing golf than football, but Mourinho defended the forward and says he has only seen good things from the loanee.

“One thing is reputation, another thing is facts,” said Mourinho of the criticism of Bale in Madrid.

“I would love to have his reputation and four Champions League titles – I have only two. So the facts with Gareth are that he made a difference at that club.

“It was a club that for years, more than one decade, without a quarter-final of a Champions League. But then a big jump in front with three consecutive Champions League semi-finals.

“But when he arrived, they won four in five seasons. So for me these are the facts, the reputation is not important for me. The facts are important and he made a huge difference in the club.

“I can only speak about him with us, and him with us has been amazing. He arrived injured, and when you are injured for such a long time it takes a little bit of time. We are giving him that time and he is working very hard.

“I think he is very pleased with the level of organisation that we have in the club, probably he is not used to it. But the way we work between coaching staff, medical staff and the sports science area, we are providing him with the best conditions for his evolution.

“We are giving him time, but he is in a better place than he was in a few weeks ago. He is arriving.”