Having topped Group D unbeaten, the Three Lions secured a mammoth last-16 result against old foes Germany on Tuesday as Raheem Sterling and Harry Kane secured a 2-0 win at a rocking Wembley

That triumph has seen hope and expectation increase that this could finally be the year that England add to the World Cup triumph of 1966, when Sir Alf Ramsey’s side played all six of their games at the national stadium.

Southgate’s men would play all but one of their matches at Wembley if they reached the Euro 2020 final, with Saturday’s quarter-final against Ukraine at the Stadio Olimpico the only game away from home. 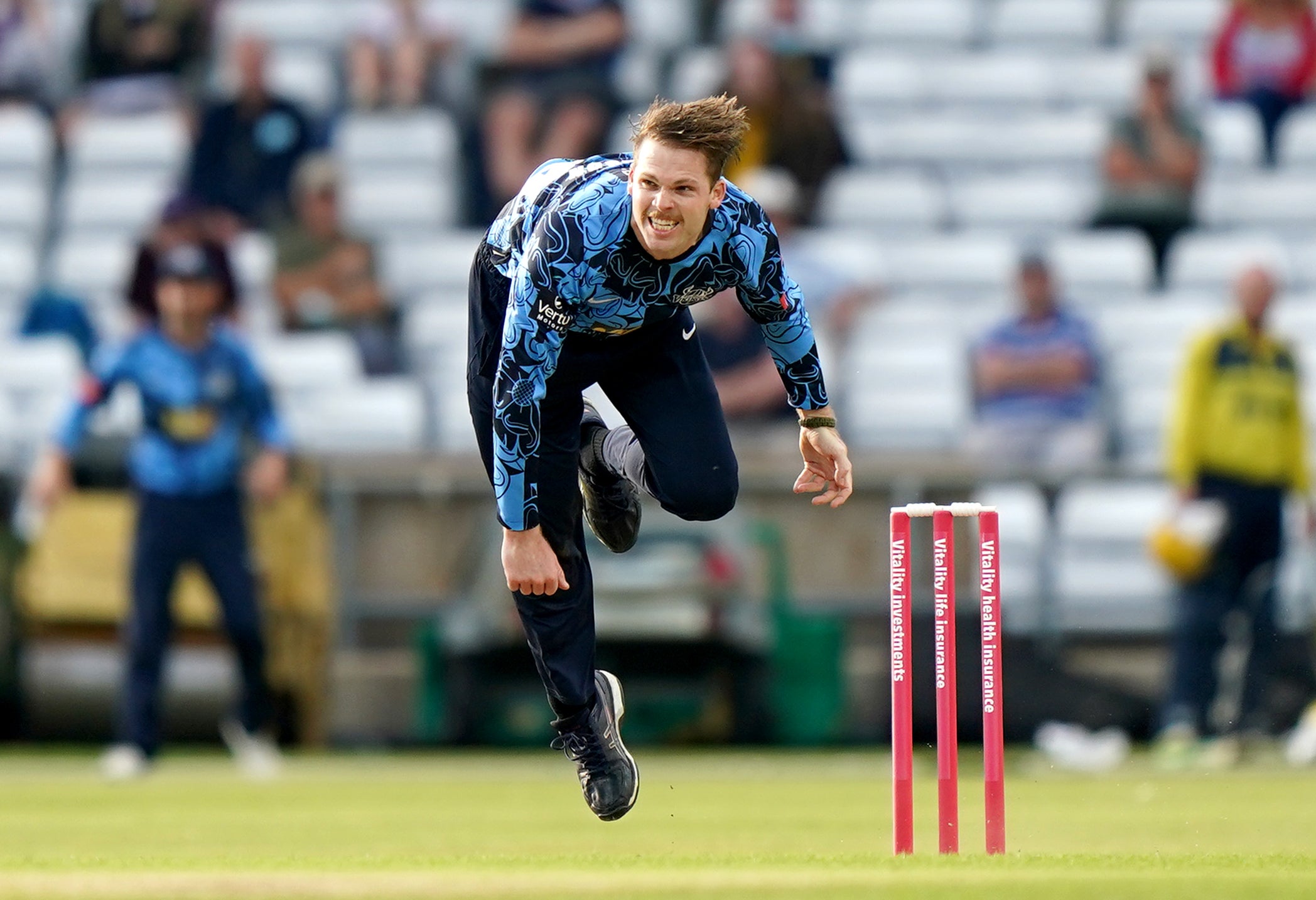 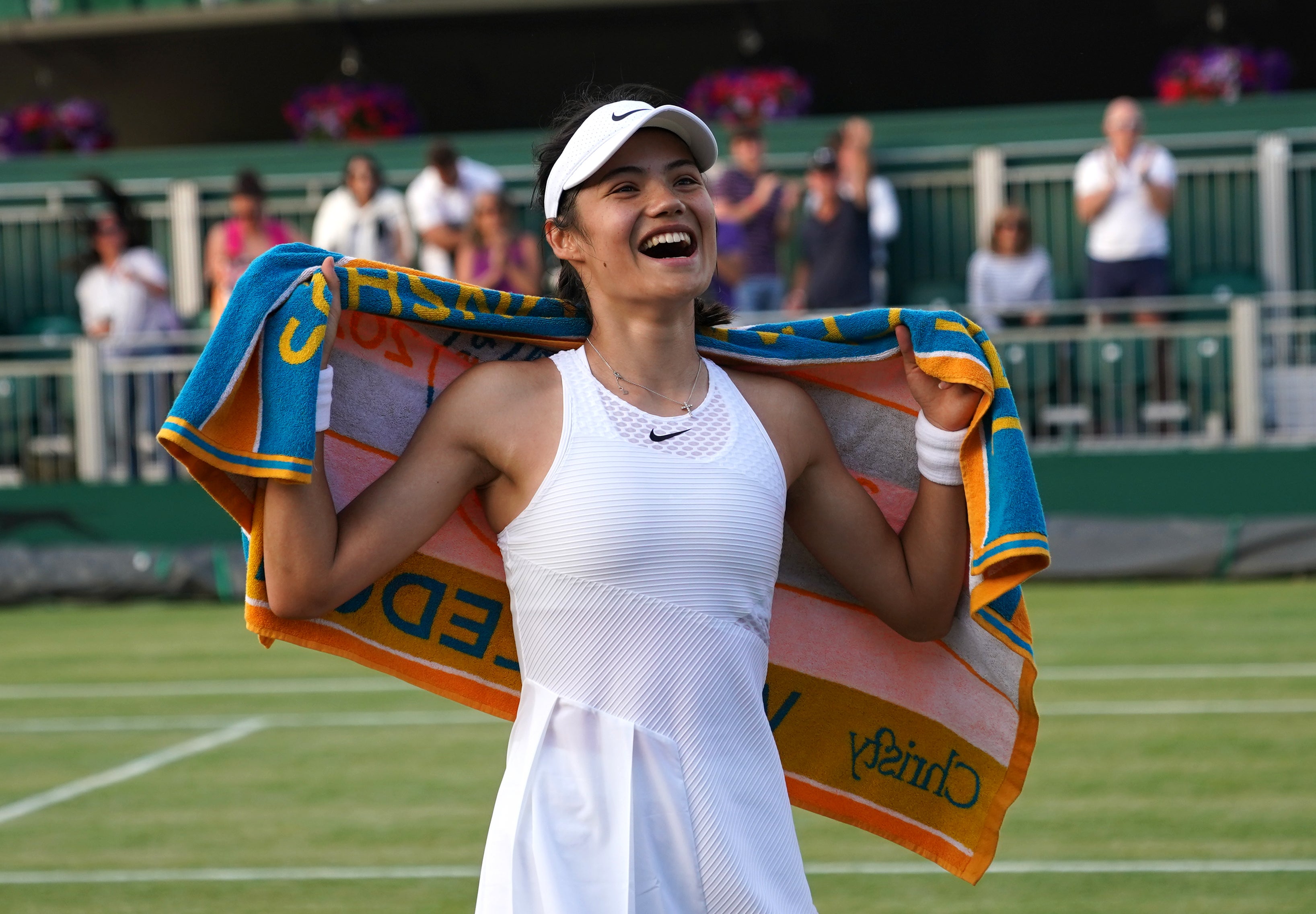 Logistical headaches and hot weather replace home comforts and a partisan crowd, but the England boss believes that could provide the kind of shock they need after the Germany triumph.

“I think there was clearly a big emotional toll from the game and everybody enjoyed the day but, even in the dressing room afterwards, the players were already talking about the next game and the need to prepare well,” Southgate said.

“So we have shifted the mindset quickly on to that next challenge.

“We’ve achieved one challenge but that’s not the Everest we set ourselves, really. We want to push on from where we’ve got to now. 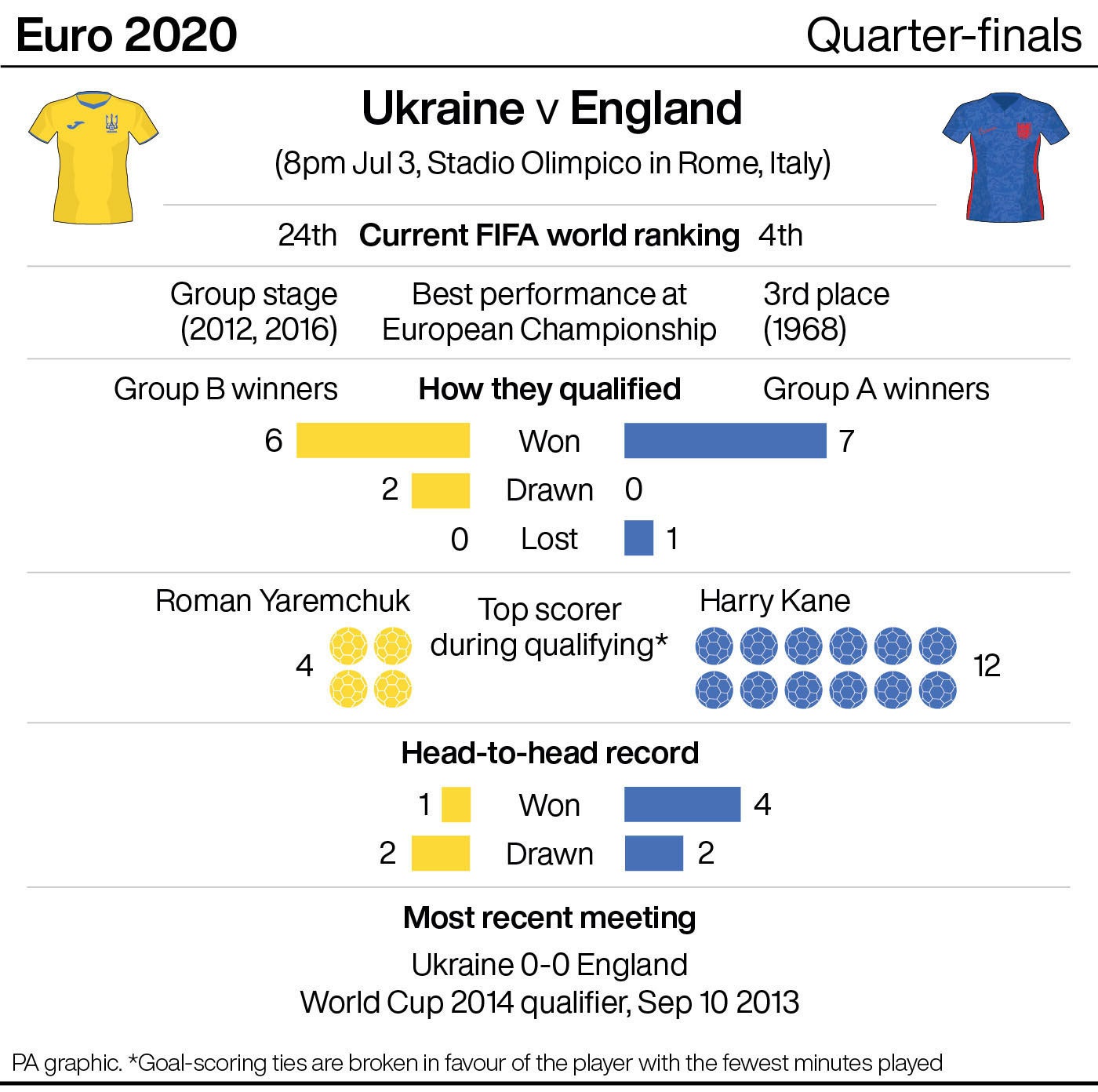 “I think the psychological freshness is key. We’ve obviously got a strong squad as well.

“It’s actually, for us, probably a good thing to be going away now. It would’ve been very hard, three days later, to replicate that experience at Wembley.

“So now we’ve got a different sort of test. We’ve got to go away from home, play a good team, without many English fans in the stadium, so it’s all about our group, it’s all about our team and what we do, and the energy and focus that we create.”

England are overwhelming favourites with bookmakers to progress to the semi-finals, three years on from reaching the final four at the World Cup.

Underdogs Ukraine are 24th in the FIFA world rankings – 20 spots below the Three Lions – and had the worst record of the third-placed sides to progress to the last 16.

Andriy Shevchenko’s men beat 10-man Sweden 2-1 in extra time on Tuesday and are in just their second ever major tournament quarter-final, but there is no danger of Southgate looking beyond them.

“We’ve got external expectations and this team have been to two semi-finals (the World Cup and Nations League),” the England manager said.

“We said after the game with Scotland that we didn’t want to be involved in a defeat that was going to be rerun for years and years. I’m quite happy for that game never to be shown again.

“The fact is the game the other night (against Germany) will be. But that’s for the future. That’s when we’re reflecting or sat doing something else.

“Now, this is the next step, the next opportunity – the opportunity to get to a third semi-final for us in the last few years, a second major tournament semi-final and you’ve got to go back to Sir Alf’s time to be able to do that.

“It’s another chance for the team to make history.”

England have to check on Bukayo Saka’s “slight knock” ahead of the match in Rome, where the temperature will still be around 27 degrees Celsius come kick-off.

Southgate has enviable strength in depth to deal with such concerns and hopes to give the nation something to smile about again on Saturday.

“I’ve said before we have the opportunity to give people special days and Tuesday was a special day and one that, frankly, everybody needed,” he said.

“I don’t think that burden can sit entirely with a group of young players. Other people are going to have to help us out at some point – but we’ve got a great chance to allow people to enjoy the ride.

“We want to enjoy it, we are very focused on where we want to head, we’re not satisfied with where we’ve got to – but we have to deliver that.

“We know now there is an understandable increase in expectation from everybody else and I’ve got to manage that for the players, make sure they stay composed, not anxious about what this could be.

“It’s totally about staying in the present and focusing on this immediate challenge ahead of us.”