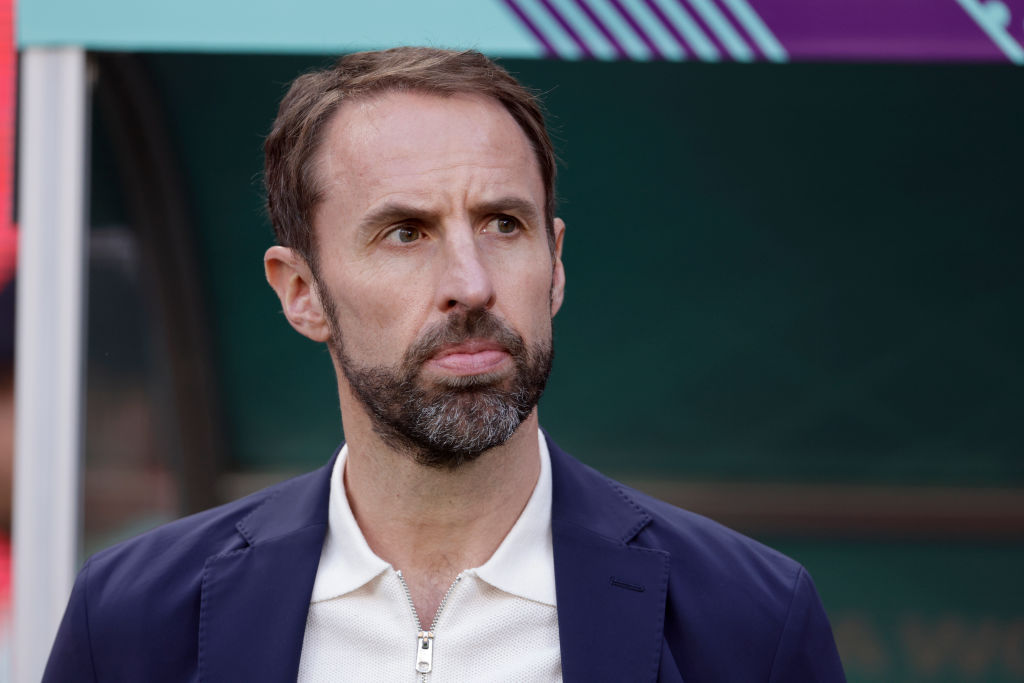 It will be an unchanged England team that takes on USA on Friday at the World Cup in Qatar, with Gareth Southgate sticking with the same side that thrashed Iran.

There had been injury worries over both captain Harry Kane and centre-back Harry Maguire, but both have shaken them off to be available in the second group game.

Given England hammered Iran 6-2 in their first match, it is little surprise that Southgate has stuck with the same XI given the opportunity.

After Iran beat Wales earlier on Friday, the Three Lions know that victory over USA will guarantee them progression and almost certainly top spot in the group, so Southgate’s thinking will be to go all out to win on Friday, which would allow him to change things on Tuesday against the Welsh.

Jordan Pickford is in goal, behind a back four of Kieran Trippier, Maguire, John Stones and Luke Shaw.

The impressive midfield trio of Delan Rice, Jude Bellingham and Mason Mount keep their places, with Raheem Sterling, Bukayo Saka and Kane in a front three.

USA have made one change, with Haji Wright coming in for Josh Sargent up front.

Matt Turner is in goal, behind a defence of Sergino Dest, Walker Zimmerman, Tim Ream and Antonee Robinson.

In midfield the Americans have Weston McKennie, Tyler Adams and Yunus Musah, with Christian Pulisic, Wright and Tim Weah up top.

Stones won his 60th cap against Iran, while Maguire will win his 50th against the States and Southgate has praised their partnership, saying it has been crucial to success over the last four years.

‘We wanted to build our team of having the capability of playing out from the back,’ said Southgate. ‘Harry and John Stones have provided that incredible platform to build on.

‘We won’t appreciate that stability in possession until they’re not there. And they can defend well. They know each other’s games and they fight for each other. They take pride in keeping clean sheets.

‘Harry’s 50th cap is well deserved. He has played a big role in two big tournament performances and we hope it’s a third.’

Neymar’s pained reactions to being fouled are due to ‘incredibly sensitive feet’, says PSG coach