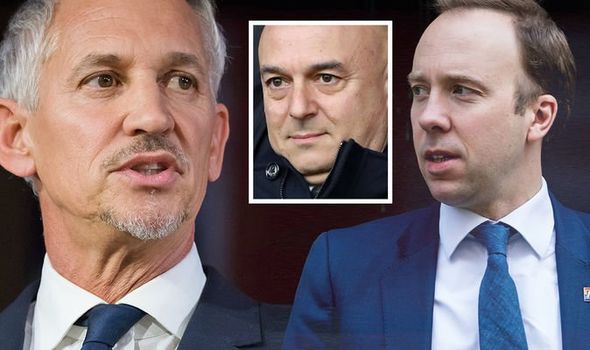 Gary Lineker is confident Premier League players will ‘step up’ as pressure grows on them to make contributions and take wage cuts during the coronavirus pandemic. The PFA yesterday announced they would not pressure clubs to enforce cuts on their players and hit out at the likes of Tottenham and Newcastle who have put employees on the furlough scheme created by the government.

Health Secretary Matt Hancock called on Premier League stars to take big wage cuts in the face of the pandemic and MP David Lammy branded it ‘criminal’ that players were still taking full pay despite being out of action.

Footballers have been targeted ahead of bankers, musicians and other million pound earners but Lineker is confident help is coming from the sporting world.

“I think a lot of footballers will do something,” Lineker said.

Match of the Day host Lineker is an avid Twitter user and has responded to a host of tweets in the last 48 hours on the subject.

Melissa Reddy, a sports reporter for the Independent, wrote: “Uncomfortable with PL players being singled out so emphatically by so many – especially opportunistically in government.

“Populist and easy. They are not responsible for the decisions clubs, billionaires, or authorities make. They’re willing to help, PFA have told them to wait.” 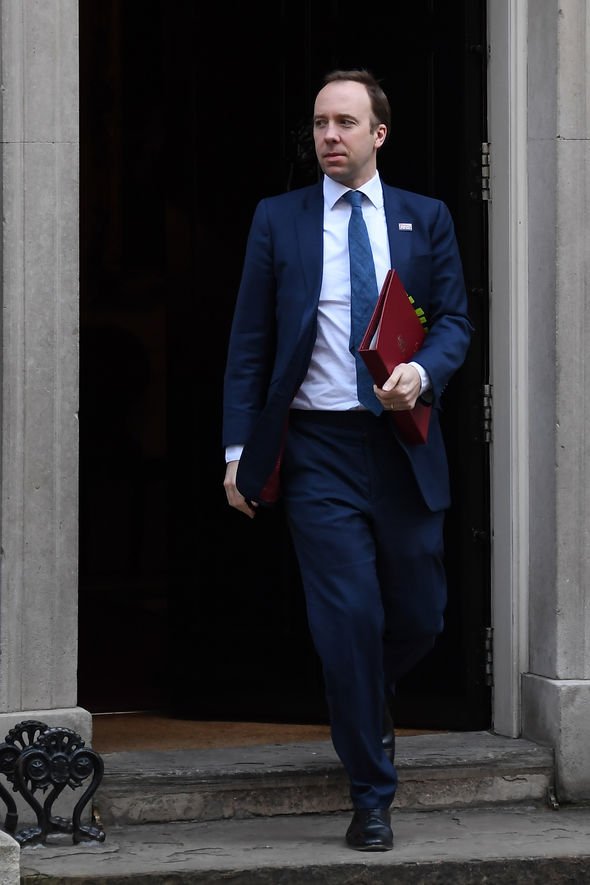 And Lineker responded saying: “Spot on. Confident that players will step up.”

He also wrote: “Abso-bloody-lutely” when Gary Neville said: “I wish I was a player for 10 more mins.

“The PL players are more than likely working on a proposal to help clubs , communities and The NHS. It takes longer than 2 weeks to put together.

“Matt Hancock calling them out when he can’t get tests in place for NHS staff is a [email protected]@@@@g cheek!”

However Lineker was less forgiving to his old club Tottenham who have put around 550 non-playing staff on reduced salaries, announced the same day the club’s financial records showed chairman Daniel Levy had earned £7m for the year.

Lineker told BBC Radio 4’s ‘World at One’:: “The way Tottenham have handled it – I don’t think has been very good But that is a separate issue to what the players do.

“My inkling is that footballers will take pay cuts, they will help out in communities, they will make donations in whatever way they can, and I think we need to be a little bit patient with them.”

Piers Morgan also questioned Matt Hancock’s words, when he asked: “Will Mr Hancock & his cabinet colleagues also be taking a pay cut – or is the intention here just to shame footballers who haven’t said they won’t?”

Hancock’s original statement was: “Given the sacrifices that many people are making, including some of my colleagues in the NHS, who have made the ultimate sacrifice getting into work and have caught the diseases and sadly died, I think the first thing Premier League footballers can do is make a contribution, take a pay cut and play their part.”.

Several teams across Europe have announced their players are taking a pay cut including Barcelona and Juventus, while Bournemouth manager Eddie Howe has taken a voluntary cut.

But the PFA stood firm and told Premier League clubs to pay their players and staff.

Another Premier League meeting is scheduled for today (Friday) and wage cuts and deferrals will be among the topics discussed, as well as the pushing back of the current return date which stands at April 30.

The Premier League is expected to be pushed back further with UEFA confirming their intention to complete the Champions and Europe League this season but with the campaigns suspended ‘until further notice’.