Gary Neville offered to compensate Cambridge United after Salford City cancelled the pair’s clash after the visitors’ team bus had arrived at the ground.

Salford, the club which Neville part-owns with other members of Manchester United’s ‘Class of 92’, announced the League Two clash had to be postponed due to a frozen pitch.

With the announcement being made at 5:30pm, the visitors had already made the three-and-a-half trip to the Peninsula Stadium in preparation for the match. 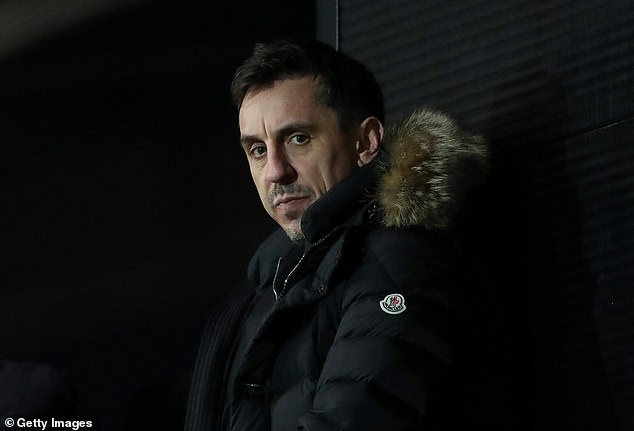 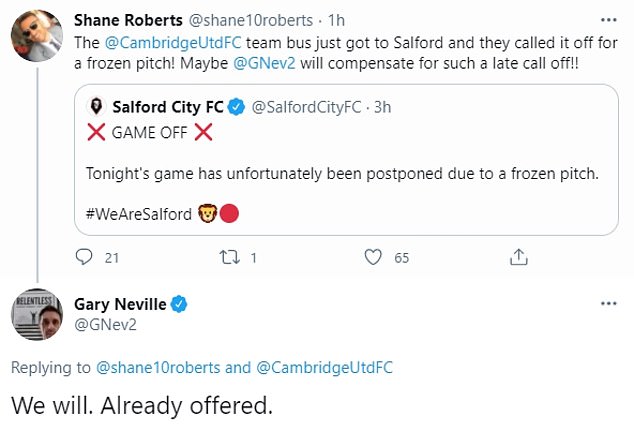 After Cambridge fan asked if visitors would be compensated, Neville confirmed they would

And after one Cambridge fan pointed this out on Twitter, Neville revealed the club had offered to compensate the members of the club who had made the journey.

@shane10reports wrote: ‘The Cambridge team bus just got to Salford and they called it off for a frozen pitch! Maybe Gary Neville will compensate for such a late call off!!’

The former right-back immediately responded: ‘We will. Already offered.’ 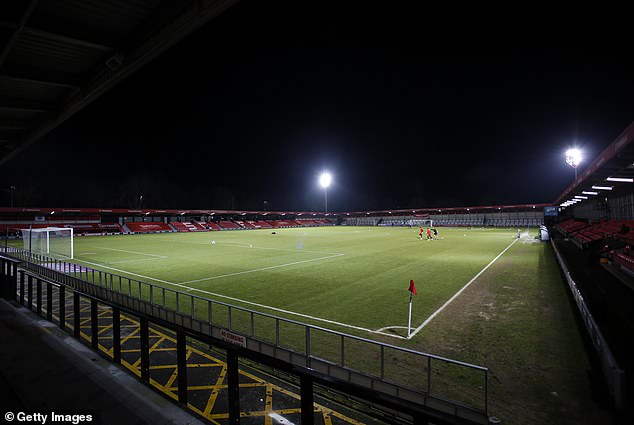 The League Two side confirmed the game would be played at a later date after the referee decided the pitch ‘hadn’t sufficiently thawed to play’.

The club also confirmed fans who had bought their match pass option would receive a refund.

Salford sit in seventh place in League Two currently but only four points behind leaders Cambridge having already played a game less.