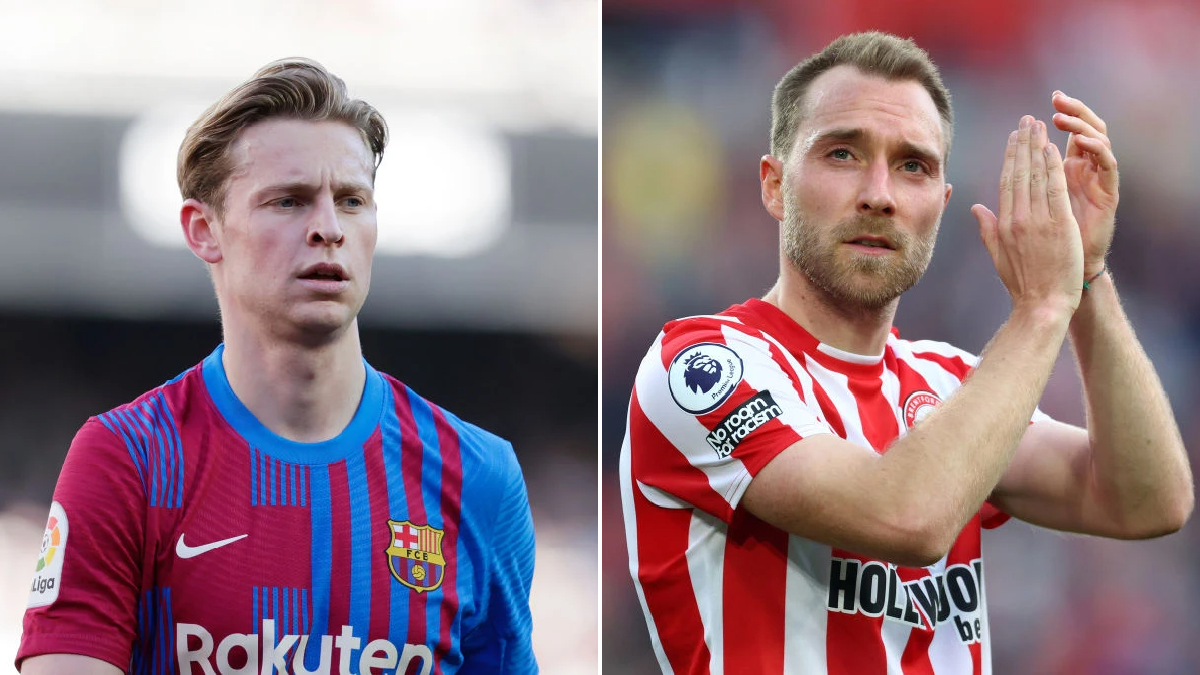 Former Manchester United defender Gary Pallister has urged the club to wrap up a deal for Christian Eriksen while backing Frenkie de Jong to become a key player at Old Trafford if he arrives from Barcelona.

United are understood to have offered a contract to Eriksen, who will become a free agent at the end of the month following a six-month spell at Brentford.

With Tottenham stepping back from a deal to sign the Denmark international in order to focus on other business, United are hopeful of persuading him to join them despite not being able to offer Champions League football next season.

While Pallister believes Erik ten Hag may have a job on his hands in accommodating both Eriksen and Bruno Fernandes in the same side, he believes United are in urgent need of proven quality in the squad and is eager for his former side to get the deal done.

‘I think that is a no brainer if they can get their hands on him,’ Pallister told Metro.co.uk on behalf of Bookies Bonuses when discussing a move for Eriksen.

‘Hopefully his medical issues are all dealt with, we saw in his role for Brentford last season that he has still got amazing ability and on a free transfer it’s a no brainer.

‘You wonder how it would work with Bruno Fernandes at the club but that’s for Erik ten Hag (to sort). But I don’t think you can ever have too many quality players in the side.

‘It gives you options, helps with injuries if that becomes a problem and when you have someone with the class of Eriksen… I would like to see that deal done as well.’

Erik ten Hag is eager to rebuild United’s midfield this summer with Netherlands star de Jong his top target. The Premier League side remain in negotiations with Barcelona over a fee, having seen an opening offer of €60m turned away with the Catalan giants holding out for €85m.

While there is still work to do in order to get the deal done, Pallister is confident de Jong has the ability plus the experience of ‘playing in the spotlight’ to revitalise United’s meek midfield.

‘Barcelona know how desperate United are to bring in players,’ Pallister said. ‘They are going to push to the nth degree to get whatever money they can and that is the case whenever United come knocking.

‘They are still seen as one of the richest clubs in the world. Hopefully they can get that deal done, de Jong is at the right age, has plenty of experience and is the type of player that can really express himself at a place like United.

‘He is used to the pressure and the spotlight having been at Barcelona so he would certainly tick a box. Midfield has been an area of concern.’