Home » Soccer » Gerd Muller: ‘The Muhammad Ali of the penalty box’ who fired Germany to glory

He was mocked for being short and fat and once said, if he had not made it as a football player, he would probably have worked in insurance.

But office hours were not required for Gerd Muller, who has died at the age of 75 after a near six-year battle with Alzheimer’s disease.

Instead, he made a mockery of his early critics and amassed a goalscoring record which ensured he will go down in history as one of football’s finest strikers. 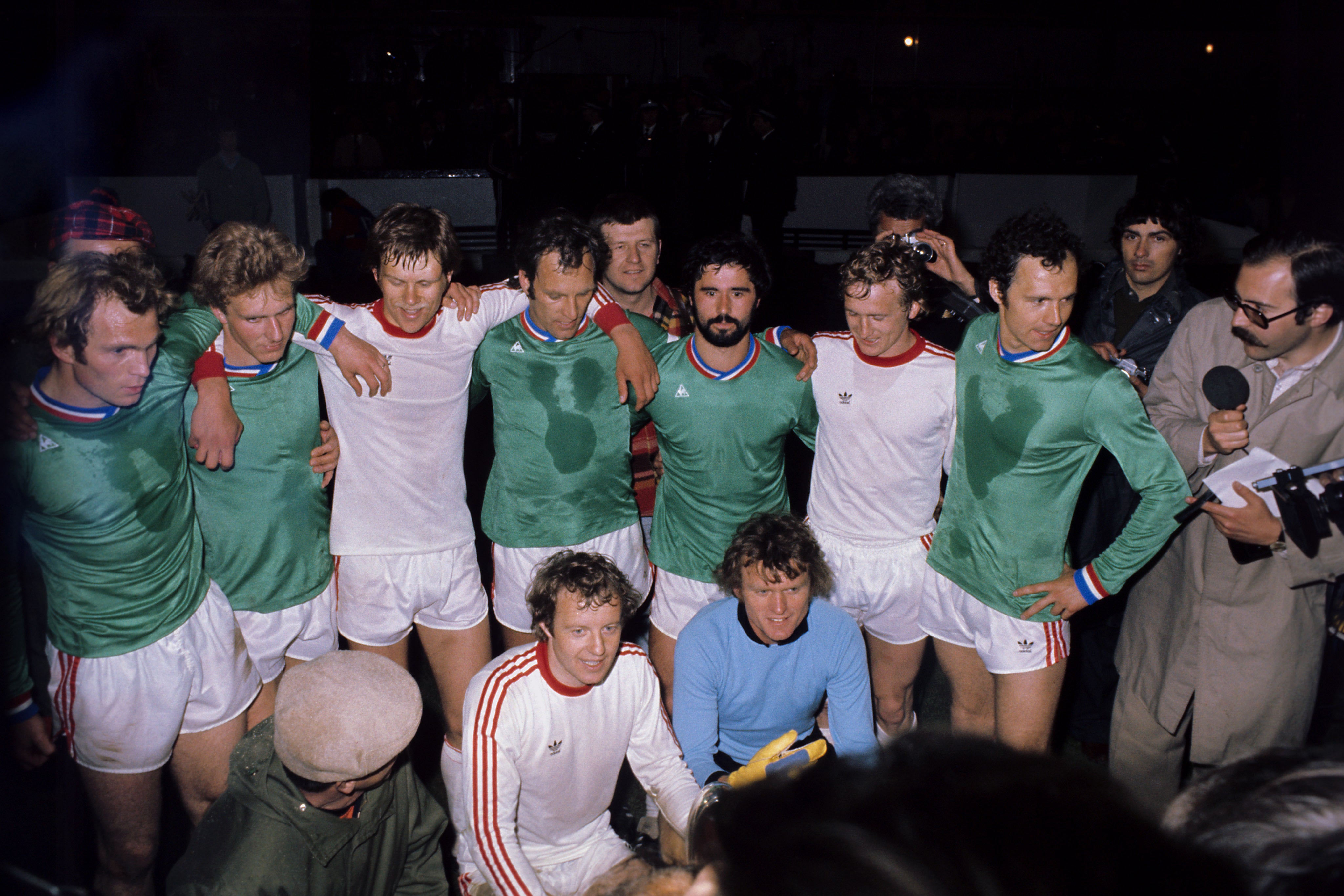 “Without his goals, FC Bayern and German football would not be what they are today,” said another of the club’s greats, Karl-Heinz Rummenigge, in 2015.

“He was still remains the best of all time, the Muhammad Ali of the penalty box.”

Muller scored 365 goals in 427 Bundesliga games for Bayern Munich playing an integral role in their rise from the German regional leagues to three consecutive European Cup triumphs from 1974.

He scored 68 goals in 62 games for West Germany a record which would stand for 40 years until it was finally surpassed by Miroslav Klose.

And he saved arguably the most important of his then-record 14 World Cup final goals for last, netting the winner as West Germany secured the 1974 title with a 2-1 victory over Holland on home soil.

Not bad for a player whose stocky and powerful appearance led to him being nicknamed “short, fat Muller” by his first coach at Bayern Munich, Zlatko Cajkovski.

Muller was born on November 3, 1945 in Nordlingen, Germany, a town notable for its craftsmen and, in particular, weaving, in which he served a junior apprenticeship.

At the same time, Muller was developing a powerful physique which belied his initial appearance and saw him carve a reputation as a goalscorer of considerable repute with his hometown club.

After scoring over 50 goals in 1964, Muller was brought into a rising Bayern squad already underpinned by fellow future superstars Franz Beckenbauer and Sepp Maier.

Together, they would elevate the club to unimaginable heights, with Muller’s goals integral to the club’s four Bundesliga triumphs between 1969 and 1974.

As Bayern rose to the status of European superpower on the back of his clinical penalty box strikes, Muller shed his first derogatory nickname and developed a new one: Der Bomber.

Muller replicated his goalscoring exploits on the international stage, where his made his debut for West Germany in 1966.

In 1972, two years after being crowned European footballer of the year, pipping Bobby Moore to the Ballon d’Or, Muller dominated the European Championship in Belgium, scoring twice in his country’s 3-0 final victory over the Soviet Union.

Two years later, after claiming the World Cup for Germany on home soil, he abruptly announced his retirement from international football at the age of just 28.

Although Muller continued to succeed with Bayern, he became increasingly unsettled, and in 1979 opted to follow Beckenbauer to the United States where he signed for the Fort Lauderdale Strikers.

He played three seasons in the US and opened a restaurant, before announcing his retirement in 1982.

Muller struggled in his post-football career, and entered a clinic for alcohol dependency after the intervention of one of his World Cup-winning team-mates, Uli Hoeness.

Hoeness subsequently became the general manager at Bayern and brought Muller back to the club as coach of the Bayern Munich II team.

Shortly before his 70th birthday in 2015, Bayern announced that Muller had been diagnosed with Alzheimer’s disease. He is survived by wife Uschi and daughter Nicole.