Germany dealt a major blow ahead of Women’s 2022 Euros semi-final clash with France, as striker Klara Buhl is ruled out after testing positive with Covid

Germany have been dealt a blow as forward Klara Buhl has been ruled out of Germany’s Euro 2022 semi-final against France after testing positive for Covid.

The 21-year-old Bayern Munich star is currently in isolation but is not currently displaying any symptoms.

‘She is currently symptom-free and was immediately isolated. Further tests of the entire team and staff were negative,’ the team said on Twitter. 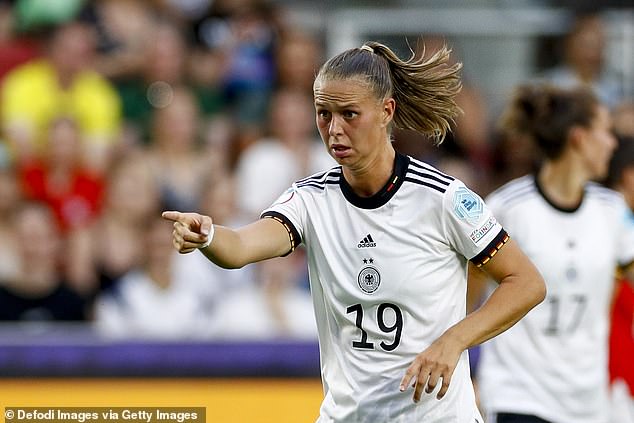 The forward has been a key player as Germany have romped to the semi-finals by winning all four of their matches without conceding a goal.

Buhl scored in the impressive 2-0 win over Spain in the group stages, but was mocked by her teammates after a glaring miss in the quarter-final win over Austria. 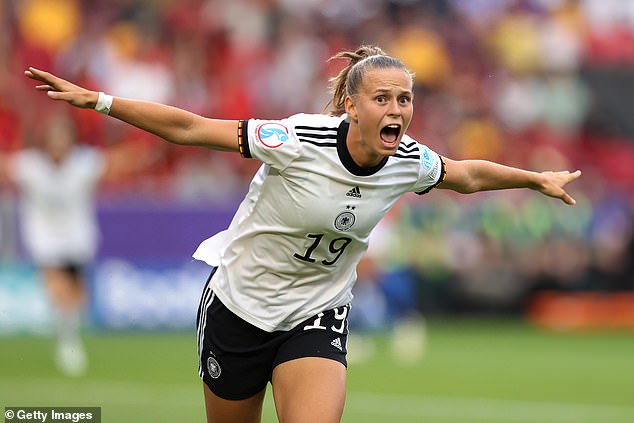 The winner of Germany and France’s clash in Milton Keynes will face hosts England or Sweden in the final at Wembley on Sunday.

Buhl, who made her international debut in 2019 and has netted 13 goals since, could still feature in the final should she test negative beforehand.

Germany are seeking to reach a ninth European Championship final.

The record eight-time former champions won six consecutive tournaments from 1995 to 2013 but were surprisingly eliminated in the quarter-finals last time round in 2017.