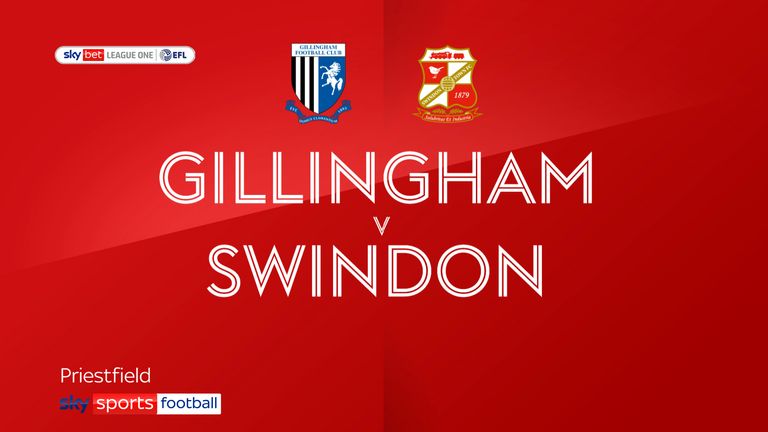 Goals from Vadaine Oliver and Trae Coyle set Gillingham up for their fourth win in five league games with a 2-0 defeat of Swindon.

The visitors, without a win at Priestfield since 1986, squandered two good chances to take the lead in the opening 75 seconds as Tyler Smith’s low drive was deflected wide before Anthony Grant blazed over from six yards when unmarked at the back post.

Gillingham opened the scoring against the run of play in the 17th minute when Oliver outmuscled Taylor Curran to latch onto John Akinde’s header and fire past Matej Kovar.

John Sheridan’s side should have drawn level midway through the first half but both Jonathan Grounds’ header and Tyler Smith’s effort from the rebound crashed off the bar.

Mathieu Baudry headed straight at Gills goalkeeper Jack Bonham before Matt Smith narrowly missed the target from the edge of the box as Swindon sought a deserved equaliser after the break.

But substitute Coyle sealed victory for Steve Evans’ side when he broke the offside trap to coolly slot past Kovar with 10 minutes remaining.