‘I spoke to Conte on the phone’: Olivier Giroud reveals Inter Milan, Lazio and Chelsea’s bitter rivals Tottenham tried to sign him in January but he is now keen on penning new Blues contract

Olivier Giroud admits he was very close to leaving Chelsea in the January transfer window after holding talks with Inter Milan.

Having only featured on the fringes of the Blues first team in the first part of the season, Inter were among a group of teams including Tottenham Hotspur and Lazio who were keen on landing the veteran France striker.

The 33-year-old claims he was sure to leave Stamford Bridge, before an injury to team-mate Tammy Abraham saw a potential move to the San Siro blocked. 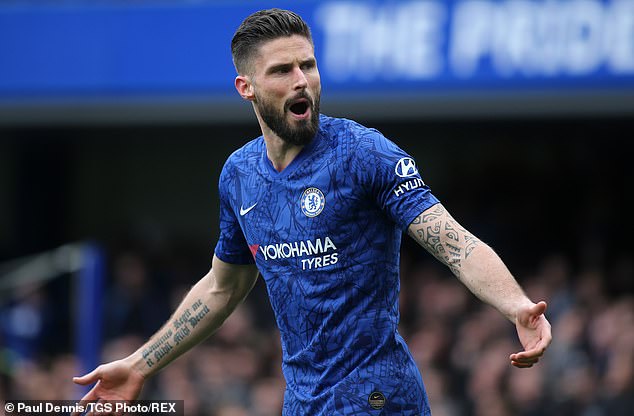 Giroud has spoken out on the January saga and how close he was to linking up with Antonio Conte, who had also signed him from Arsenal during his days as Blues boss.

‘Everyone knows that the sporting project of Inter was the most interesting for me,’ Giroud told Telefoot.

‘Lazio and Tottenham also looked for me. At one point, it was a question of where I wanted to go to play. I spoke to Conte on the phone.’ 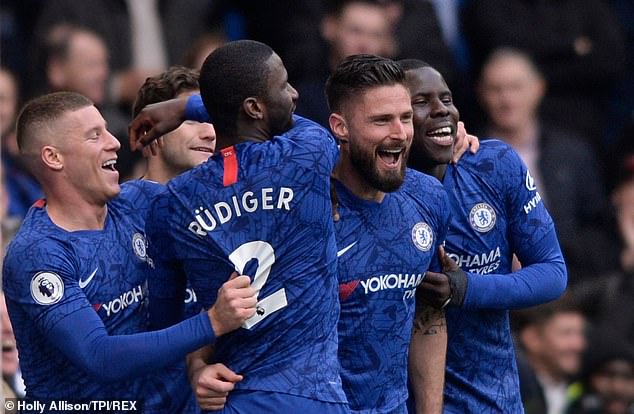 Abraham’s injury led to Giroud eventually getting a chance of a first-team run and before the coronavirus outbreak he had started the club’s five most recent games, scoring twice.

When asked on whether he wanted to remain at Chelsea beyond the summer when his contract expires, Giroud admitted he was open to staying in west London.

‘Yes. Yes. Of course,’ he added. ‘There are a few months to go, games to win and maybe another trophy, and after, you know, I think I have two [or] three nice seasons in front of me.

‘It’s not the time to talk about contracts and everything but I will make a decision when it comes.’ 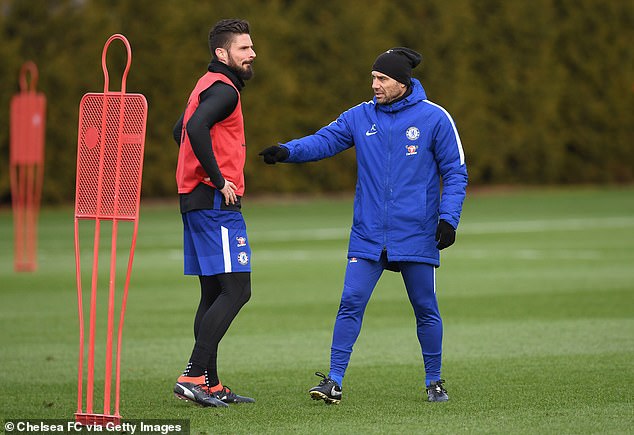