Yann Sommer has sounded a warning to his Borussia Monchengladbach team-mates ahead of Saturday’s clash with Bundesliga leaders Bayern Munich.

Having missed out on Champions League football last season, Gladbach are gunning for a top-four spot this season and sit fourth – level on 56 points with fifth-placed Bayern Leverkusen.

Bayern could seal the title with a win and defeat for Borussia Dortmund against Fortuna Dusseldorf, as they sit seven points clear with four games remaining. 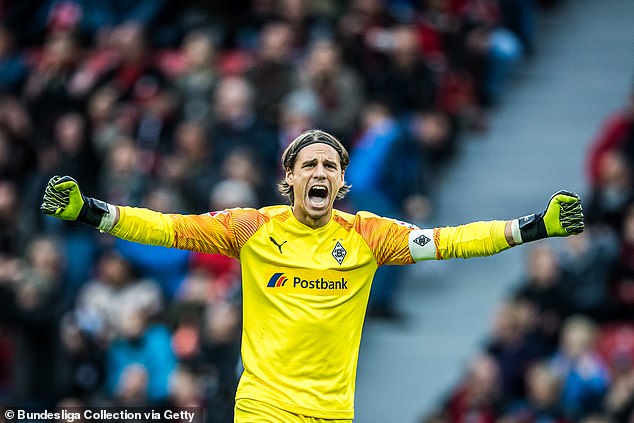 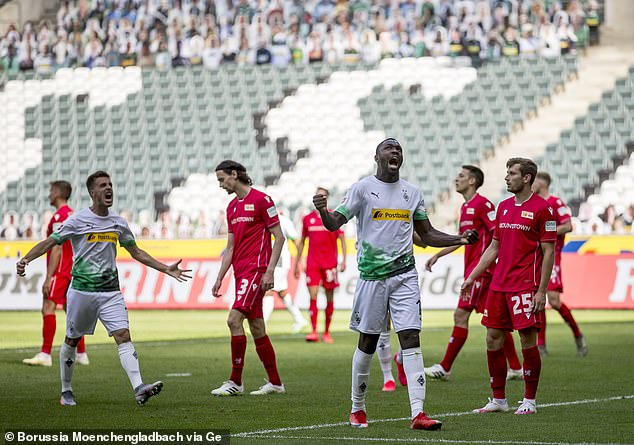 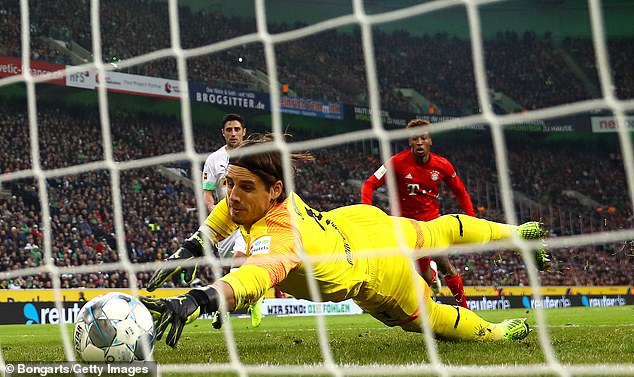 Sommer has impressed this season, producing an incredible stop against Bayern this term

Sommer, who has already made headlines for a stunning save against Bayern’s Joshua Kimmich in December, is looking forward to a high quality contest.

‘I think both of us want to play, want to have the ball and have a lot of quality,’ the Swiss keeper said.

‘That is why it is always a good and interesting game because both teams are defending really well and are compact.

‘But, when we, or they, have the ball, there is quality, a lot of speed and power in the game. Against teams like this, like FC Bayern Munich, you always need a little bit of luck in the right moments. 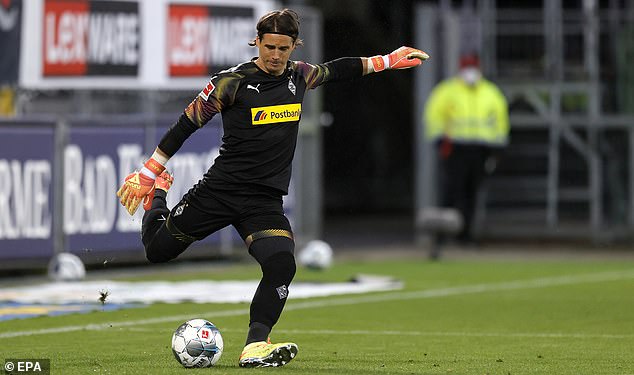 ‘I have both really good experiences and really bad experiences (against them). We need a perfect day to beat FC Bayern Munich.’

The 31-year-old has been with Gladbach since 2014 after moving from FC Basel, and has kept six clean-sheets this season.

More impressive is Sommer’s record against Robert Lewandowski, with the Polish front-man netting past the Swiss just three times – making Gladbach the club he’s struggled against the most since moving to the Allianz Arena.

Lewandowski arguably poses his greatest threat this season, already bagging 45 goals in 39 games and failing to find the net in only six of his 30 Bundesliga games. 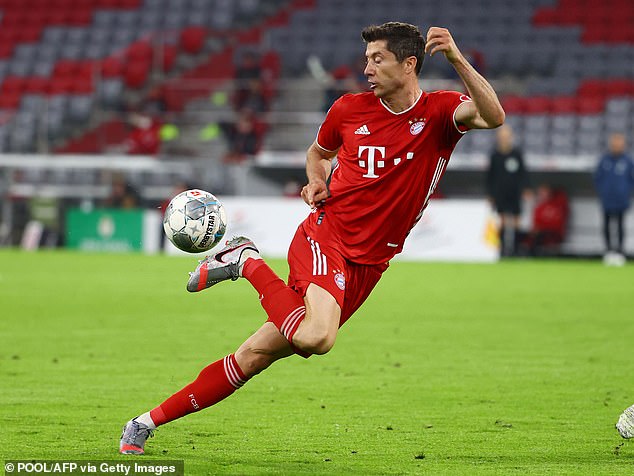 ‘He is world-class, of course, one of the best strikers in the world. To play against him is a big challenge for a goalkeeper and defence,’ Sommer added.

‘He is of course one of the best in his team but around him there is a lot of quality as well.

‘So, in the games against Bayern, you need a really good defensive performance, as a team, and, even then, we want to make it challenging to score against us. It is not easy and we want to do everything to keep it like that.’

BT Sport is the home of the Bundesliga, broadcasting every game. Watch Bayern Munich attempt to win the title vs Mönchengladbach, live action from 445pm, Saturday 13th June, BT Sport 1.