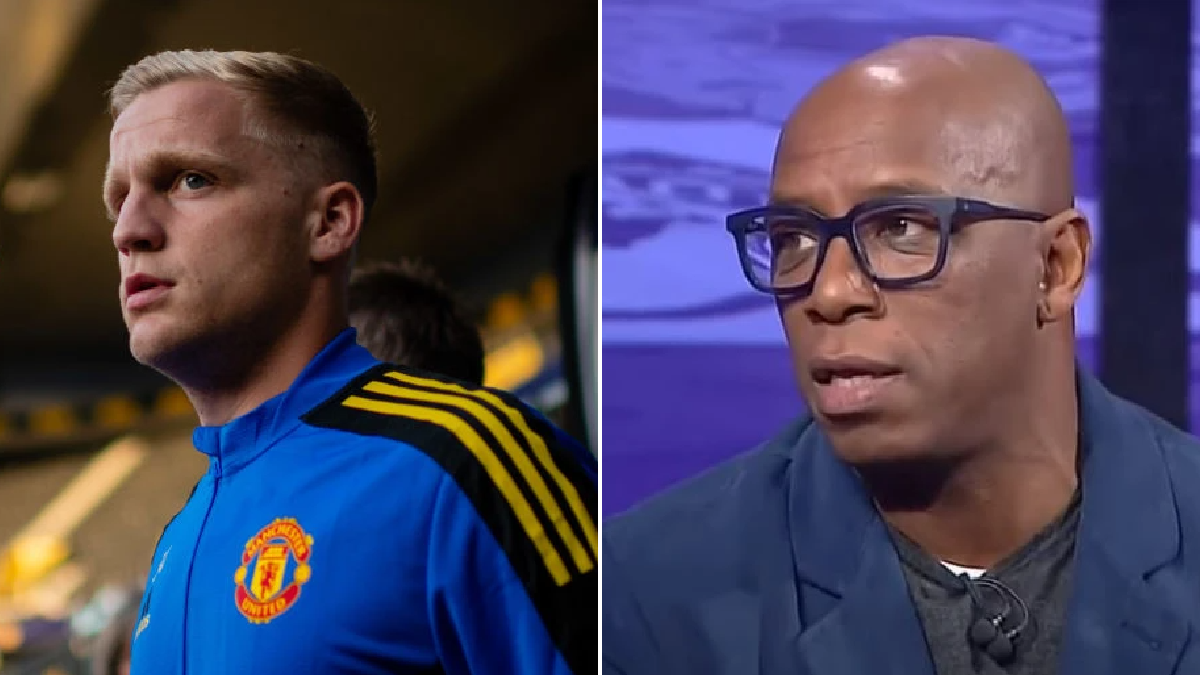 Donny van de Beek’s move to Manchester United was ‘wrong’ from the very start and he must leave the club in order to get more game time, according to Ian Wright.

United forked out £35million to sign the Netherlands international last September, but his playing time at Old Trafford has been extremely restricted since his arrival.

Van de Beek was limited to mostly substitute appearances in the Premier League last season, and in the opening stages of the 2021/22 campaign, his role has remained largely unchanged.

The 24-year-old has played just six minutes of league football this term, and looked visibly frustrated when he was left on the bench in United’s Champions League win over Villarreal at the end of September.

And Arsenal legend Wright has urged the midfielder to ‘get out’ of the club as he doesn’t see his situation changing any time soon.

‘The way that Ajax play with their possession football, the way that he’s grown up in that Ajax academy knowing how to make moves off of a team that are able to continually hold the ball, is totally different to how Man United play,’ Wright told Optus Sport.

‘It’s baffling to me that he went to Man United.

‘It’s not like they’re going to change the way they play for Donny van de Beek to play. The signing was wrong.

‘At this stage, I’ve not seen him play more than three games on the spin for Man United, it’s gone wrong.

‘He has got to get out of there because it’s not going to work for him at Man United.

‘He is not going to get the opportunity to play, and he is somebody that should be playing because he is a fantastic player.’

When quizzed on Van de Beek’s frustrations earlier this month, Ole Gunnar Solskjaer proclaimed that there is no room for sulkers in his dressing room.

‘It’s not just Donny, it’s players, I’ve got a squad of internationals and if we’re going to be successful we need positive energy, no sulkers,’ said the Norwegian.

‘Donny has never affected his teammates negatively. As soon as I see players affecting the team negatively then that’s a different scenario and I’ll probably be firmer.’

In response to those comments, Wright said: ‘We’re talking about somebody [Van de Beek] whose not even had a chance and he’s obviously been very professional about what he’s doing, and he’s [Solskjaer’s] saying if he sees anything different, what, he’s going to blow him out? Ridiculous interview.’