Graham Potter would reject Tottenham if they were to approach him about replacing Jose Mourinho, according to reports. The Brighton boss is said to be happy on the south coast and, even if he did want to leave, it would cost Spurs £15million to bring him to north London.

Their pursuit of a replacement for Mourinho has not gone to plan, with talks breaking down at the final stages with a number of candidates.

Spurs have been rejected by the likes of Julian Nagelsmann, Antonio Conte, and Julen Lopetegui as Daniel Levy mulls over his next move.

The Sun are reporting that the 46-year-old was briefly a target for Tottenham last week, but the extortionate compensation figure put them off.

They go on to say that while Potter wasn’t keen on moving to Spurs, he would be tempted to quit Brighton if a top-four job came up.

JUST IN: How Tottenham could line up under Nuno after five signings 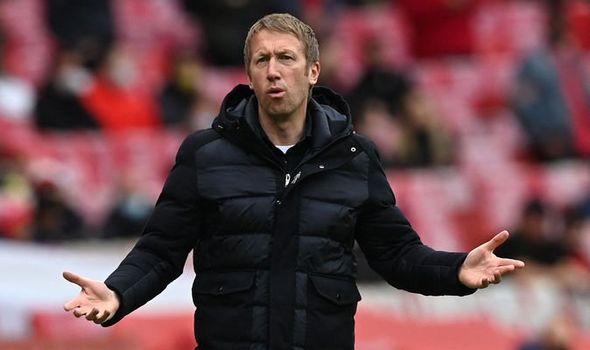 The former Ostersunds manager is happy to wait, hoping that he might be able to get an opportunity at either Liverpool or Manchester City, if they eventually came calling.

In two seasons with Brighton, he has secured 15th and 16th-placed finishes but has impressed many with the way he has got the Seagulls playing.

It is widely accepted that if they had been more clinical in front of goal, they would have finished in the top half of the Premier League table.

Tottenham sacked Mourinho on April 19 but are yet to appoint his permanent successor.

The likes of Antonio Conte, Mauricio Pochettino, and Paulo Fonseca have all come and gone on Daniel Levy’s wishlist.

However, while that’s the case, reports say some board members within the club harbour doubts over his credentials.

Ryan Mason has also reportedly been put on standby by the club to take charge of pre-season training. 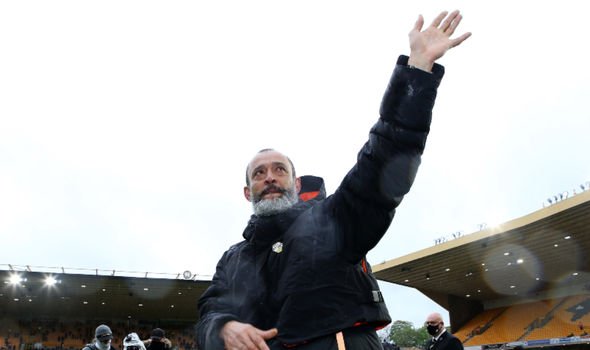 The former Spurs midfielder was made interim head coach until the end of the season in April after Mourinho was sacked, becoming the youngest manager of a Premier League club so far, at the age of 29.

Their players who were not involved in international duty are due to arrive back on July 5 for the start of pre-season training.

The club has now put Mason and his team – with Chris Powell and Nigel Gibbs as interim assistants, Michel Form as interim goalkeeping coach, and Ledley King as first-team assistant – on standby to take charge of preparations for pre-season.

This is in case a new man is not appointed within the next ten days.