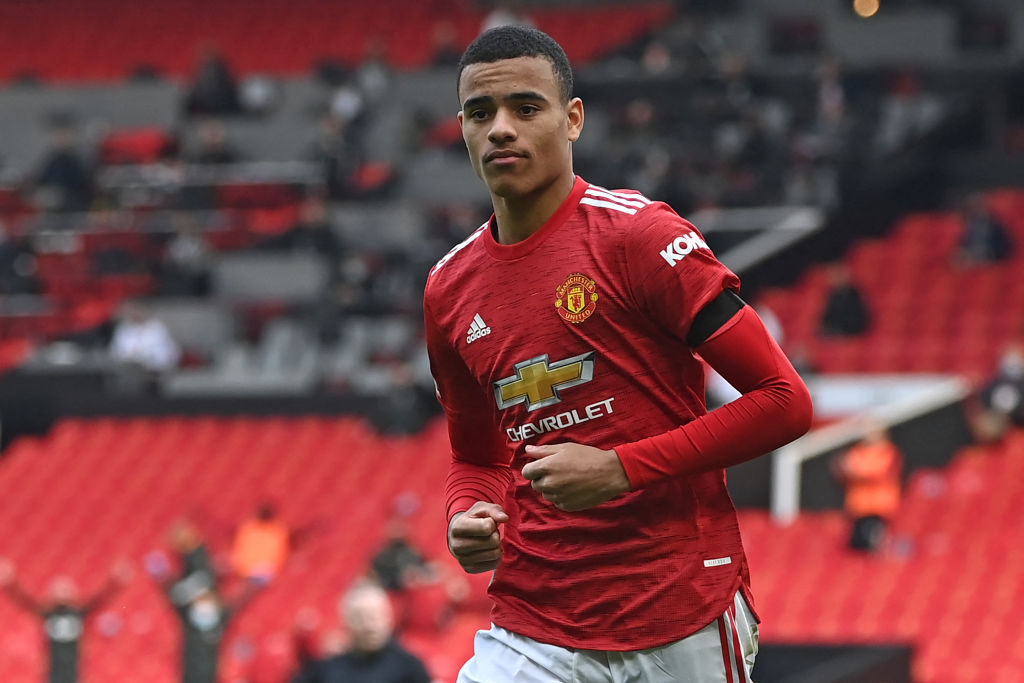 Manchester United forward Mason Greenwood told coaches he was ‘utterly exhausted’ after he was hauled off in a draw against Fulham in the side’s penultimate Premier League game of the season.

The 19-year-old withdrew from England’s European Championships squad on Monday morning, with United citing an ‘underlying injury’ as reason for his omission.

There was doubt over whether Greenwood would make the 26-man final squad but his form in the last part of the season – where the teenager scored eight goals in 14 appearances – had put the striker in with a good chance of making the squad.

Greenwood made a slow start to the season and his minutes were managed by Ole Gunnar Solskjaer, with the teenager completing 90 minutes in the Premier League just nine times over the campaign.

United had wrapped up second place by the time Fulham but Greenwood started against the Cottagers and looked below-par as he missed a simple one-on-one in the second half.

Greenwood was taken off midway through the second half and the Athletic claim he told Solskjaer’s backroom staff that he was ‘utterly exhausted’.

The teenager’s withdrawal was a boost for Arsenal playmaker Bukayo Saka, who could have missed out had Greenwood been fit.

Manchester United midfielder Jesse Lingard was another to miss out, though the playmaker will start for England tonight in a friendly against Austria.