Former FA chairman David Bernstein has told Sky Sports News he does not have total confidence the shortlist for Greg Clarke’s replacement will be diverse and inclusive.

Clarke resigned as FA chairman on Tuesday after he referred to black footballers as ‘coloured’ while giving evidence to a parliamentary inquiry.

He apologised and accepted his remarks were “unacceptable.”

Bernstein, who was FA Chair from 2011 to 2013, has called on an independent regulator to implement sweeping reforms at the governing body of English football.

When asked if he was confident the shortlist for Clarke’s successor will be diverse and inclusive, Bernstein replied: “Not total confidence, no. They must be in shock following what’s happened so there will be an awareness of what needs to be done. But the FA is an organisation very resistant to change.

“The FA Council is still not representative of this country as it is in 2020. In a way, if that isn’t right, if the structure and independence of the FA is not strong enough, these issues are much more difficult to deal with and the problems we had yesterday are more likely to occur. It may be that they are learning from this. 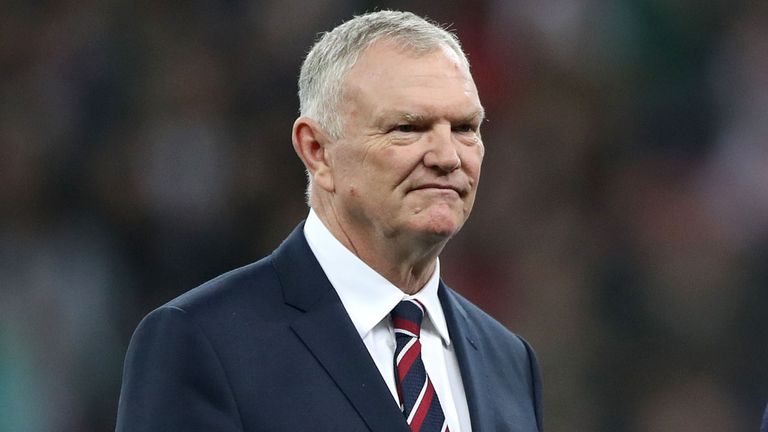 “They have to take diversity on board, and I don’t doubt that they will. But the point I’m making is that, whoever gets that position is set up to fail, in my view, with the structure that they have to deal with. We need to get the structure and the organisation sorted out to help a progressive Chair of the FA do what needs to be done.

“A fish rots from the head. If the head of the organisation is not modernised and up-to-date and forward-thinking, then these sorts of things will happen, inevitably.”

Bernstein concedes the shortlist for his appointment, in 2011, “would not be very acceptable now.”

“It was done in a professional way,” he says. “They used head-hunters. I was interviewed in some detail. It was a very thorough interview. I can’t disclose who else was on the shortlist, but I know who it was, and they were all of a similar sort of background. That’s something that would not be, I don’t think, very acceptable now. For that time, probably, it was a reasonable process, but what’s reasonable then is not reasonable now.

“When they go for it this time, they certainly need at least to have a shortlist which does have some diversity on it. I’m a great believer you have to appoint on merit and the strongest person, the strongest candidate, who needs to be a modern person, someone of independent thinking, and so on. The shortlist needs to have diversity within it, so that the final selection is a real choice with people of different backgrounds available for choice.”

“It’s pretty extraordinary what has happened. What he said was highly inappropriate. I don’t think, in the end, he had very much alternative but to resign. Clearly, he had lost the confidence of his colleagues on the board. I think he had to go,” he says.

“We need to appoint an independent regulator, supported by parliament, with the power behind them, to force through a range of changes,” Bernstein told Sky Sports News. “We need to do it now. The game is in crisis, even before yesterday.

“I have a lot of sympathy for the employees of the FA. There are some really good people there. I know how frustrated they are, or they were when I was there, at the structure we’re talking about. If they had a free voice in this, they would vote overwhelmingly to make these changes. A lot of work has been done but it gets undermined, constantly, by incidents, very serious incidents, liked we had yesterday.”

Bernstein has defended his own record as FA chairman.

“When I was at the FA, diversity was top of my agenda,” he says. “I was asked by the Prime Minister, David Cameron, to lead a review of diversity and of racism in football. I managed to get the whole of football to sign off a report with 100 recommendations, of which a lot were implemented. I got the first female director of the FA, Heather Rabbatts, who’s from a diverse background, believe me that wasn’t easy.”

Clarke resigns: Is this an opportunity for the FA?

Sky Sports News Chief Reporter Bryan Swanson analyses whether this is an opportunity for the FA to make a diverse and inclusive appointment.

Greg Clarke’s sudden resignation from the Football Association comes during a global crisis.

In the midst of a deadly pandemic, with the game losing £100m per month, the FA needs stable leadership more than ever.

Clarke told Sky Sports News he will “move back to the business world” and has remarked on his deep appreciation for the “great people I’ve worked with”, but he will remain in his post as one of the most powerful officials in world football until February.

Clarke’s resignation as a FIFA vice-president, on the all-ruling FIFA Council, has been delayed, he says, to protect UEFA’s voting rights until a replacement is appointed at a meeting in three months’ time.

But what is the FA’s long-term ambition for one of the game’s most influential positions?