Home » Soccer » Griezmann is the maestro that makes France sing, England must stop him

PETE JENSON: Antoine Griezmann is the maestro that makes France sing… much of England’s attention will be on Kylian Mbappe, but they will be punished if they don’t stop the Atletico Madrid star in their World Cup quarter-final

All eyes will be on France’s No 10 when England face Les Bleus on Saturday, but stopping the man who still wears seven on his back because of an old obsession with David Beckham will be just as important.

Antoine Griezmann is the ‘petit prince’ who lets Kylian Mbappe be king and keeps the peace in France’s surprisingly congenial dressing room in Qatar.

He will be 32 next March — he’s a veteran of the 2018 World Cup win and is already breeding racehorses like a player with one eye on what he’ll do when his career ends. But the quietly spoken Football Manager video game addict, who also has his own talent agency for young players, is performing as well as at any time in his international career. 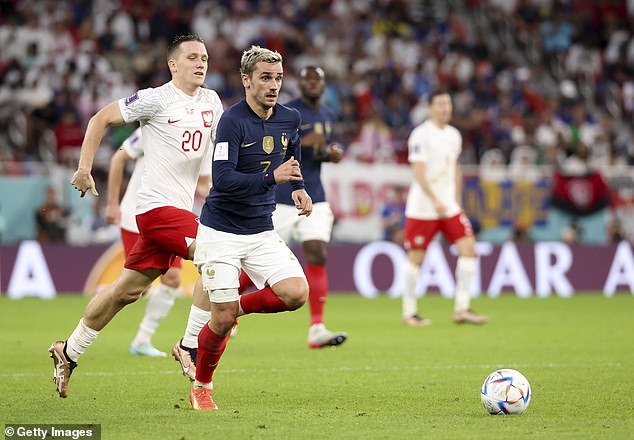 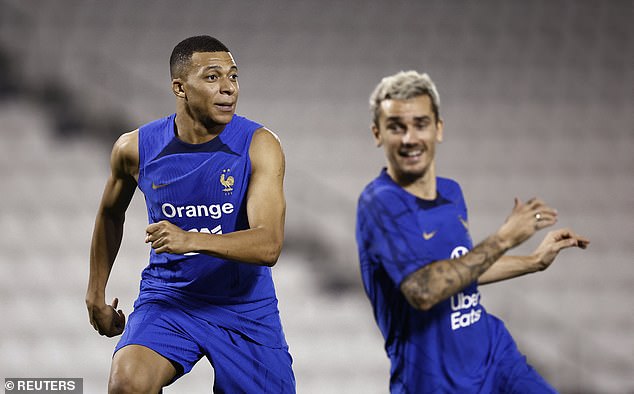 Kylian Mbappe is the main star for France, but Griezmann is also a key player in their team

France suffered from injury setbacks before the tournament began, with Griezmann’s friend Paul Pogba one of the first to be ruled out. At one point, it seemed Pogba’s return to Manchester United would ensure Griezmann ended up at Old Trafford — where he’d wanted to go since he became enamoured with Beckham.

There were chances but wife Erika had her heart set on raising their kids in Spain and so Griezmann never made the move.

Pogba was always the loudest motivational voice in the French dressing room. His speech before the World Cup final four years ago is the most famous example. Griezmann has never been as vociferous but has helped fill the void, speaking before matches. And, as someone who knows what it is like to lift the trophy, he is respected and listened to.

The other big pre-tournament blow was Karim Benzema’s failure to get fit in time but although France lost their Ballon d’Or winner, they gained a dressing room harmony that might not have been attainable otherwise.

With Benzema and Mbappe in the squad, there were two No 1s. The pair don’t get on particularly well, in part because Benzema felt slighted when Mbappe indicated he would be joining him at Real Madrid, only to stay at Paris Saint-Germain. 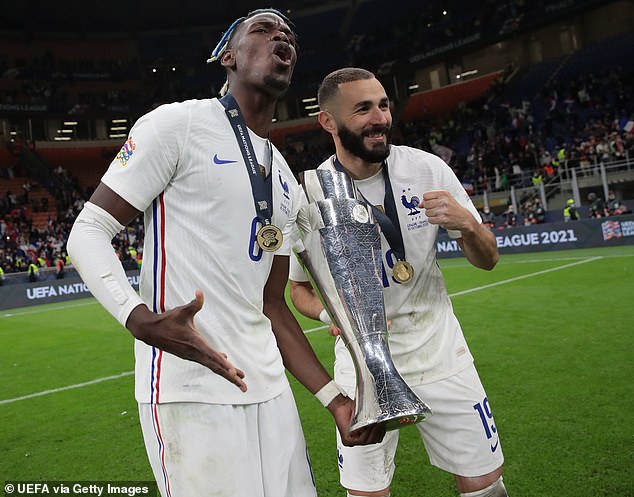 Now Mbappe is the undisputed leader and if there is another player on his level in terms of standing, then it’s Griezmann — who is far happier to take a step back from the spotlight.

‘He gets on with everyone,’ says L’Equipe’s Antoine Simonneau. ‘The older players such as Hugo Lloris, Adrien Rabiot and Raphael Varane, as well as Ousmane Dembele, who he helped at Barcelona and Theo and Lucas Hernandez who he knows from Madrid; everyone. There’s good spirit in the group — no tension.’

Griezmann has spent his whole career in Spain since being taken on by Real Sociedad aged 13. They didn’t want him in France — six clubs turned him down, Metz most dishearteningly, having made clear their interest only to write him off as ‘too small’.

He was fast-tracked to the Real Sociedad first team aged 18, and when he scored his first goal, he skipped over an advertising board and jumped in the sponsor’s car parked in front of the stand. Three team-mates jumped in and Griezmann pretended to drive. Wacky goal celebrations became his thing — diving into a heap of snow and posing with a security guard were notable others.

When he went to Atletico Madrid, there were doubts that this frivolous and physically unimposing winger would make it under Diego Simeone but he transformed himself into an all-purpose forward and that helped attract United’s and eventually Barcelona’s attention.

Barca lacked the vision to do as France have done and convert him into a midfielder. His two years there will always be remembered as underwhelming. 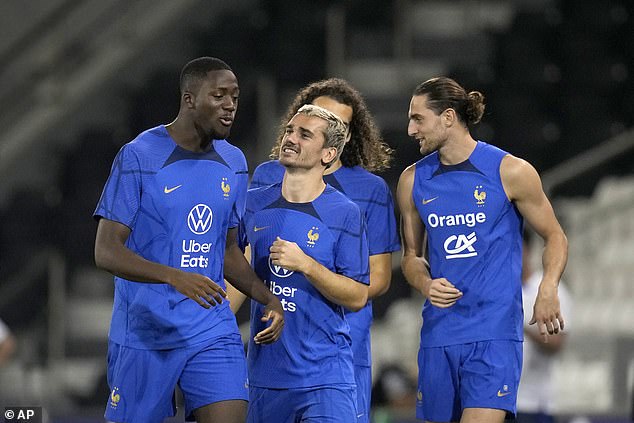 Griezmann is a popular figure in the France squad, and has kept the dressing room harmonious 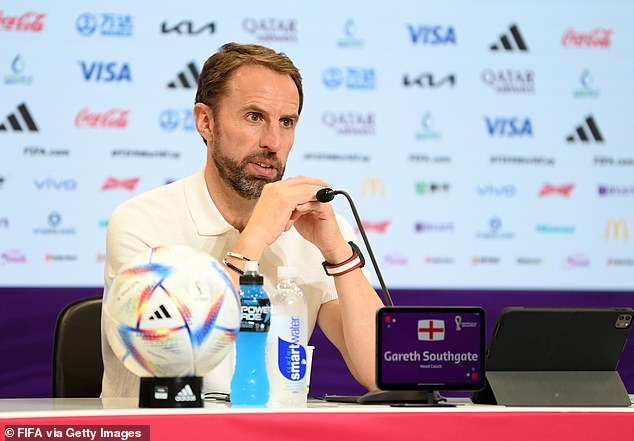 But team-mate Martin Braithwaite told Sportsmail last month: ‘People who don’t understand only see the things that are really visual like a guy who goes past opponents or scores goals. But he has so much quality. He was amazing to play with. He sees passes, he’s generous and works hard — a true team player.’

Now, with France, it’s Mbappe going past people and scoring the goals, but while the Paris Saint-Germain star is the clanging cymbal and resounding gong up front it’s Griezmann with the conductor’s baton in midfield.

‘They never really called him ‘petit prince’ in France,’ says Simonneau. ‘It was a name given to him in Spain. For us, he’s the maestro, the light of the team.’

If England can switch him off on Saturday, they will have a far better chance of leaving Mbappe and Co in the dark, and making it to the semi-finals.

Gianluca Vialli condition 'has worsened' as he continues cancer fight

Casemiro and Alaba in 'serious doubts for Champions League semi-final'