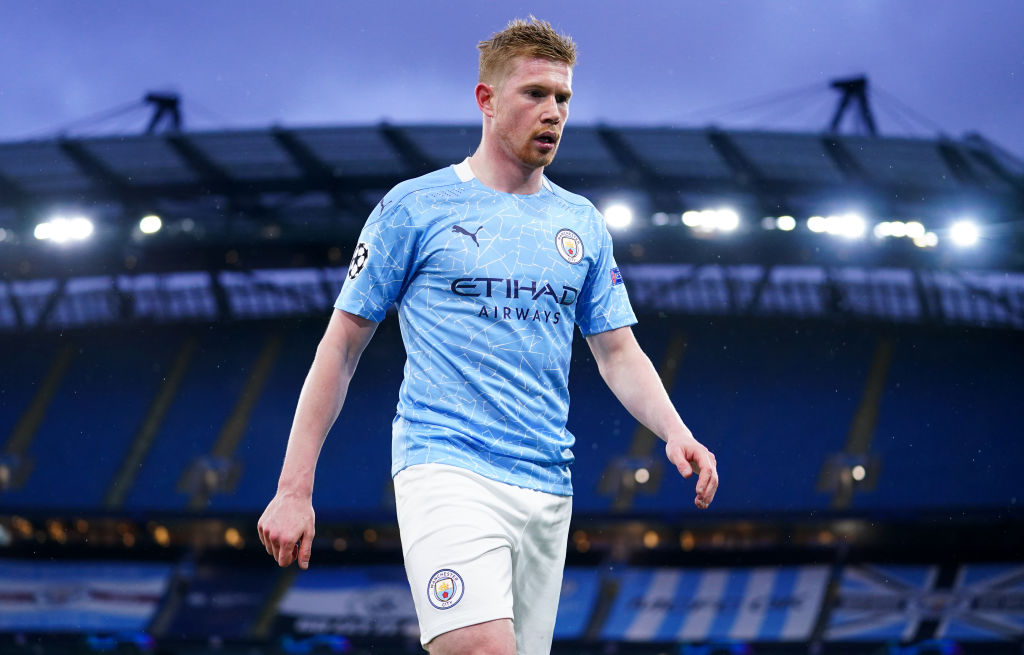 Pep Guardiola has confirmed that Kevin De Bruyne has returned to training for Manchester City and is available for the trip to Brighton on Tuesday, although he is far from guaranteed to start the match.

The Belgian has been out of the last two matches due to a minor muscle injury that was never likely to keep him out for long.

The 29-year-old missed the Premier League defeat to Chelsea and win over Newcastle and is likely to be involved in the away game at Brighton on Tuesday night.

However, he is likely to be given a reduced role, with nothing on the line against the Seagulls and with the Champions League final against Chelsea coming up on 29 May.

‘Kev is important like everyone is. The fact when we are able to stick together and be able to push each other will be possible to win it.

‘Kevin is important everyone knows it but everyone is at the same level, we will see his level and see if he is fit to play.’

Before the showpiece against the Blues, City also host Everton on Sunday, just six days before the final, but Guardiola insists they will be taking these upcoming Premier League games very seriously.

‘We focus,’ he said. ‘We will have six days to prepare for the final, that goes into the details. Now we prepare for the Brighton game like we have done all season,” Guardiola added.

‘Working to prepare for Brighton helps us for the final. I am not focused on Chelsea. We wouldn’t prepare well if we weren’t prepared for Brighton and Everton.

‘Tomorrow we are going to play a game to win again, it’s the best way to arrive for the final. (For the) final five or six days we will be more focused for Chelsea.

‘People need to maintain rhythm to play their best in final as possible, and the only way is to train well.

‘We train as usual to arrive at the Brighton game and Everton game and the Champions League final as best as possible.’