Pep Guardiola suggested Manchester City were allowed to dominate the derby by a cautious Manchester United.

The Premier League champions were in complete control, with Phil Foden claiming they had ‘the game of our lives’.

Guardiola disagreed with Foden, insisting there is more to come from his team after recording his sixth victory at Old Trafford since taking over five years ago. 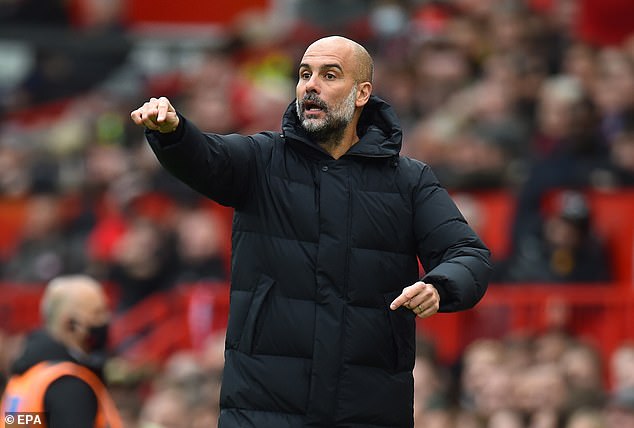 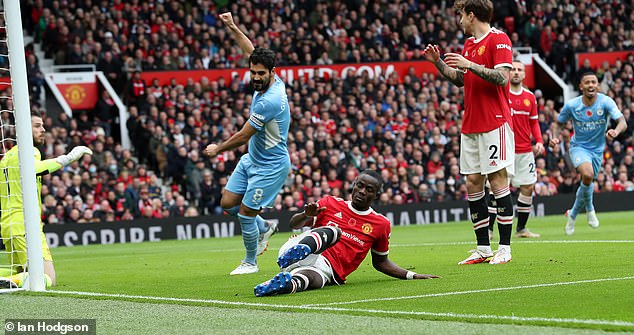 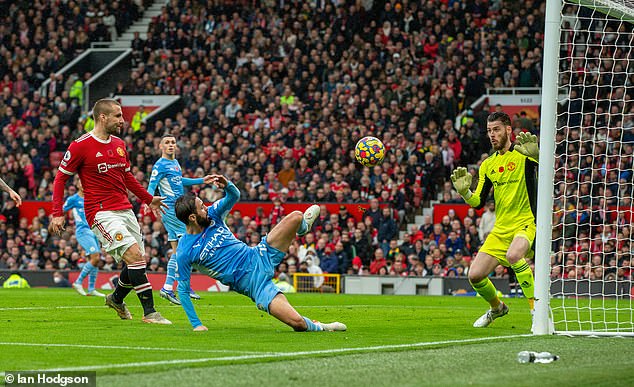 ‘Let me be gentle: I never analyse or judge what the opponents do,’ Guardiola said.

‘They wait behind and punish us on the counter-attack. They wait. Maybe because they respect us. That’s a big compliment.

‘The best way to silence Old Trafford is to have the ball with a lot of passes and attack the box in the right moment and we did it.

‘For our fans, City is the best club in Manchester. Only we can say in the last years is we’ve done really well, winning a lot of titles and being there all the time. I still see how the players run and fight.

‘It doesn’t matter where we are, home or away, we go there to play our game. Against our neighbours, we came and did our game. 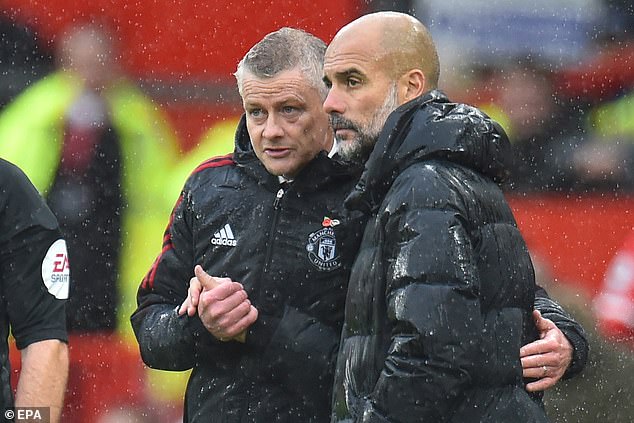 ‘We control, control and they wait for counter-attack or a set piece to punish you. The best way to not let them run at us? Have the ball. Have the ball.’

Foden revealed how City had planned to pick United off after a performance that Guardiola’s side required following last week’s shock defeat by Crystal Palace.

‘We knew we could exploit the space in behind and we picked the right times to do it,’ Foden said.

‘My team-mates found me a few times in behind and on another day I could have finished the chances. 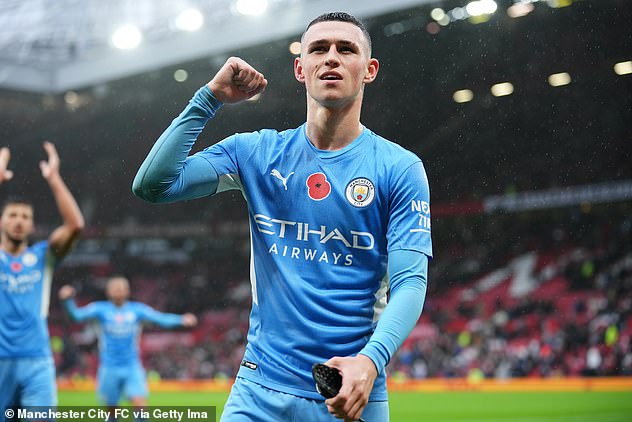 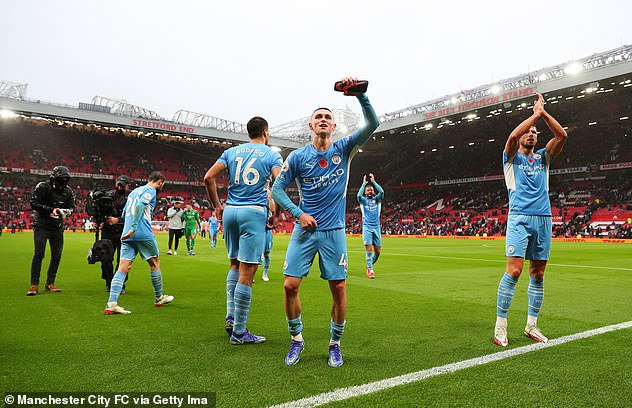 ‘We had the game of our lives today. Everything went right, a lot of possession and chances. We dominated from start to finish. Possession, picking the right times and when to hurt them.

‘We got in at half time and said we had to keep up the possession game and I thought we did that really well.