Pep Guardiola has insisted that Manchester City’s stars will not travel away on international duty if visiting red-zone countries.

City will discuss the issue with their players after Sunday’s Manchester derby but their manager was resolute those who will be required to quarantine for 10 days on their return will not turn represent their nations.

‘It makes no sense for them to go,’ Guardiola said. ‘We are working here, incredibly tough for eight months, and then important players can’t play for 10 days. They are not going to fly. 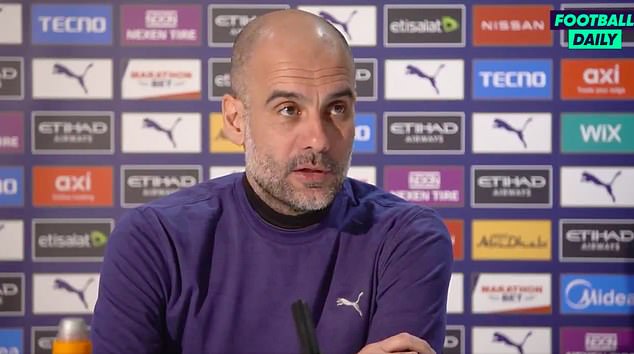 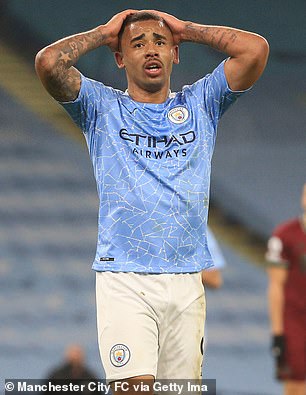 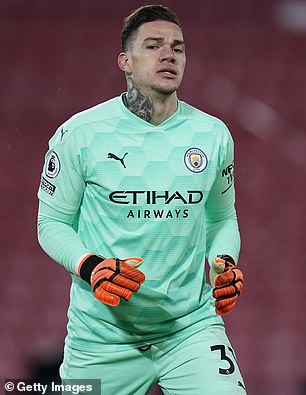 ‘If they can fly and come back with us then they will fly. But we spend a lot of hours and money for the important time of the season.

‘We want to let them go, we know it’s important. I’d never say don’t go but it makes no sense to do it and not play for 10 days when we are playing in the Premier League, hopefully the Champions League without them.’

City appear to have been handed a boost with their Portuguese contingent of Bernardo Silva, Joao Cancelo and Ruben Dias. Portugal, a red-zone country, have switched a home World Cup qualifier against Azerbaijan from Lisbon to Turin. 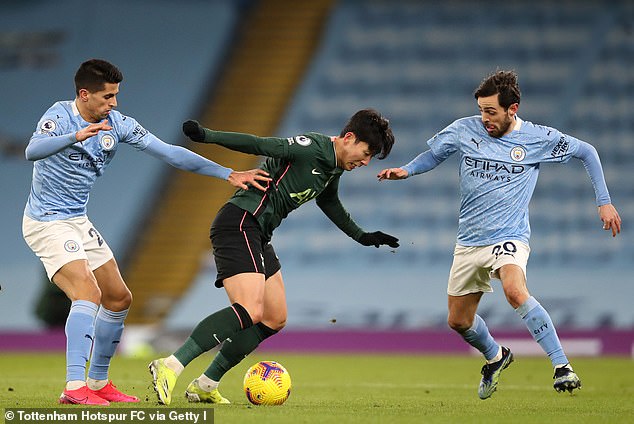 Portugal players Joao Cancelo (left), Bernardo Silva (right) and Ruben Dias may be able to represent their country with their home game being moved to Turin

Gabriel Jesus and Ederson play for Brazil, who have crucial qualifiers with Argentina and Colombia. Argentina manager Lionel Scaloni cast doubt over whether Sergio Aguero would be selected.

‘UEFA or FIFA might make something special,’ Guardiola added. ‘We’ve followed the protocols for eight, nine months, in the bubble, no restaurants, testing. Then afterwards we leave the players and they go in a red zone and cannot play when we are playing three or four days. I’m pretty sure that UEFA will understand this argument. I’m pretty sure we will talk about that next week.’

City can go a staggering 17 points clear with victory over Manchester United at the Etihad Stadium on Sunday and Guardiola rejected suggestions he paid Ole Gunnar Solsksjaer too much respect in the first league meeting back in December, which ended goalless.

‘Guys, it’s Manchester United,’ Guardiola said. ‘They are top, top class. It’s a privilege for us to compete with them. They are so strong in all departments.

‘Decisions depend on the circumstances at the moment. The respect always was there. From the first time I played at Old Trafford as a player. I respect United. Scared is not the right word to explain how I approach an opponent. 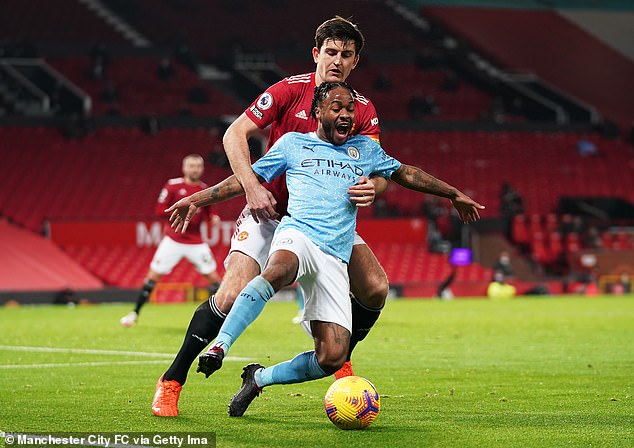 ‘I prepare to beat the opponents, that’s for sure, 100 per cent. I was really impressed with how they played at Stamford Bridge, how brave they are in many aspects. We accept the challenge.

‘It always looks like City aren’t on the front foot, never the opponent. We’re going there to win the game. You can play with seven defenders and have a mentality to win the game. Our approach is well-known and Sunday will be no different.

‘The analysis (in December) was that it was boring but we were not at our best in that moment. We weren’t in a good moment but the intention was to win.’