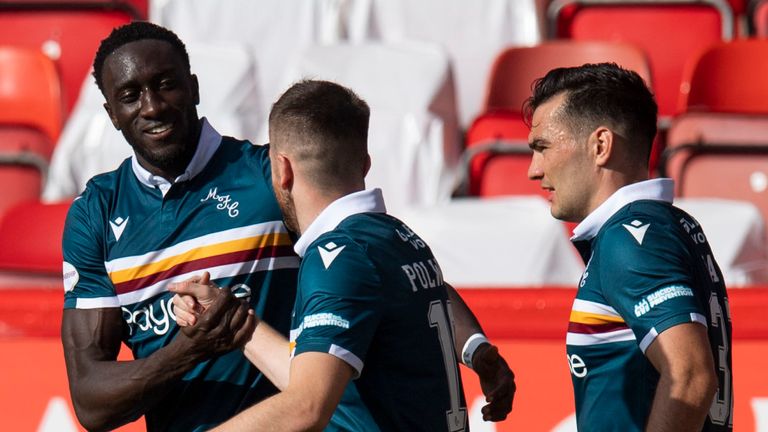 Motherwell will be without for players for their trip to Israel, albeit there are no new absentees for Stephen Robinson’s men.

O’Hara: Let’s keep on a high

Motherwell midfielder Mark O’Hara is hopeful the side can keep up their encouraging form – after a nail-biting penalty shoot-out win over Coleraine in the second round of Europa League qualifying last Thursday, Robinson’s men then beat Aberdeen 3-0 at Pittodrie on Sunday.

“Last Thursday wasn’t ideal circumstances, we would have been delighted to get a comfortable win,” he said.

“But sometimes winning in that manner gives you a lift as well, because we went from such a low to such a high again.

More on this story

“I think that’s why we started so well on Sunday, everyone was still on such a high. Hopefully the high will continue.”