Sweden 2-1 Switzerland: Hanna Bennison’s first goal for her country seals victory after Ramona Bachmann had dragged the Swiss back into the game two minutes after going behind

Hanna Bennison’s stunning 79th minute strike gave Sweden a vital 2-1 win against underdogs Switzerland, who had cancelled training on Monday due to a stomach bug in their camp, to keep Sweden’s EURO 2022 campaign alive.

After a frustrating first half Rolfo got Sweden off the mark eight minutes into the second period with her 23rd for her country before PSG’s Bachmann’s curled effort drew the Swiss back level less than two minutes later.

Bennison then gave the Swedish side the winner with a brilliant effort from outside the box as Sweden go top of Group C, with group favourites Holland taking on Portugal later on Wednesday evening. 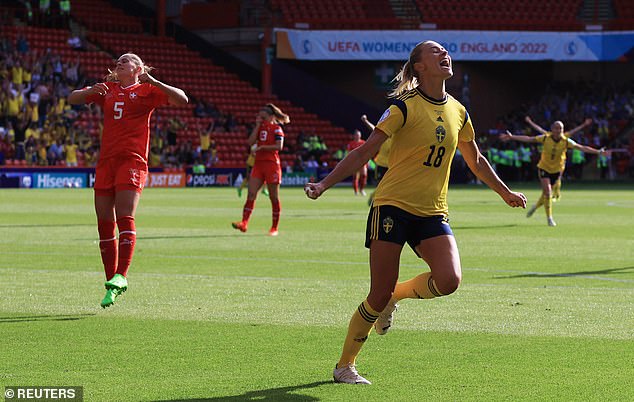 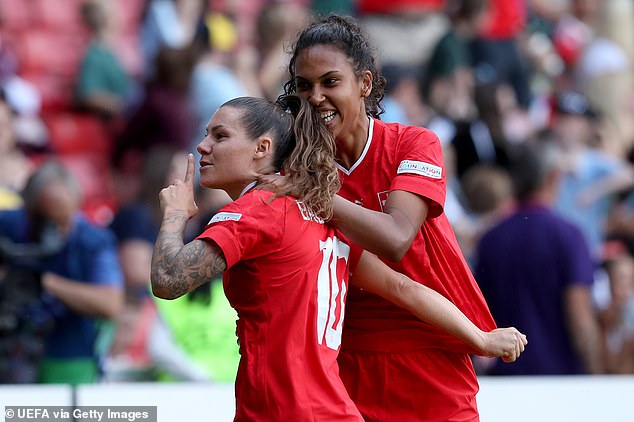 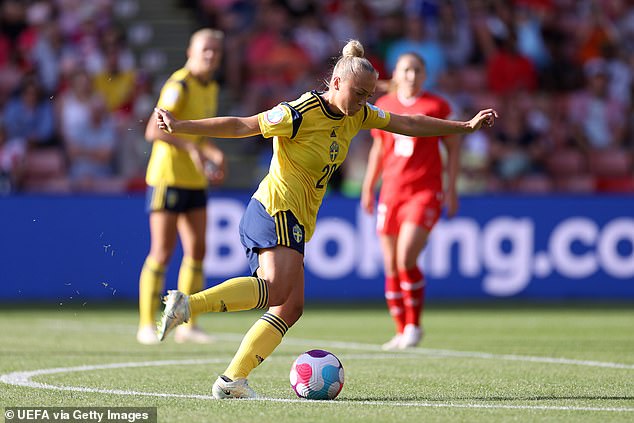 Taking a knee: Football fans across Europe asked about its importance and if they support it