‘The way he plays is not normal!’: Owen Hargreaves hails ‘Swiss-army knife’ Jude Bellingham and compares him to Steven Gerrard… as Joleon Lescott insists the Borussia Dortmund midfielder ‘should be in the starting XI’ for England at the World Cup

Jude Bellingham should ‘definitely’ start for England at the World Cup this winter, according to Owen Hargreaves.

Despite his Borussia Dortmund side conceding two late goals to lose 2-1 to Manchester City in the Champions League on Wednesday night, Bellingham was one of the standout performers at the Etihad Stadium.

He opened the scoring in the 56th minute as he met Marco Reus’ cross with a glancing header past Ederson. 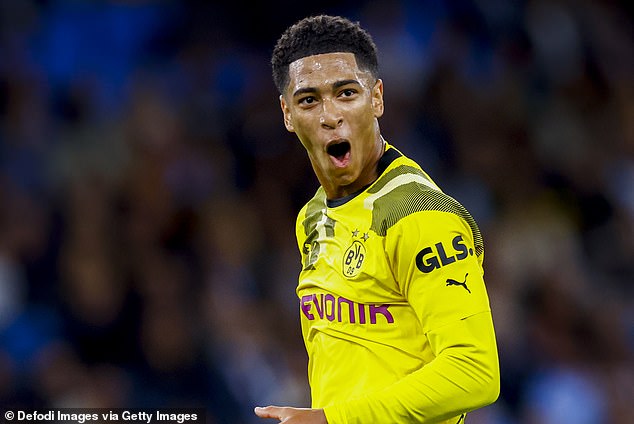 Bellingham only turned 19 at the end of June but is already being discussed as a crucial player for England.

‘The way he speaks and plays for a 19-year-old is not normal,’ Hargreaves said on BT Sport after Wednesday’s game. ‘Popping up and scoring against City, he’s a Swiss-army knife. He’s up there with the best.

‘Jude can be physical like Stevie G and play balls over the top, those are the players you’ve got to worry about. He starts for me [at the World Cup] definitely.’ 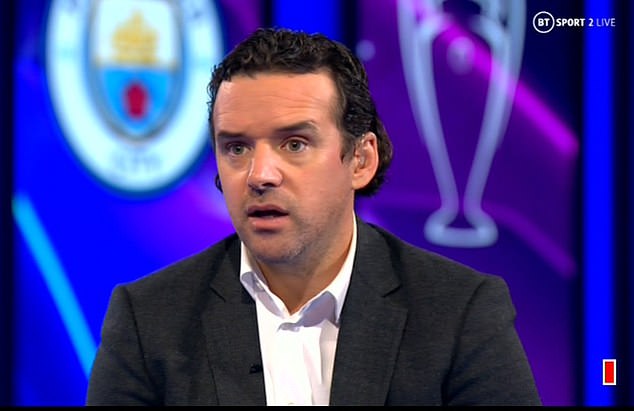 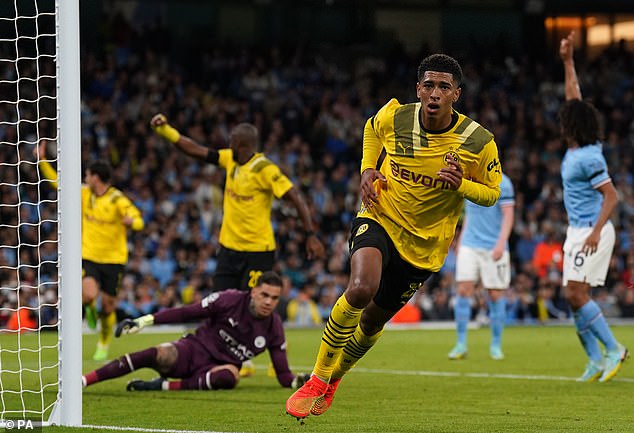 ‘I don’t think it’ll be a debate if he’ll be in the squad, it’ll be whether he’s in the starting XI,’ Joleon Lescott added. ‘His impact and influence is unique to most defenders. He’s able to drive forward and recognise the space.

Bellingham has 15 caps for England after becoming the third-youngest senior player in Three Lions history when he made his debut against Ireland in November 2020 at the age of 17 years and 136 days. 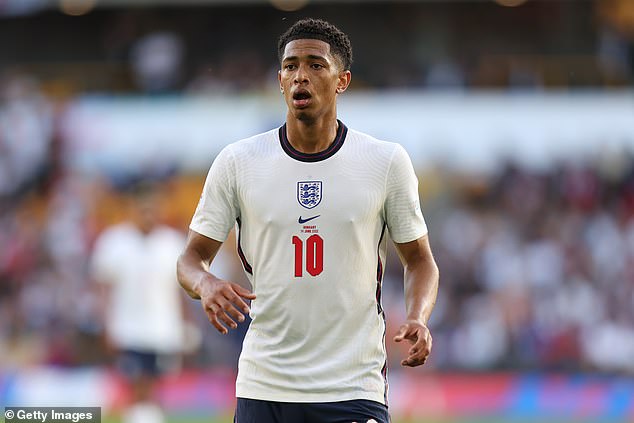 He has started three of the last five England matches and is expected to be in Gareth Southgate’s squad for Nations League games against Germany and Italy later this month.

The teenager has three goals in nine appearances for Dortmund this season, meaning he is already halfway to his tally from last term.

He was the subject of transfer interest from Liverpool and Real Madrid in the summer but stated his desire to remain at Signal Iduna Park for at least one more year.